Nearly 70% of the Earth's freshwater is locked up in glaciers and ice caps, ground ice, and permafrost. However, this ice is melting at an unprecedented rate.

A new scientific survey based on satellite observations and numerical models reveals that 28 trillion tonnes of the Earth's ice have melted away in just 24 years. About 58% of this global ice loss happened in the Northern Hemisphere. 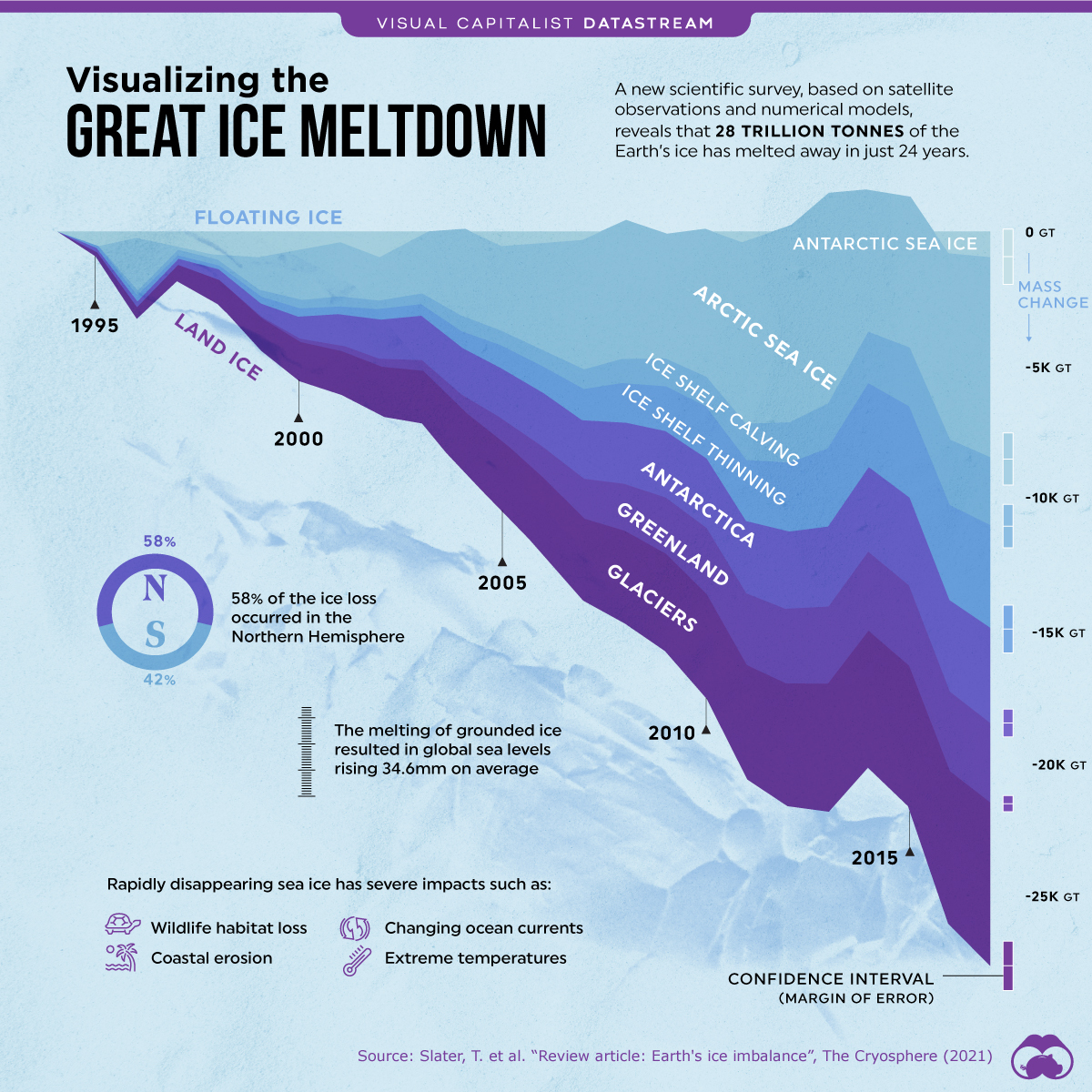 Such volumes of melting ice are hard to imagine. For comparison, 1 billion tonnes of water is equivalent to 400 thousand Olympic swimming pools.

It's then a bit simpler to perceive why, when multiplied tens of thousands of times, this much-melted ice has occurred in global sea levels, increasing by 34.6 millimeters on average.

If all the ice on planet Earth melts, the world's oceans' level will rise by 70 meters.