Antarctica is the most giant landmass covering 2.7 percent of the Earth’s surface (14 million sq km or 5. million sq mi).

Deserts make up 33% or a third of the land’s surface area.

VisualCapitalist made a splendid chart, visualizing the surface of our Earth. 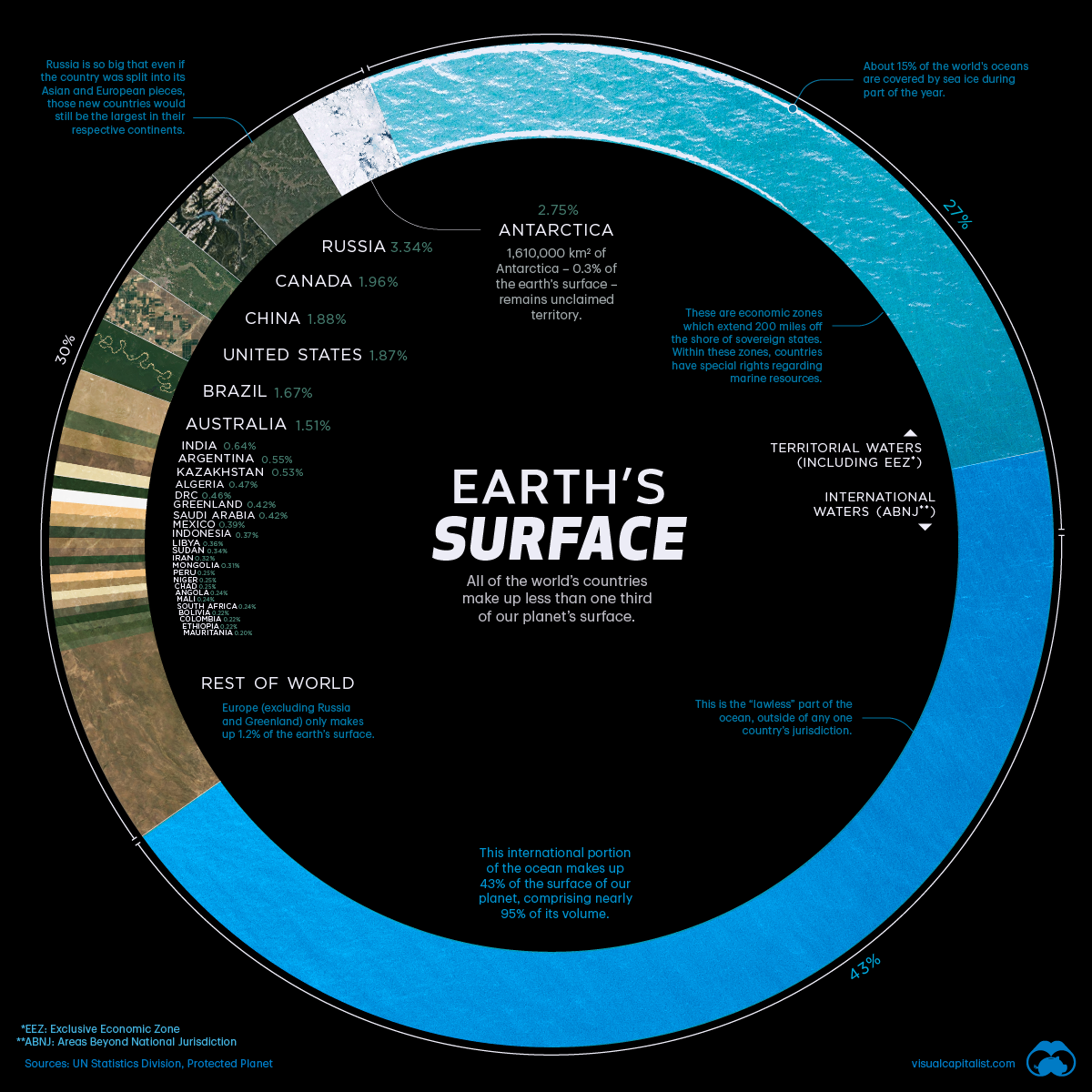 Seventy percent of the planet's total surface is covered with water (362 million sq km or 140 million sq mi): 27 percent territorial waters (exclusive economic zones) and 43 percent worldwide waters beyond national jurisdiction. Ninety-seven percent of all water on the earth is saltwater, and only 3 percent is freshwater.

At first sight, it may seem that the planet is a watery world, but this is not correct. The globe visualization designed by the U.S. Geological Survey shows blue spheres depicting relative amounts of Earth's water compared to the planet's size. 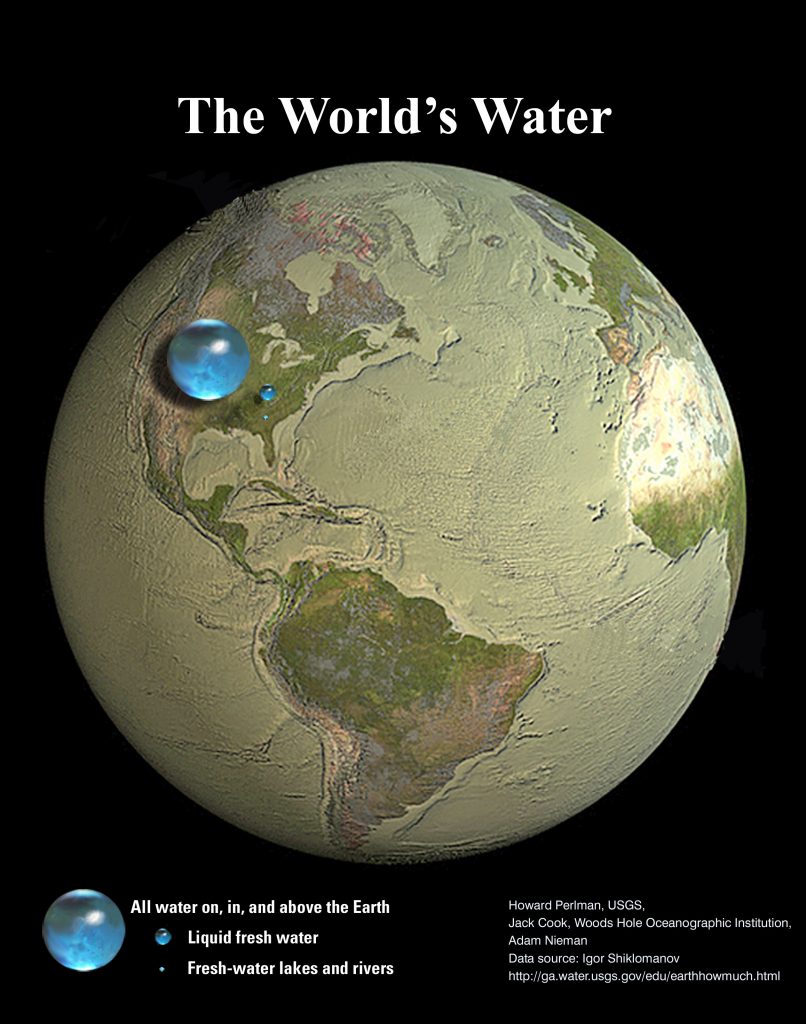 The largest sphere amid drained oceans, representing all water on, in, and above the planet, would be around 1.4 billion cu km (333 mi cu mi) and be approximately 1,39 kilometers (860 miles) in diameter.

The smaller sphere represents the planet's freshwater. This sphere's volume would be approximately 10.6 million cu km (2.6 mi cu mi) and make a sphere around 273 kilometers (170 miles) in diameter.

You will see a little sphere depicting fresh water in all the rivers and lakes on Earth if you look carefully. This sphere's volume is about 93,000 cu km (22,000 cu mi), and the diameter is about 56 kilometers (35 miles). Lake Michigan seems way more notable than this sphere, but this bubble's high is nearly 35 miles, while the average depth of Lake Michigan is less than 91 m (300 ft).