The Human Impact on the Earth's Surface

There is no agnosticism that human activity has changed the planet, but to what extent?

As it turns out, approximately 95 percent of the planets' surface is experiencing some form of transformation, with 85 percent having signs of multiple types of human influence. 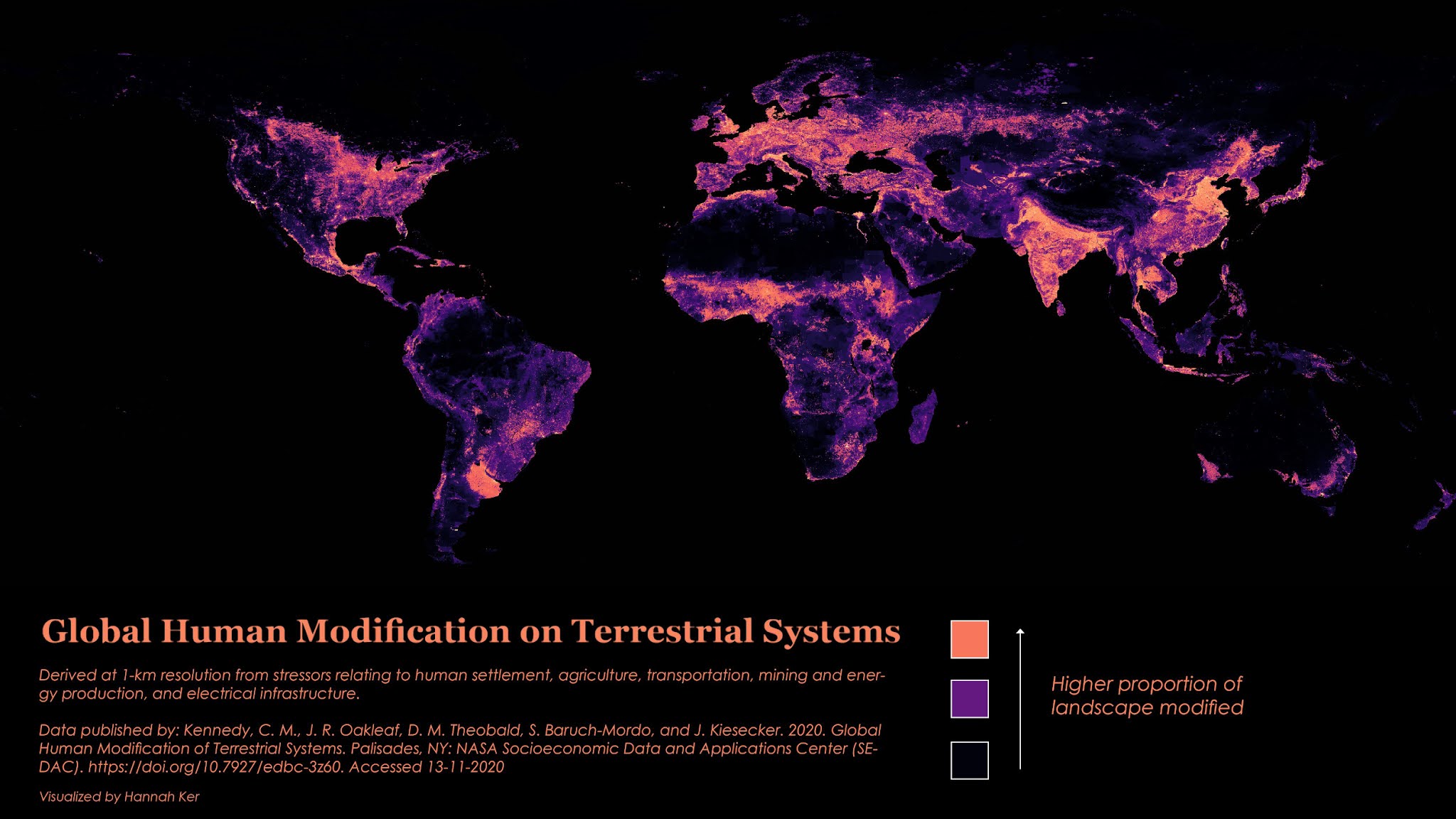 The map is based on the Global Human Modification of Terrestrial Systems data, which traces the physical extent of thirteen anthropogenic stressors across 5 categories.

The researcher gathered all these factors and scaled their impact from 0 to 1. Then, he mapped these effects. The land's surface was organized into cells of one square kilometer.

Just five percent of the world's lands are untouched by humans, which amounts to nearly seven million km² of the planets' land. Forty-four percent (59 million sq km) is classified as a low modification.

Below is a glance at how Earth's different biomes fare under this ranking system: 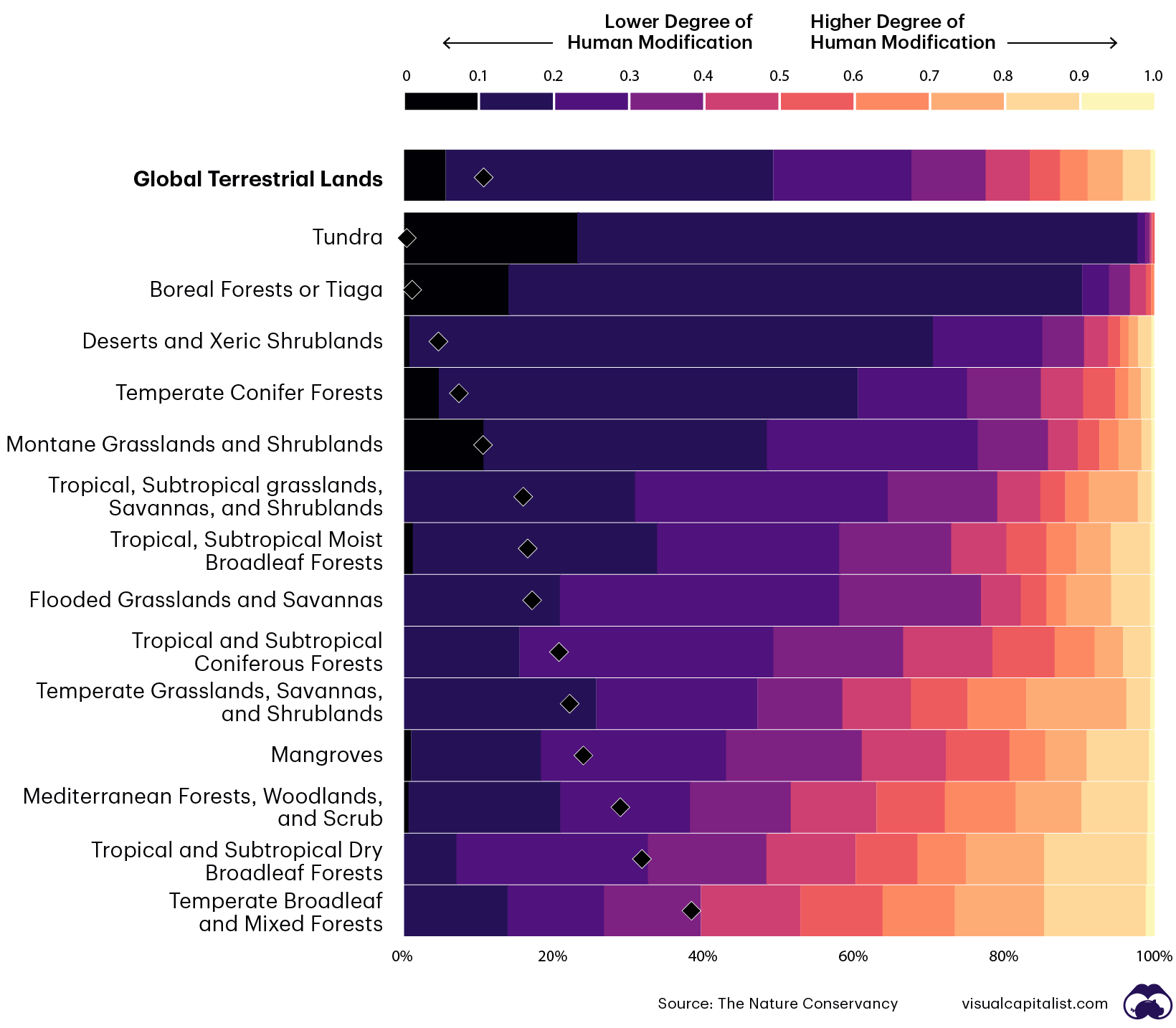 Out of the fourteen biomes studied, the least changed biomes are tundra, deserts, montane grasslands, boreal and temperate coniferous forests.