Forests in the world

According to the FAO, forests cover about 4 million square kilometers (or 15.1 sq mi), about 30 planets of the Earth’s land surface.

Needleleaf forests grow mostly in territories that have long, harsh winters. These forests spread over Canada and northern Europe.

Scarce needle-leaf forests grow in some warmer territories. For example, the Southeastern U.S. states have extensive groves of pines, such as Pinus taeda and Pinus palustris.

Evergreen broad-leaved forests grow in the subtropical, tropical, and equatorial territories of our planet.

Deciduous broadleaf forests are a type of temperate forest ‘dominated’ by trees that lose their leaves each year. They are growing in regions with mild, humid summers and cold winters.

The number of tree species in the world 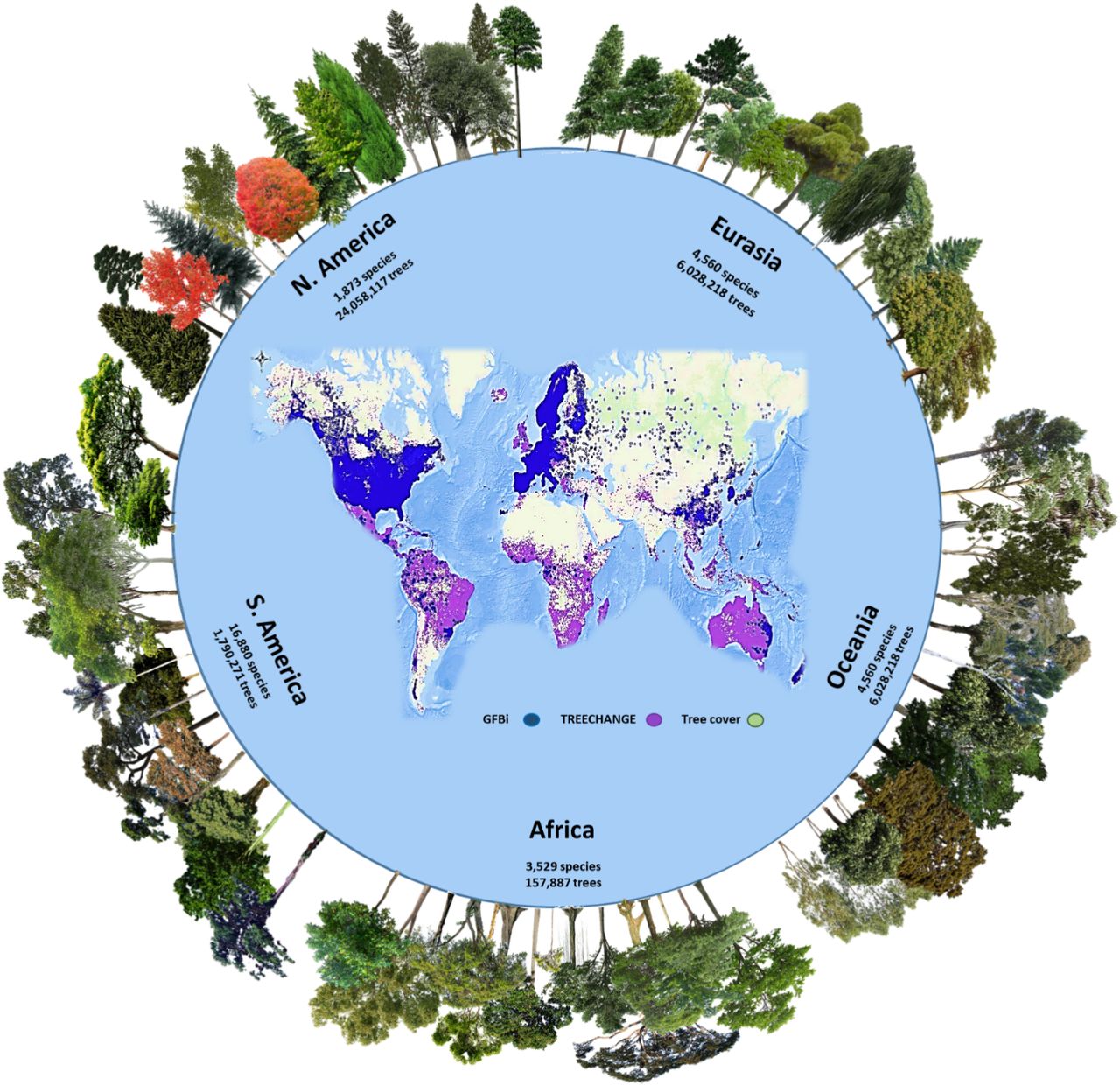 Moreover, almost 1/3 of all tree species to be discovered may be rare, with low populations and limited spatial distribution mainly in remote mountains and tropical lowlands.

The map below shows the number of tree species per continent according to the Global Forest Biodiversity Initiative database based on records of about 38 million trees for 28,192 species. 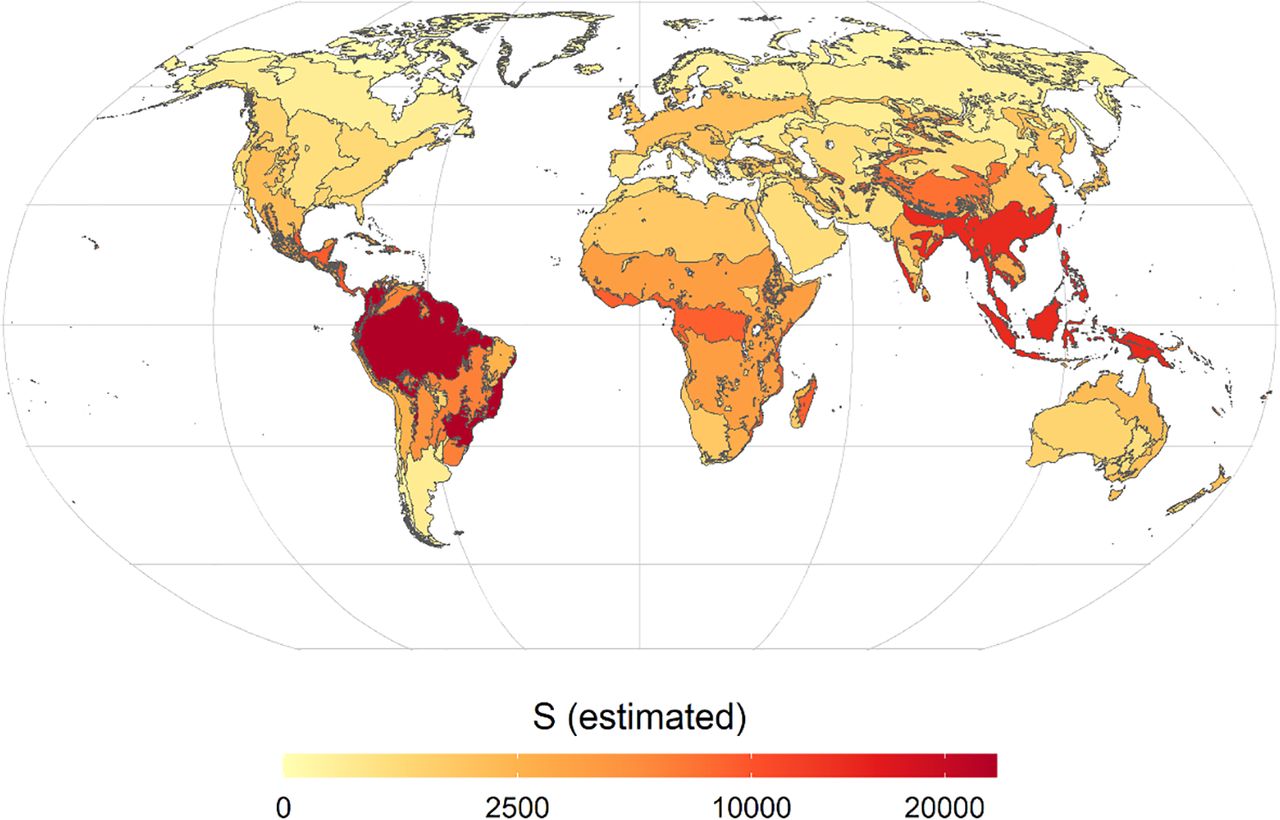 These findings emphasize the vulnerability of global forest biodiversity to anthropogenic transformations in land use and climate, which especially endanger rare species and, thus, global tree richness.