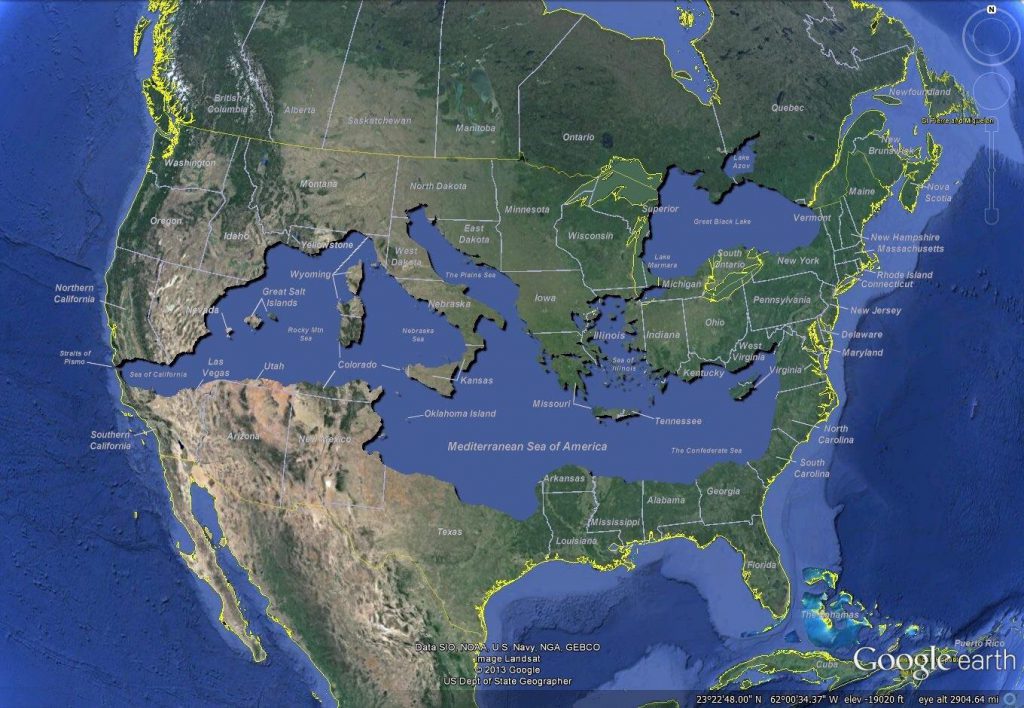 The Mediterranean Sea has an average depth of 1.5 kilometers (0.9 miles), and the deepest recorded point is 5,3 kilometer (3,3 miles) in the Calypso Deep positioned in the Hellenic Trench (Ionian Sea).

The Mediterranean Sea was the highway of transportation for merchants and travelers of ancient times, facilitating trade and cultural interchange connecting peoples consolidating three continents: Southern Europe, Western Asia, and North Africa.
Below the map of the expansion of European olive over the Mediterranean Basin.

An early Semitic speaking civilization, the Phoenicians would come to develop the first cases of thalassocracy, colonization, and city-states. Starting from the area we today call Lebanon in the Levant, the Phoenicians relied on maritime trade. Made possible by the famous Lebanese cedar tree timber. As a crossroads between the Egyptians, Hittites, and Mesopotamians they used their knowledge of sail to introduce many various goods into the ancient Mediterranean. Wares such as wine, glass, and chased metalwork.
Their possibly greatest legacy would be their influence on Rome. Due to their impact on the Greeks and Etruscans which the Roman culture was deeply based upon.
Labels: Maps