Study reveals the countries with the highest toilet roll consumption

American spending on it rose by $2 billion in 2020. But experts say it’s time to put toilet paper behind us.

The environmental toll is massive. Logging for the type of paper used in toilet rolls impacts over a million acres per year of precious Canadian boreal forest alone, releasing upwards of 26 million metric tons of CO2 and leaving 90% of the disturbed land barren. And that’s just one source. But sometimes these statistics can be hard to visualise. If you laid out all of the rolls of toilet paper used in each country in one year, what would that look like?

QS Supplies decided to reveal the impact toilet paper is having on the environment, by finding out:

- The countries that use the most toilet paper, visualised in the solar system Here’s a preview of the world map: 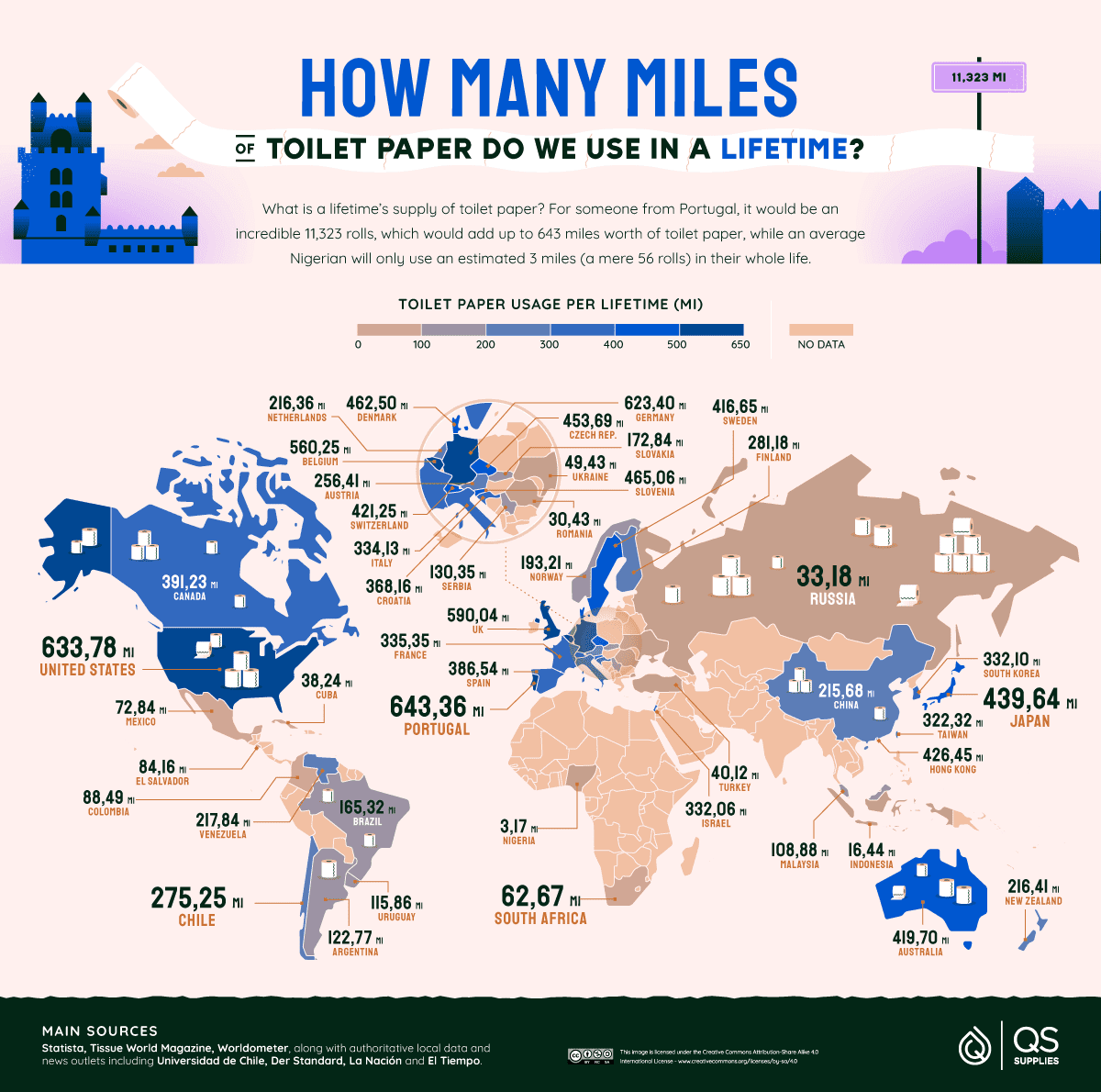 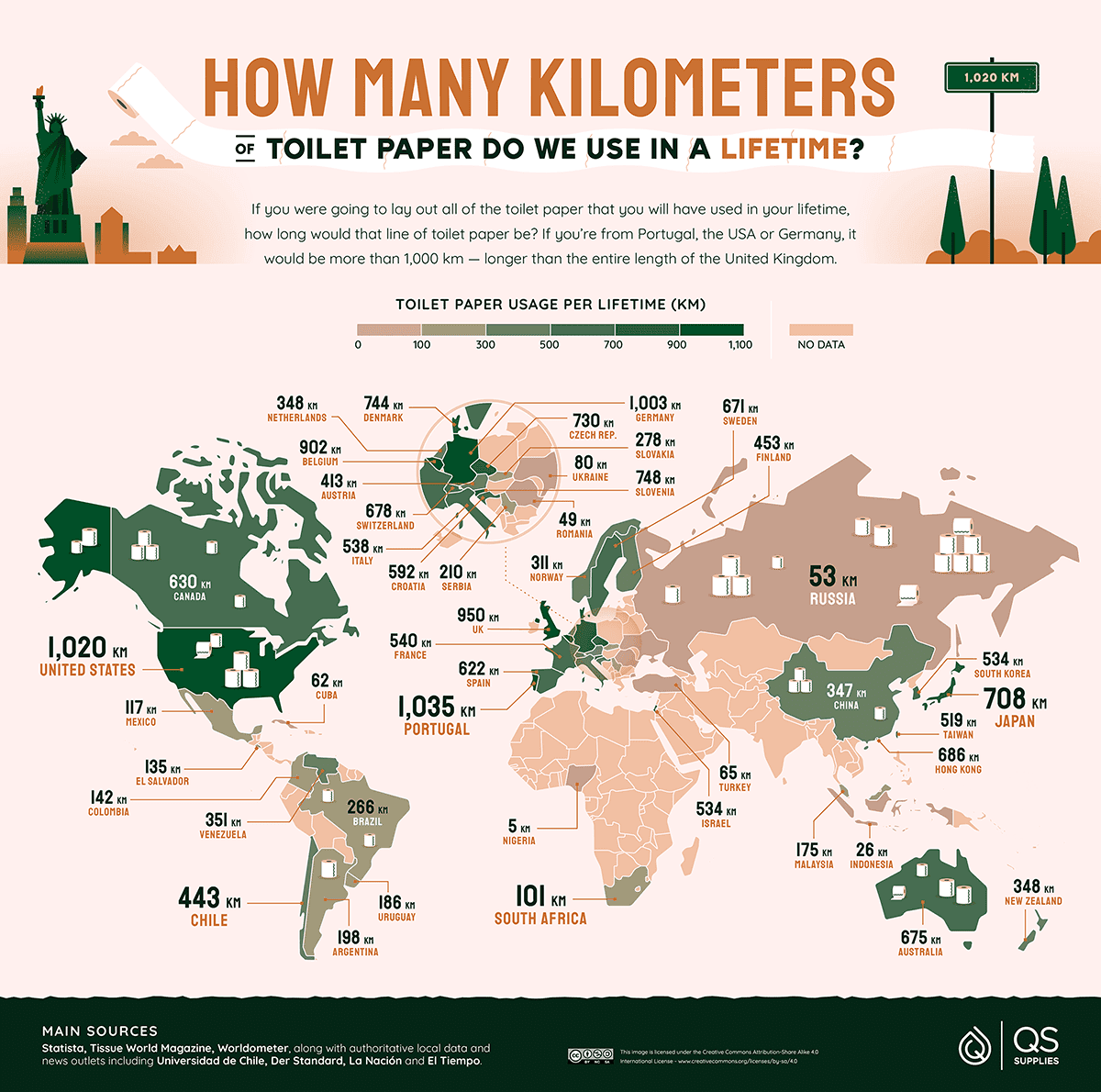