Accumulation of Anthropogenic Mass on Earth

While the whole mass of humans is just about 0.01 percent of global biomass and civilization had already had a significant and various impact on it by three thousand years ago. Since the first agricultural revolution, humankind has about halved the mass of plants, from nearly two teratonnes down to the modern value of roughly one teratonnes.

While contemporary agriculture uses an expanding land territory for planting crops, the whole mass of domesticated crops (~0.01 teratonnes) is considerably surpassed by the loss of plant mass resulting from deforestation, forest administration, and other land-use transitions. Other human activities, including livestock farming, hunting, and fishing, have also greatly influenced the masses of various other taxa. An up-to-date study of Earth's remaining living biomass has determined that, on a mass basis, plants compose the enormous majority (approximately 90%), accompanied by animals, fungi, bacteria, fungi, archaea, and protists.

The graph below shows the biomass distribution on Earth, according to Yinon M. Bar-On, Rob Phillips, and Ron Milo.

Reddit user kiwi2703 made a stunning visualization of how that would look like in the middle of Central Park in New York City. If you blended all 7.9 billion people on our planet into a fine goo (density of a human = 985 kg/m3, average human body mass = 62 kg), you would end up with a sphere of human goo just under 1  kilometer (0.62 miles) wide. 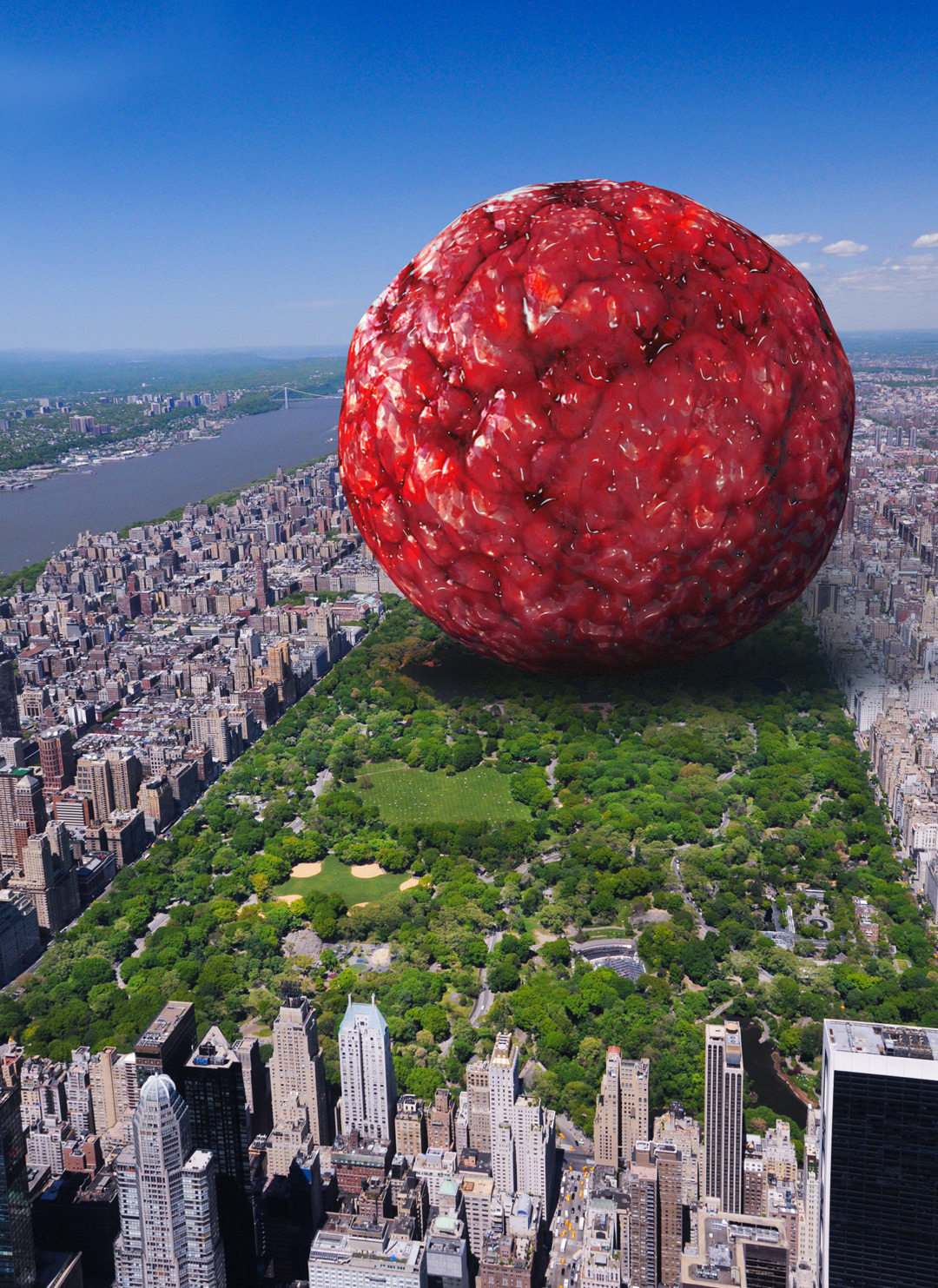 Behind biomass, as the global impact of humanity arouses, it is becoming ever more critical to quantitatively evaluate and monitor the material flows of our socioeconomic system, also acknowledged as the socioeconomic metabolism.

According to research published in Nature, the human-made mass or "anthropogenic mass" (mass embedded in inanimate solid objects made by humans) comprises nearly 1.1 teratonnes.

Over the past 100 years, the human-made mass has risen rapidly - duplicating in a Moore-law-like mode approximately every 20 years - opposite to total biomass, which hasn't changed considerably. The accumulation of anthropogenic mass has now touched 30 gigatons per year, based on the average for the past five years.

The collective anthropogenic mass has gone from 3 percent of the world's biomass in 1900 to be on a level with it today.

Nowadays, on average, anthropogenic mass equivalent to more than their body weight is produced every week for each human globally.

Below is excellent visualization created by the VisualCapitalist team.

In 2020, the amount of anthropogenic mass surpassed for the first time the dry weight of all life on our planet (microorganisms, fungi, plants, animals, including homo sapiens).

Each year, we extricate almost 90 billion tons of raw materials from the Earth's bowels. A single phone, for instance, can carry about 80 percent of the stable elements on Mendeleev's periodic table.

At the top of the list of the most used materials is concrete (2nd most used substance after water).

Although small corresponded to other materials, the mass of plastic we have created is larger than the overall mass of all terrestrial and marine animal organisms combined. 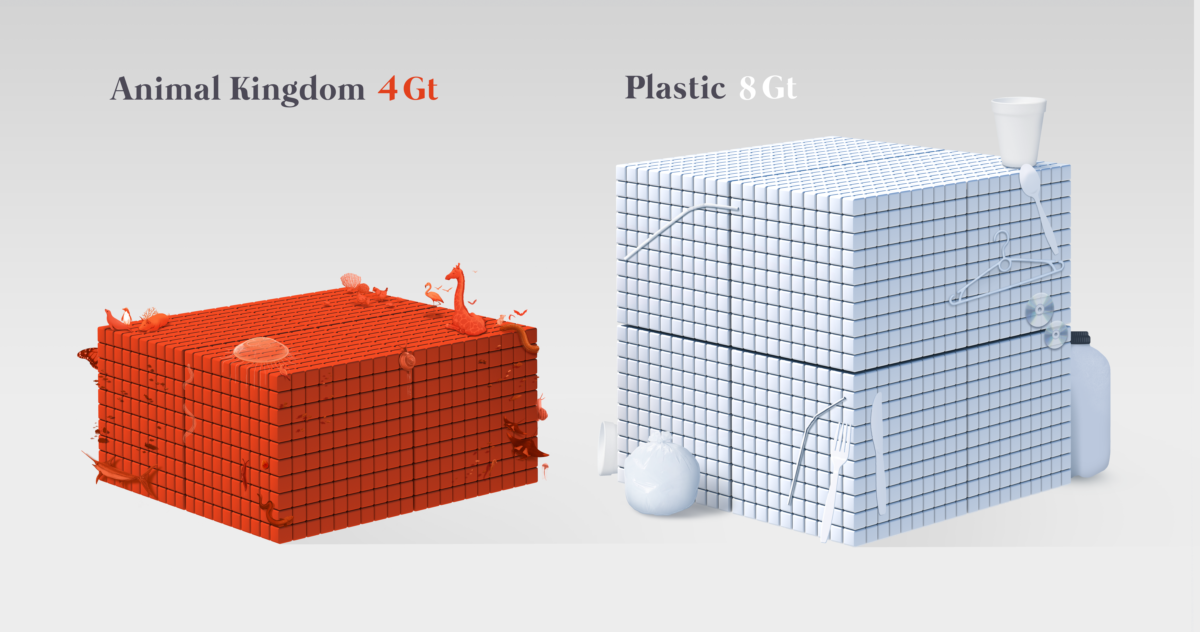 As the growth rate of anthropogenic mass accelerates, it could become triple the total quantity of global living biomass by 2040.