At the U.S. Climate Summit in April 2021, U.S. President Joe Biden urged nations to either speed up carbon-neutral obligations.

It’s a accelerate to the Paris Agreement, which keeps signatories pledged to reach carbon neutrality in emissions in the 2nd half of the 21st century. But 2050–2100 is a broad timeframe, and climate change is becoming increasingly more frightful.

So when are nations assigned to reaching net-zero carbon emissions, and how solemn is their word?

The infographic below created by the National Public Utility Council shows the world’s carbon-neutral obligations. 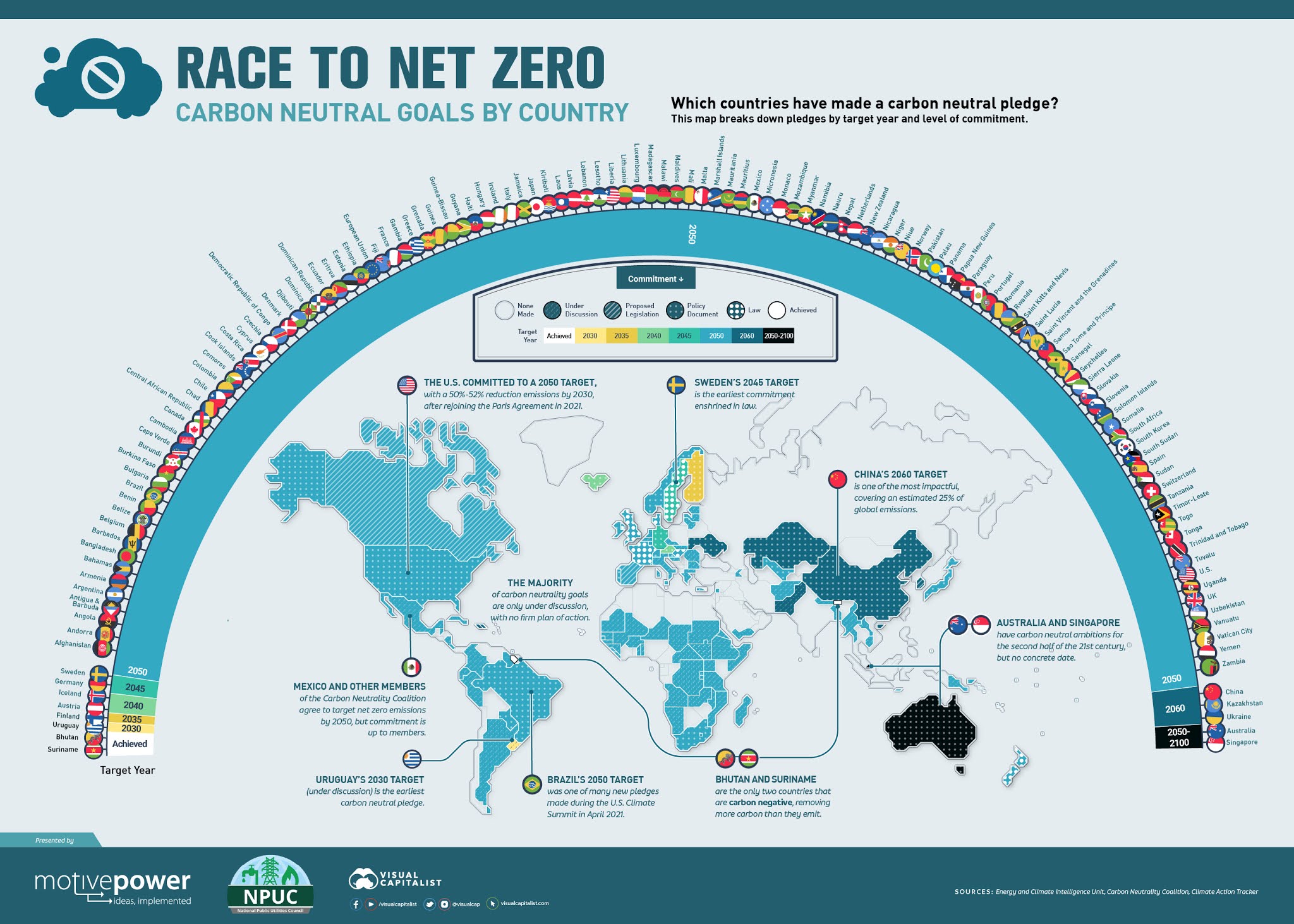 One hundred thirty-seven nations have pledged to carbon neutrality, as tracked by the Energy and Climate Intelligence Unit and approved by promises to the Carbon Neutrality Coalition and recent government policy announcements.

Bhutan and Suriname are just two nations that have reached carbon neutrality. Uruguay's 2030 mark is the earliest to attempt and match that action, accompanied by Finland, Austria, Iceland, Germany, and Sweden, all targeting 2045 or earlier.

124 of the 137 nations (90%) set a mark of 2050 for attaining carbon neutrality. Solely five nations have net-zero promised set for after 2050, including Australia and Singapore, which haven't set a determined target still. Targeting 2060 is Ukraine, Kazakhstan, and the globe's largest emitter, China. Because China accounts for an evaluated 25 percent of global emissions, the nation's current promises are significant.