Land required to get to net-zero emissions mapped

Princeton University’s Net-Zero America project examines and analyses the infrastructure needed to get to net-zero carbon emissions nationally. Dave Merrill for Bloomberg featured the group’s calculations for land usage to create things like solar and wind farms, which, as you might think, will need millions of acres. 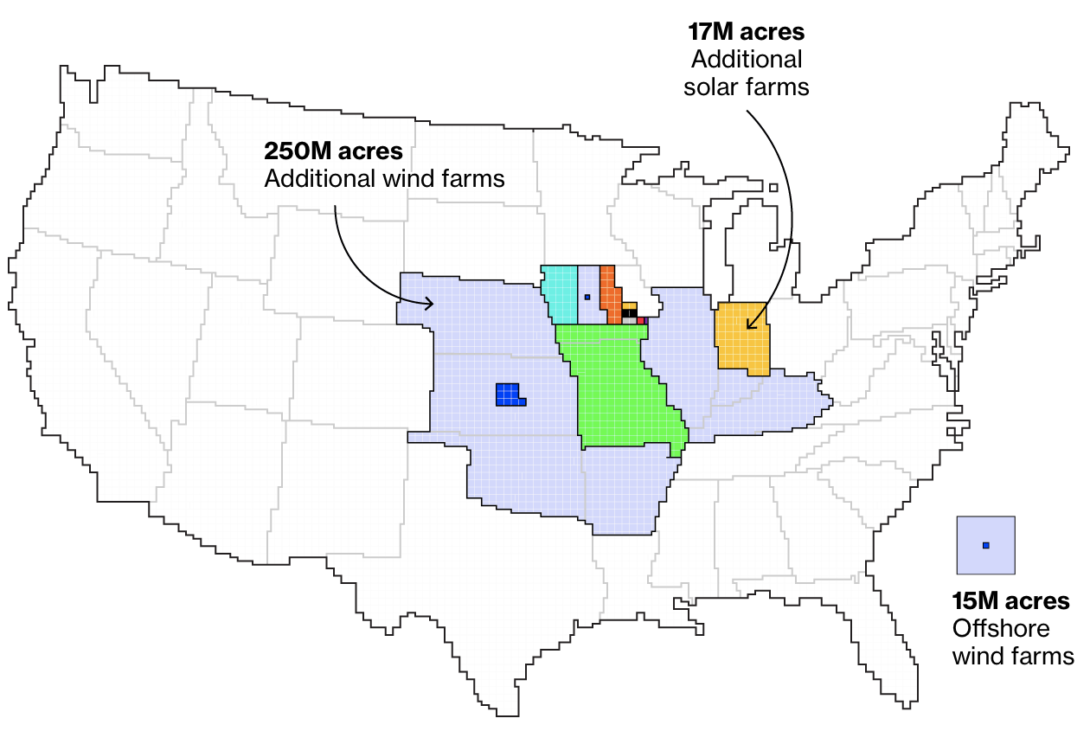 The energy footprint is covering about 4 percent of the contiguous U.S. states. It is approximately the size of Iowa and Missouri combined.

According to the most land-intensive plan excludes all fossil fuels and nuclear plants, wind and solar would produce 98 percent of electric power by 2050. As a result, the U.S. energy footprint quadruples in size. Wind farms obtain land areas equal to Arkansas, Iowa, Kansas, Missouri, Nebraska, and Oklahoma.

Princeton's research predicts that 11 percent of electric power could come from offshore wind farms by 2050. Another 3 percent of generating capacity could come from rooftop solar. According to the U.S. National Renewable Energy Laboratory, in sunnier places, such as California, rooftop solar could produce 74 percent electricity.