When Does Spring Usually Start in the United States?

Spring is one of the four seasons, replacing winter. There are countless definitions of the spring season, but the term’s regional usage varies according to local climate and customs.

Reddit user Jsillin used the average spring bloom data from the U.S. National Phenology Network because, in his view, it matches up pretty well with when most things begin seeing green. 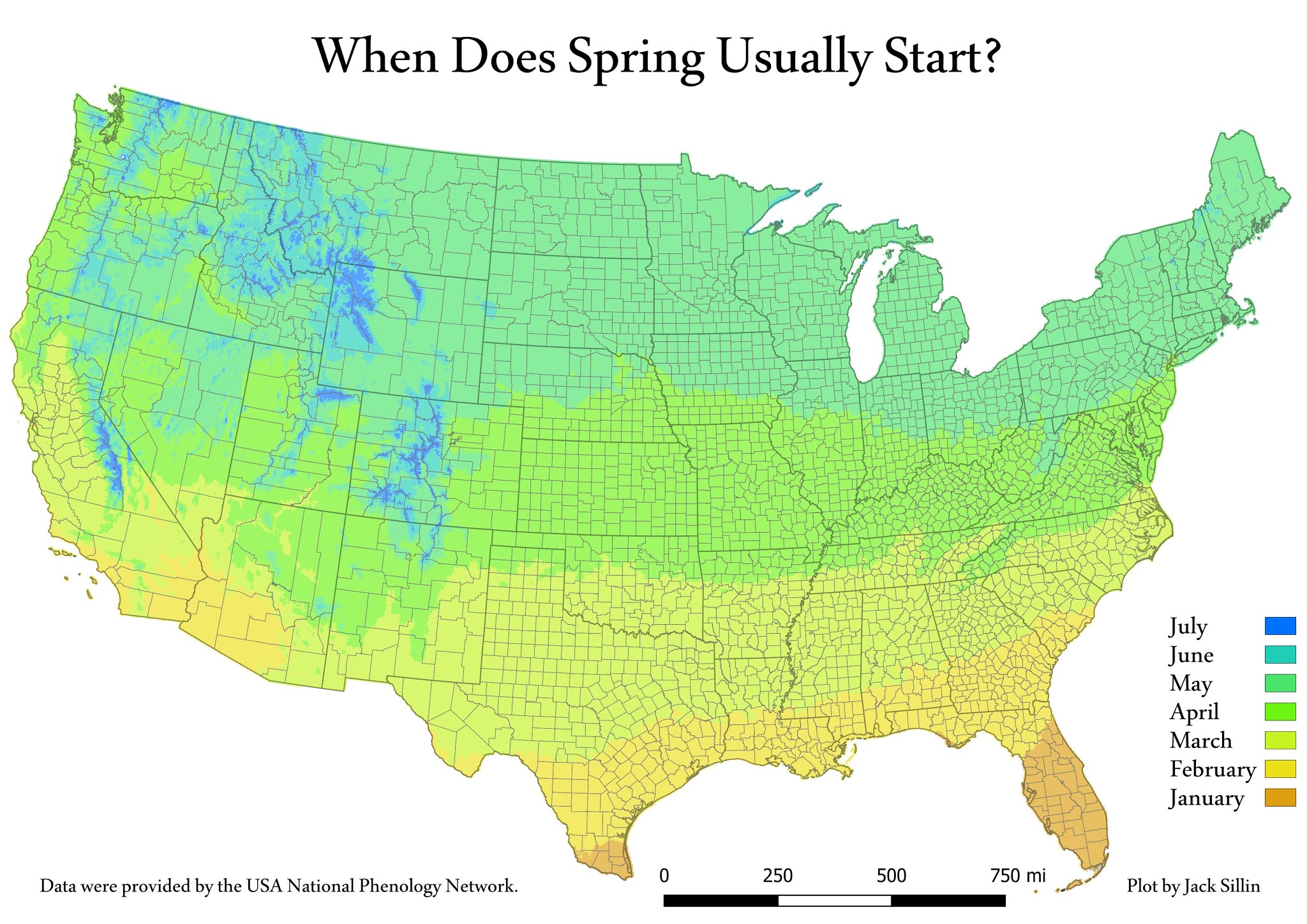 Much of the United States' southern regions regularly have greenery by the end of March, but it will be a while in the country's Northwest or Northeast regions.