The Deadliest Hunters On Land Visualized

Who is the truly top predator of the animal kingdom on land? The lion? The king of the jungle Tiger? Grizzly Bear?

The real winner actually doesn't stay on land when they hunt, but it nevertheless scores as a land predator because it's overland.

The predator to claim the crown with the most top kill percentage? The fierce dragonfly. According to scientific research published in 2013 in the journal "Integrative and Comparative Biology," dragonflies only failed to catch their prey 5 percent of the time. This is assigned to their complex, specialized eyes that identify black spots against the sky coupled with their wings powered by individual muscles to perform a deadly mixture of agility and speedup.

Another surprisingly unusual contender for the best killer is the black-footed cat, with a 60 percent kill percentage attributed to hunting every 30 minutes!

Below is the visualization created by Reddit user Dremarious, using data presented by Discover Wildlife, BBC. 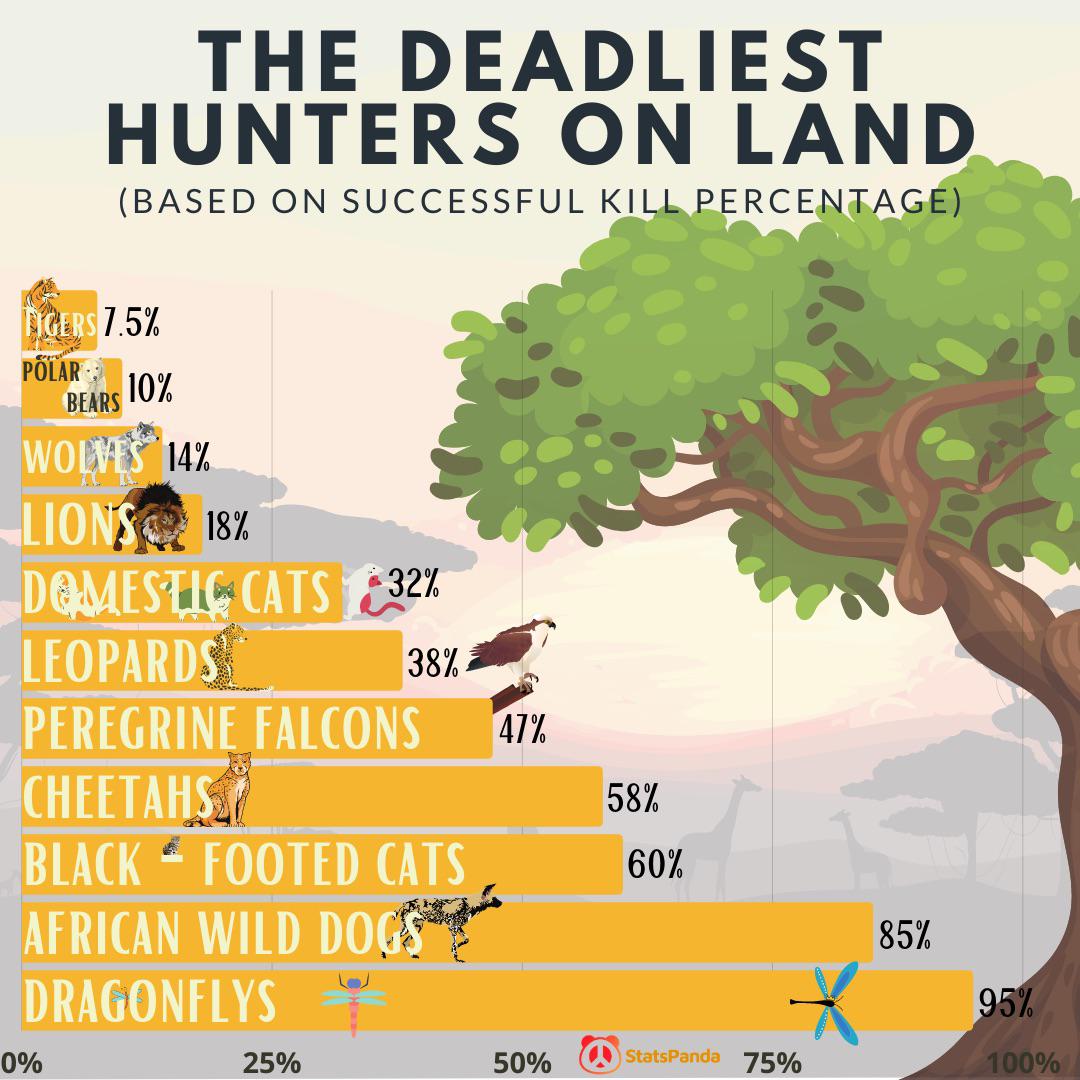