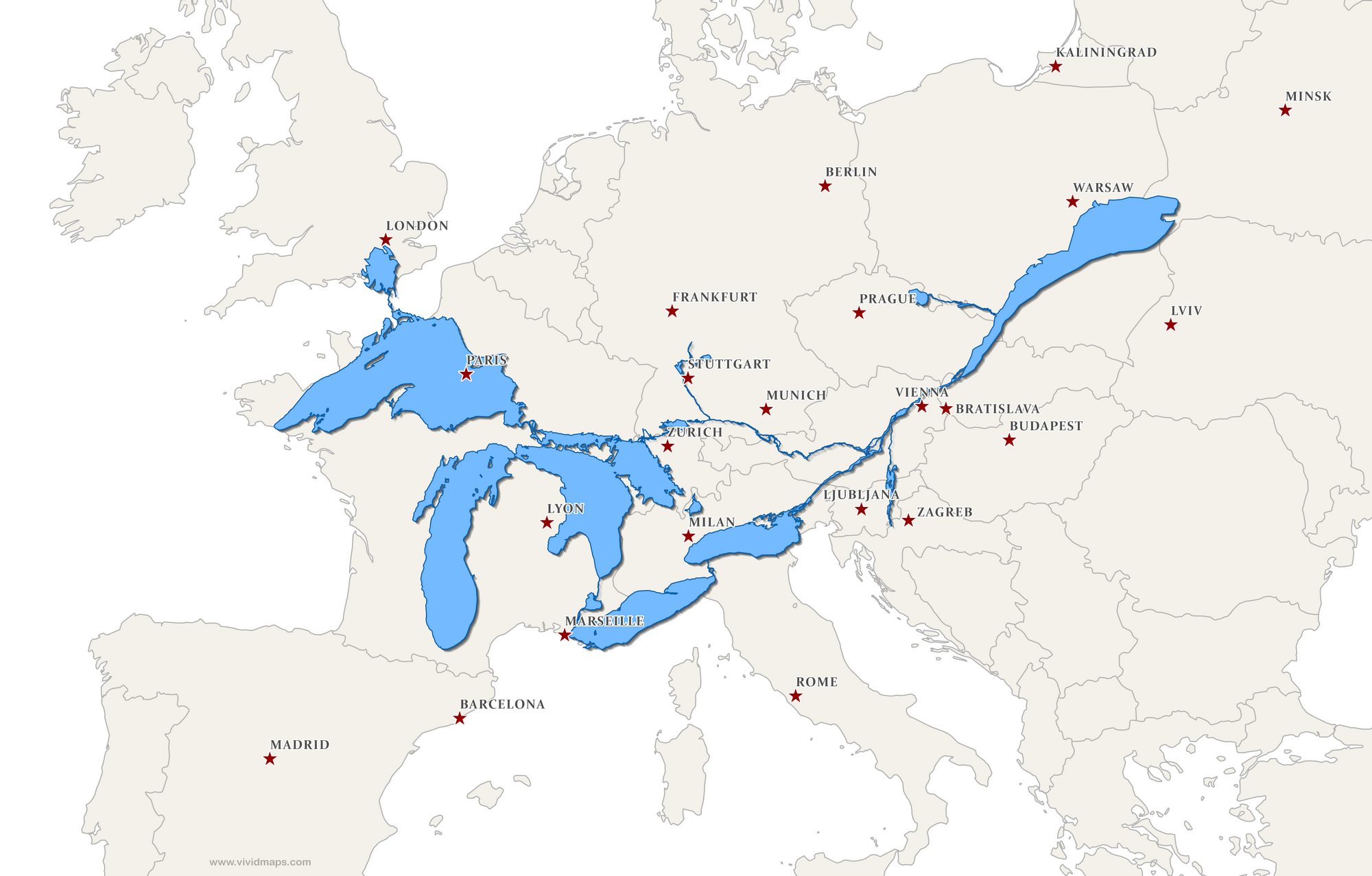 Here is the Great Lakes map in the watercolor style created by the Vividmaps.com team using Digital Elevation Model data. 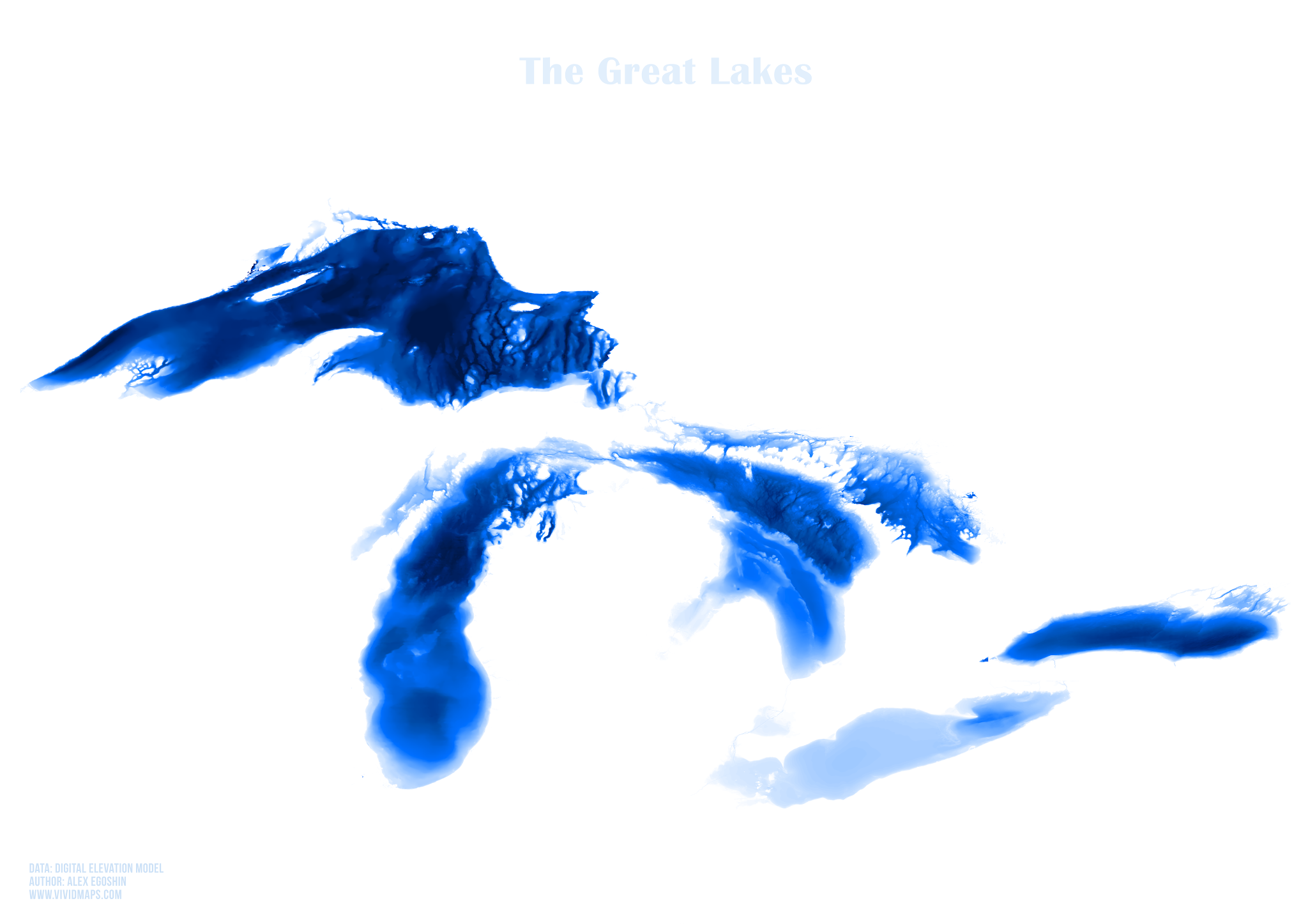 By the saturation of the blue color, you can see that the deepest lake is Superior. Erie has the least mean depth of the Great Lakes.

The Great Lakes shoreline’s entire length, including islands, is approximately 11 thousand miles; a 6500-mile drive tour around the lakes takes not a single day.

Approximately 25% of Canadian agricultural production and 7% of American farm production depend on the Great Lakes’ water.