Permafrost is a ground that permanently persists below 0 °C (32 °F) for 2 or more ages. Permafrost generally doesn't have to be the 1st layer that is on the soil. It can be from a centimeter to several kilometers below under the planet's surface.
Approximately 15 percent of the land of the Northern Hemisphere or 11% of the planet's surface is held by permafrost, including the large territory of Alaska, Canada, Siberia, and Greenland.
Permafrost holds about 1.5 trillion metric tons of organic carbon, double as much as the planet's atmosphere currently keeps.
The considerable warming of the active layer of permafrost releases organic carbon in the form of greenhouse gas emissions, contributing to climate change.

The map below created by canadiangeographic.ca shows permafrost overlaid with subsoil carbon content. 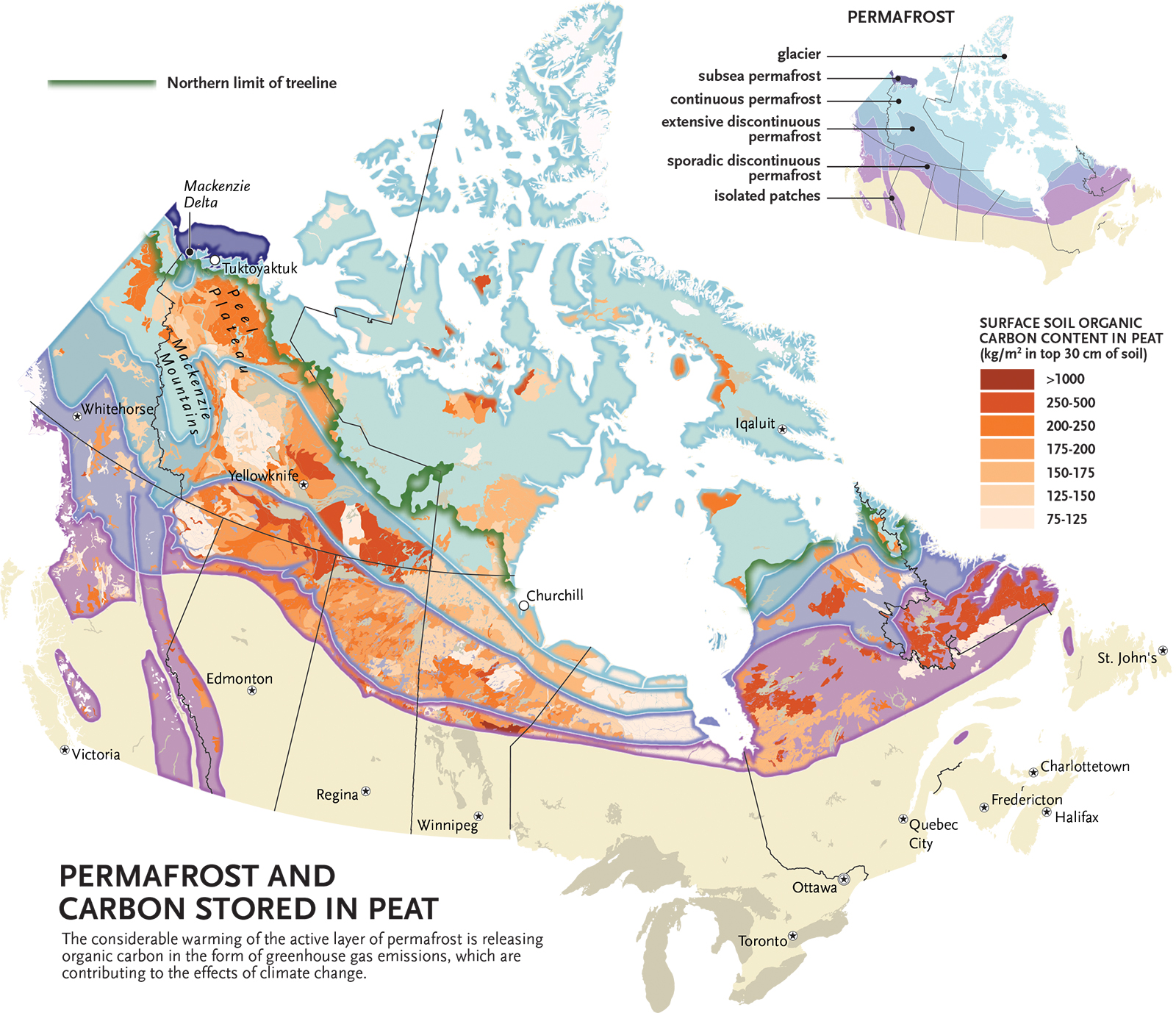