Which countries will double their population by 2050? 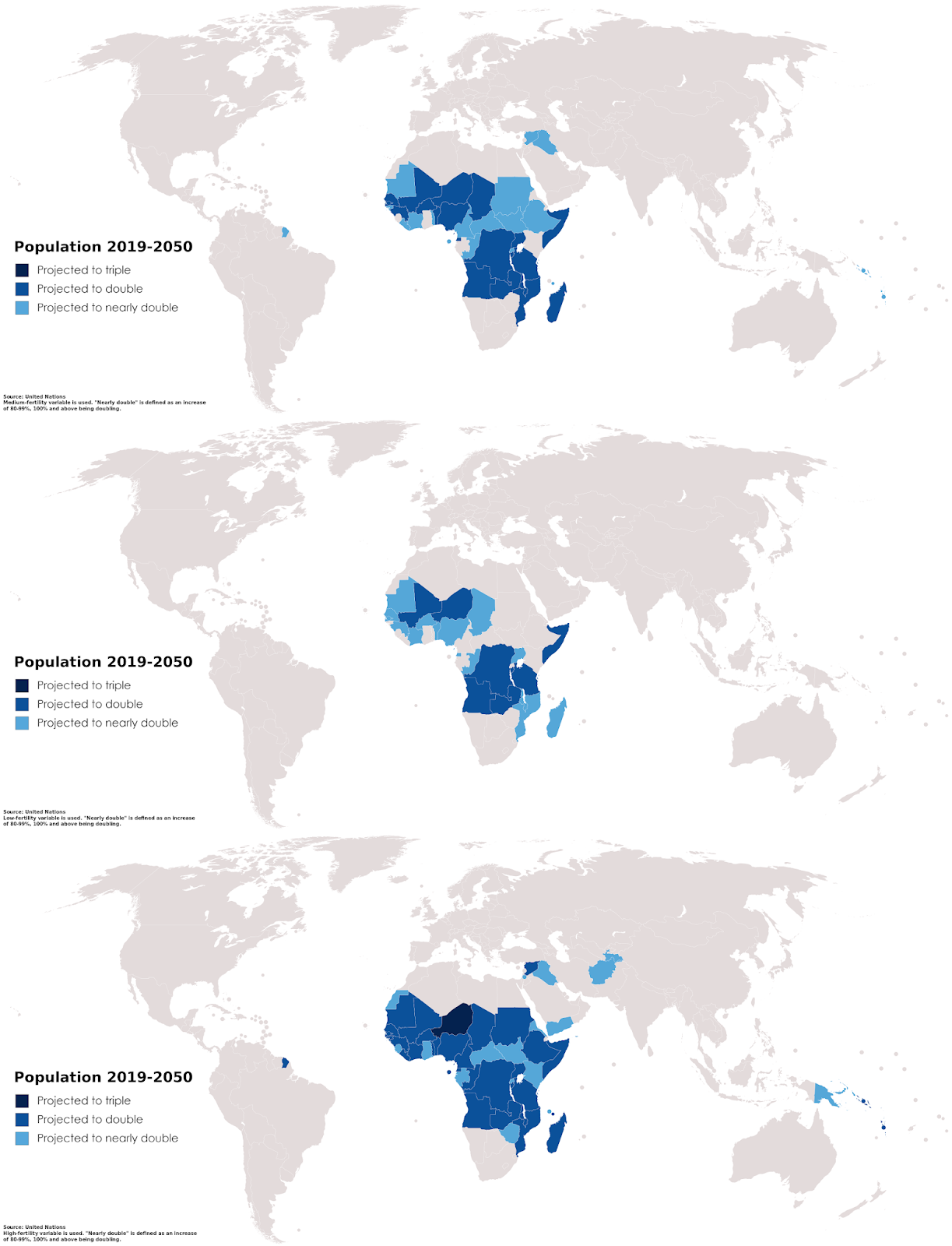 More than 50% of the world population growth between now and 2050 is expected to occur in Africa.  Africa has the most significant rate of population increase among other continents.

Reasons for a predicted doubling in population in Sub-Saharan countries include enhanced quality of life combined with no immediate drop in birth rates.
38 nations, including Armenia, Germany, and South Korea, are forecasted to have a smaller population in 2050 than in 2020.
Labels: Africa Demographics Forecasts Humanity Maps