The Warming in the Arctic As a Mountain

Climate change is to long-term changes in temperatures, precipitations, and weather patterns. These changes may be natural, but after the 1800s, human actions have been the central driver of climate change, principally due to burning fossil fuels, which contributes heat-trapping gases.
Scientists are trying to predict climatic parameters for the future, taking into account various scenarios of human development. Four pathways were applied for climate modeling and research by IPCC.
RCP2.6, RCP4.5, RCP6, and RCP8.5 variety of possible scenarios for changing the planet's climate based on the level to which humankind decreases its greenhouse gas emissions. The number of RCP match how many extra watts per square meter of radiative forcing we can expect from the greenhouse gases in the atmosphere, which in turn depends on how much greenhouse gas is really in the atmosphere of our planet. RCP8.5 is the most severe scenario, essentially with the assumption that we do entirely nothing to stop greenhouse gas emission and continue business-as-usual.

Without significant cuts to carbon emissions and land-use changes, humankind is currently on the path to an RCP8.5-like scenario unless great intergovernmental efforts are put into place.

RCP 8.5 evaluation an ~4.5°C global warming by 2100, the Paris agreement only gets us down to ~3°C, still well over the 1.5-2°C that is recommended for the long-term conservation of current levels of human civilization.
The great graph below visualizes the warming in the Arctic as a mountain, according to RCP 8.5. 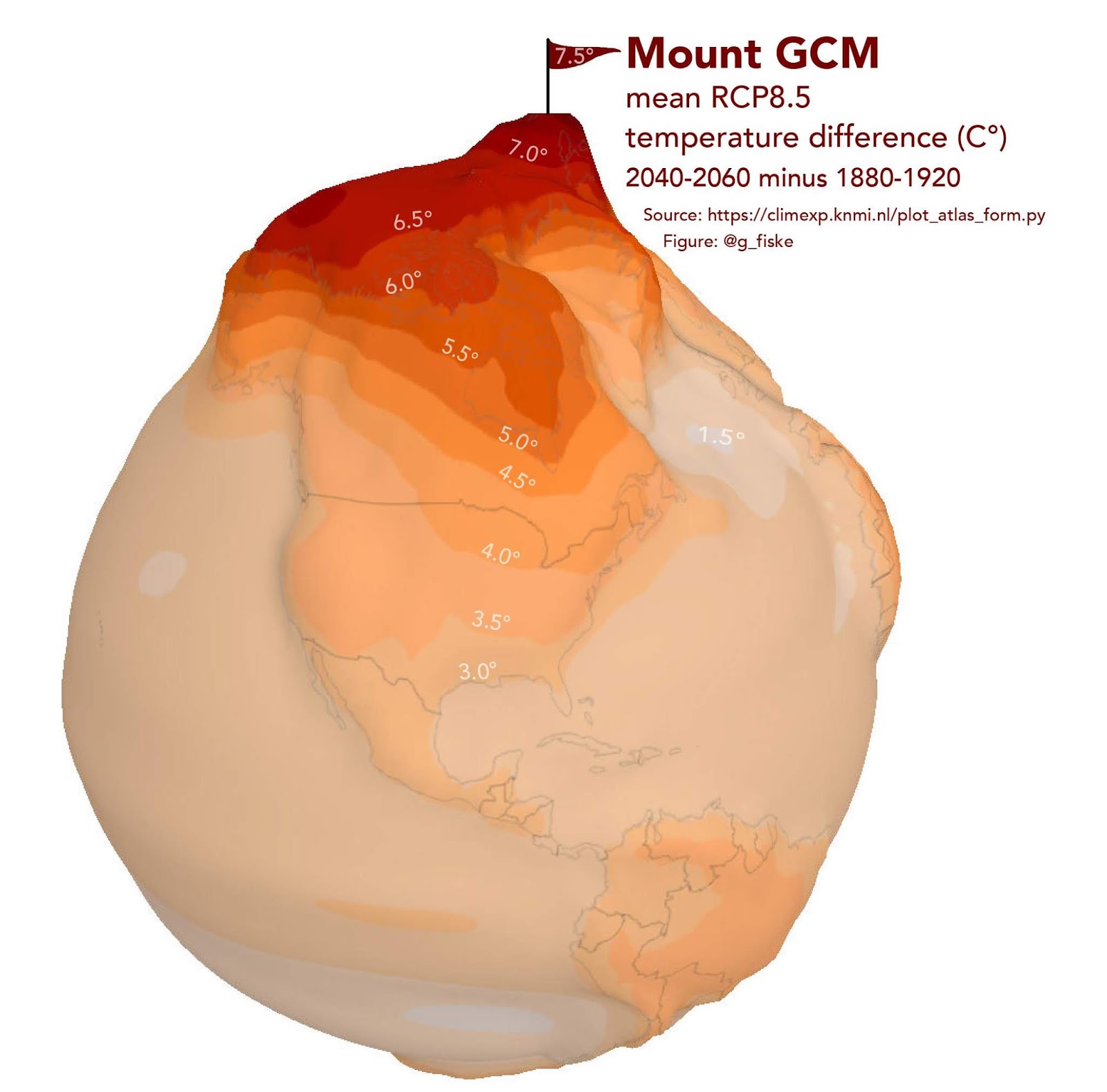 As a result of climate change, the Arctic will be ice-free. Greenland is carved out to leave the blue Mediterranean-like but cold seas in the interior.