Global temperature has been consistently rising since the 1970s. These seemingly small increases in temperature may appear insignificant. However, all this accumulated heat drive regional and seasonal temperature extremes, reducing snow cover and sea ice, intensifying heavy rainfall, and changing habitat range for plants and animals-expanding some and shrinking others.

This graphic signifies the change in global surface temperature relative to the 1951 - 1980 average. 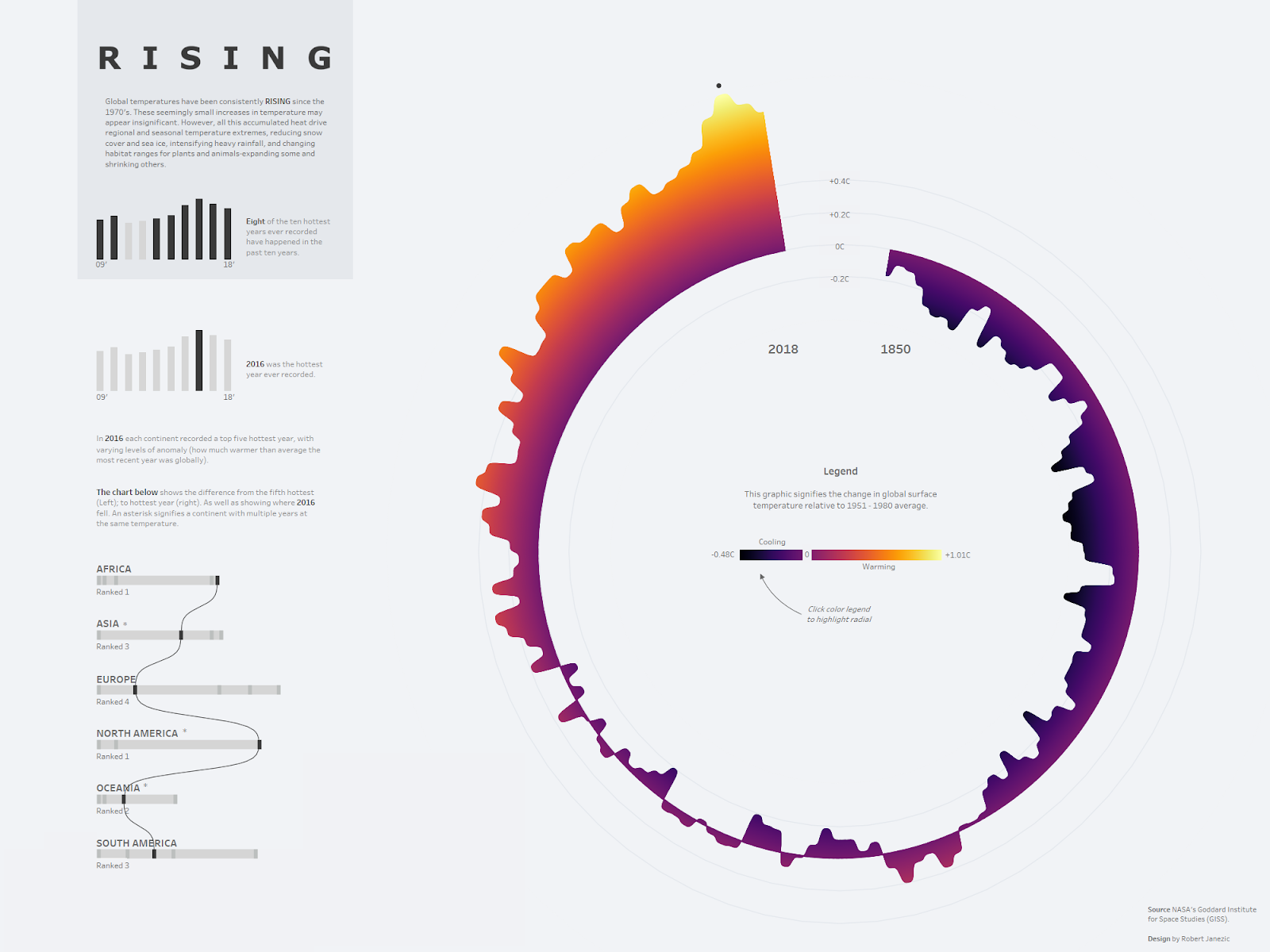 Eight of the ten hottest years ever recorded have happened in the past ten years.

2016 was the hottest year ever recorded. In 2016 each continent recorded a top-five hottest year, with varying levels of an anomaly (how much warmer than average the most recent year was global).