Taking more than they give

Maps below show which nations contribute more to global emissions than they provide to global GDP. 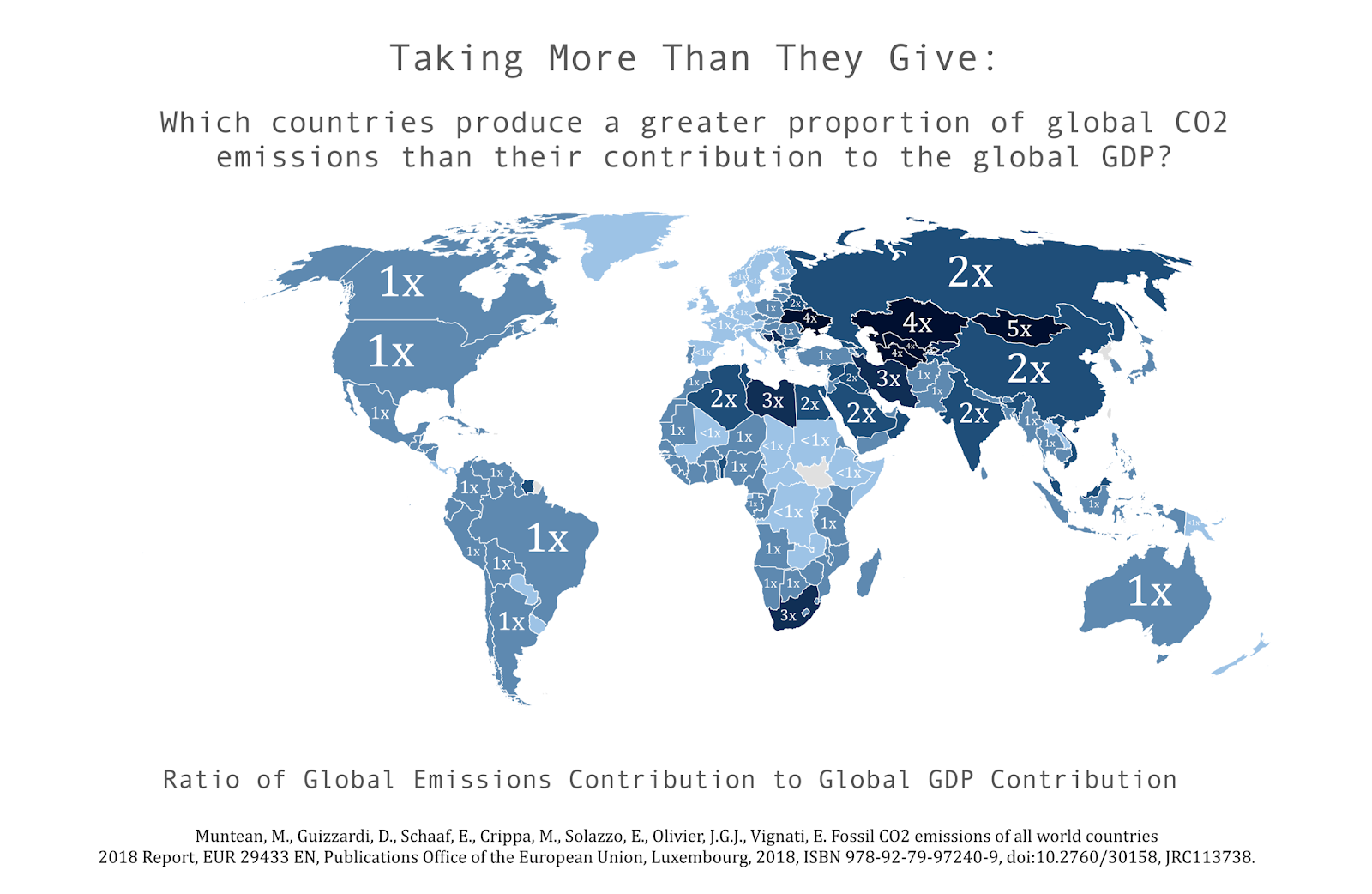 In conversations about emissions regulations, it is often contested that the high emissions produced by developed nations are a by-product of the high production levels also essential to these regions. While this definitely explains some of the differences in emission levels, it is essential to recognize that many highly developed nations have high standards of living and still produce fewer emissions for their level of consumption and production than similarly developed countries.

Low scores do not indicate a desirable level of emissions, but rather that a country is producing emissions more efficiently than other states for its level of consumption and production. It should also be noted that the agreement is that existing levels of global emissions are unsustainable, meaning that all countries will likely need to find ways of reducing their emissions while maintaining standards of living. 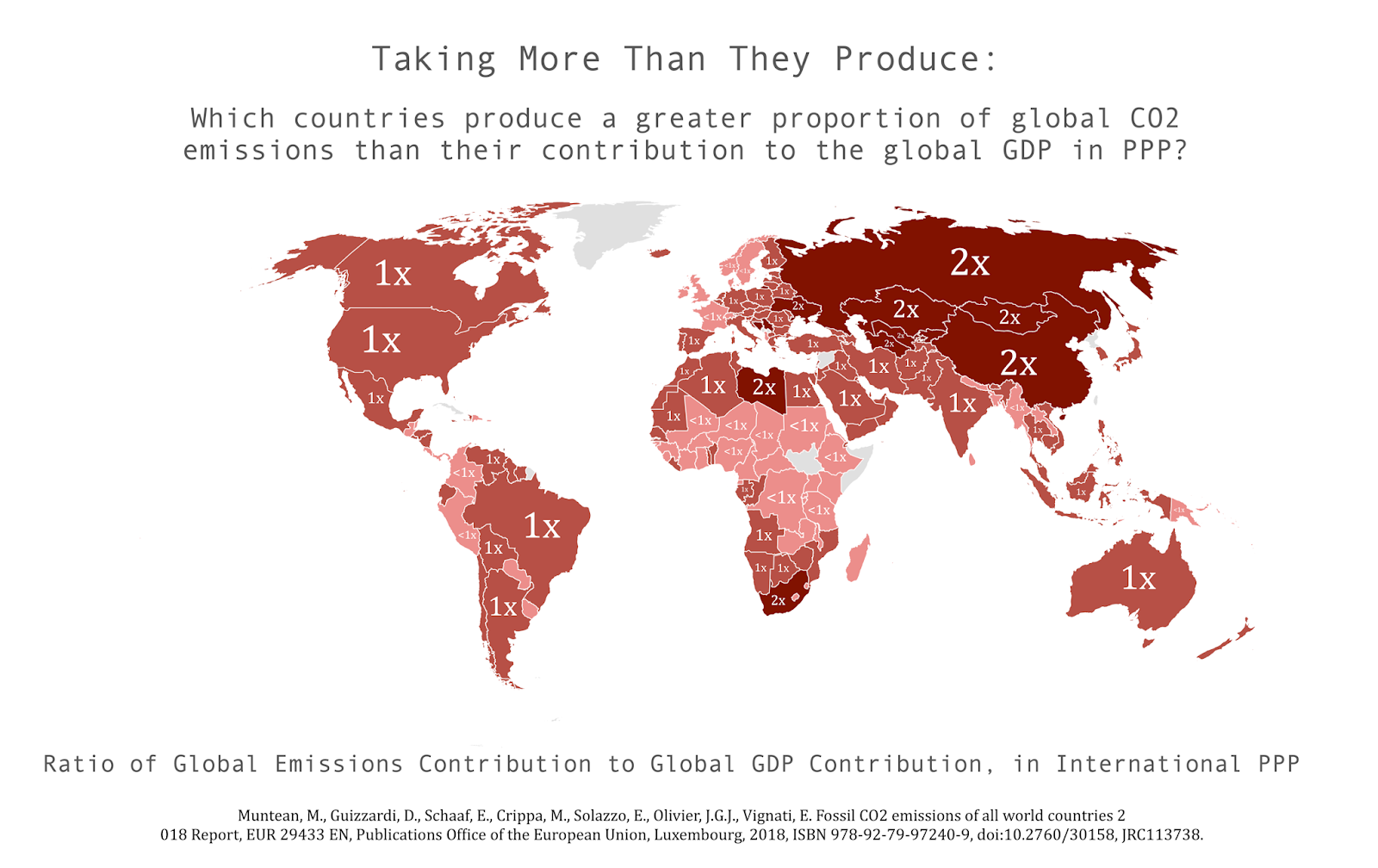 But developed countries, importing the emission-related stuff from abroad. For example, Ukraine produces a lot of steel which is very energy-demanding but does not cost too much. Then it exports the steel which western nations use to make cars, houses, bridges, etc.

So all the carbon dioxide production falls in Ukraine and it's deemed to be "ineffective" even though everyone uses the steel.