Kilograms per Capita of Plastic Waste in Europe

Plastics are inexpensive, lightweight and durable materials, which easily can be shaped into a variety of products that find use in a wide range of applications. Not surprisingly, production and consumption of plastics have increased significantly over the last 60 years (Hopewell et al., 2009). As a result, a waste plastic generation has grown significantly over the last decades.

300 million tonnes of plastics are produced globally every year, with production expected to double in the next 20 years. By 2050, the plastics industry could account for 15 percent of the global carbon budget. Europe’s total demand for plastic has risen to 49 million tonnes per year, of which 40 percent is used for packaging. The majority of this plastic packaging is used only once, with 95 percent of its value lost to the economy after this first use, a loss with an estimated value of EUR 100 billion globally. 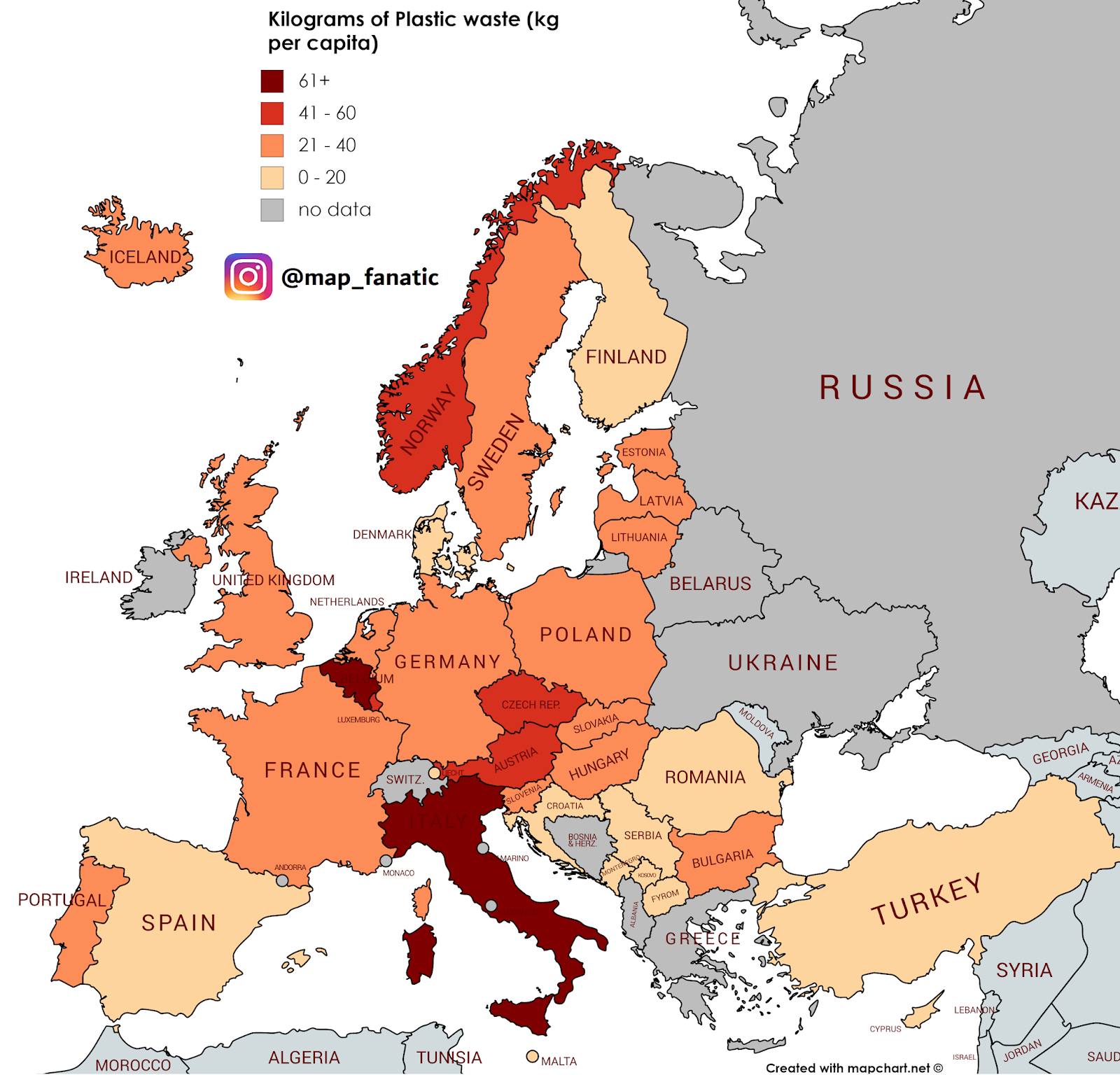 Approximately 42% of the plastics produced globally since 1950 have been used for packaging, which, at 40%, continues to be the biggest market for plastics in Europe today.