The decline of Canada’s caribou

Caribou is a species of deer with the circumpolar distribution, native to Arctic, sub-Arctic, tundra, boreal and mountainous regions of northern Europe, Siberia, and North America.

The North American range of caribou extends from Alaska through the Yukon, the Northwest Territories and Nunavut into the boreal forest and south through the Canadian Rockies and the Columbia and Selkirk Mountains. 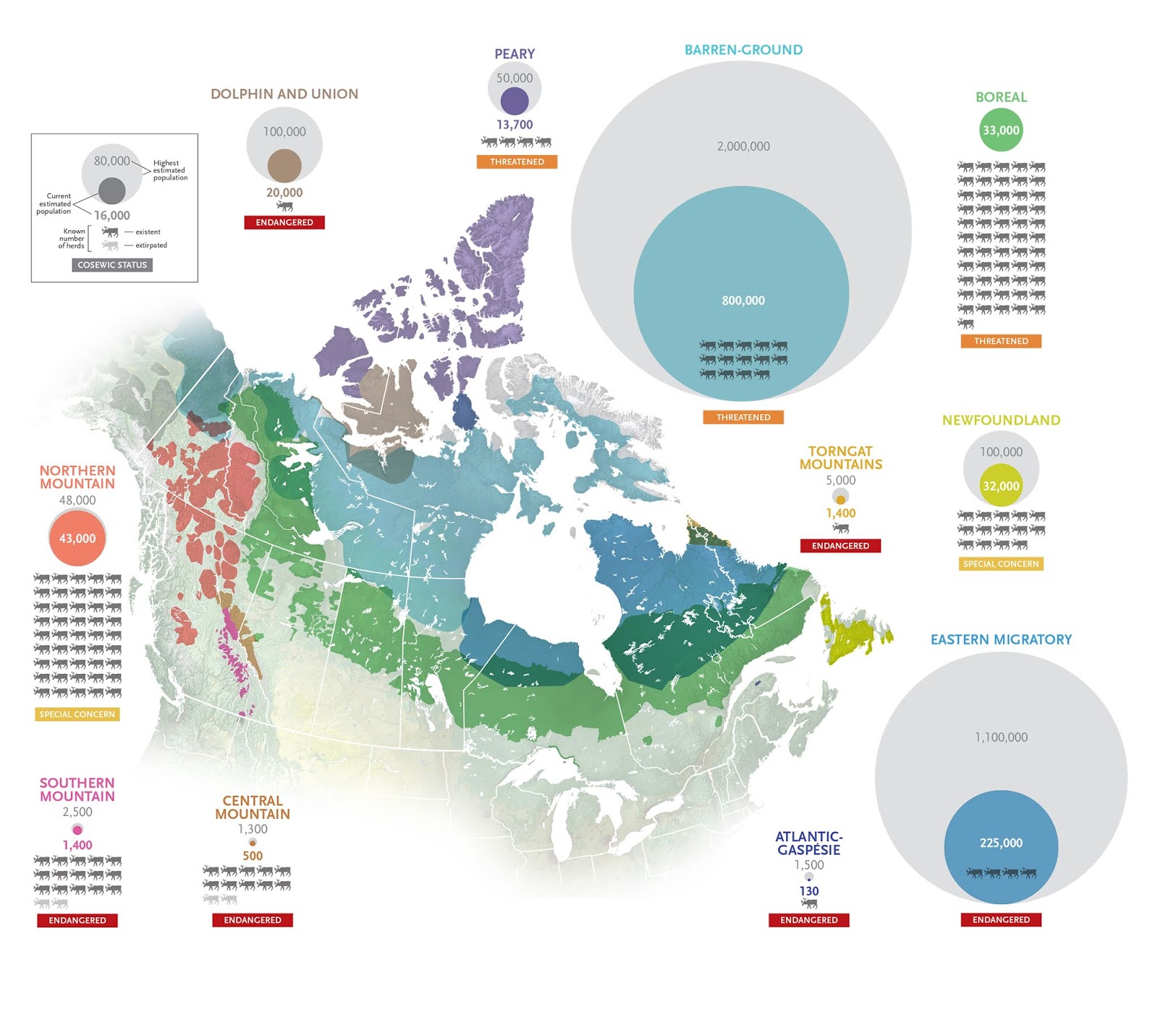