The three principal plastic waste contributing rivers of the World

From Which Issue 1,429 Tonnes of Plastic Waste Daily, into the Marine Environments.

The rivers have given to this distinction, and the principal members of said rivers' basin areas, are displayed herein without regard to consistent geographic scale. The reader is encouraged to observe the circular locus globes for a reference of comparative size. 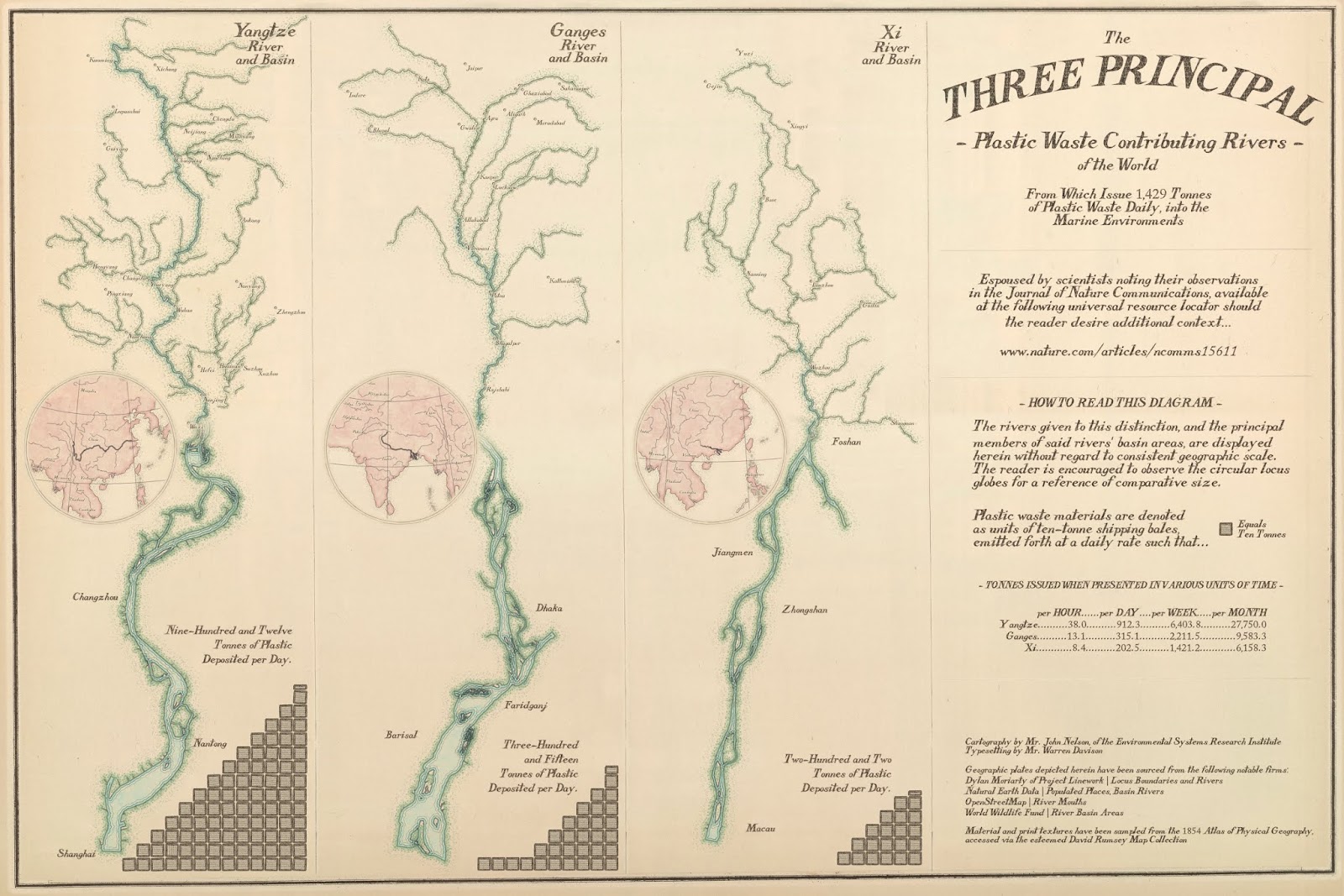 Espoused by scientists noting their observations in the Journal of filature Communications, available at the following universe! resource locator should the reader desire additional context... www. nature.com/articles/ncommsl5611