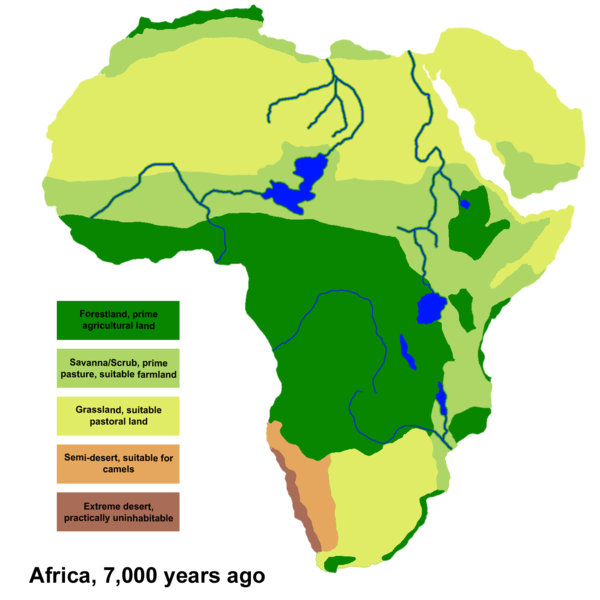 At about 9,500 years ago, the Holocene "Optimum" began setting in motion the warmest and wettest phase of climate during the Holocene. The Great Lakes expanded, and the southern Sahara became a Savannah as monsoon rains reached far to the north of their current extent. In the western Sahara, Niger tributaries stretched deep into the desert, and Lake "Mega-Chad" fed it through the Benue. Although after 7,000 years ago, a general cooling and drying began, the final drying of the Sahara only started about 4,500 years ago. While short-term variation has continued, current conditions were well established by about 2,000 years ago.


Our ancestors almost exterminated themselves some 7,000 years ago. According to genetics data after a period of some 2,000 years of decline, there was only one fertile male left alive to mate with every 17 women. The Stanford University's scientists blame “competition between patrilineal kin groups.”
Labels: Africa Humanity Maps Paleontology