What's your county's water use? Regional patterns in US water withdrawals

Water use in the United States in 2015 was estimated to be about 322 billion gallons per day (Bgal/d), which was 9 percent less than in 2010. The 2015 estimates put total withdrawals at the lowest level since before 1970, following the same overall trend of decreasing total withdrawals observed from 2005 to 2010. 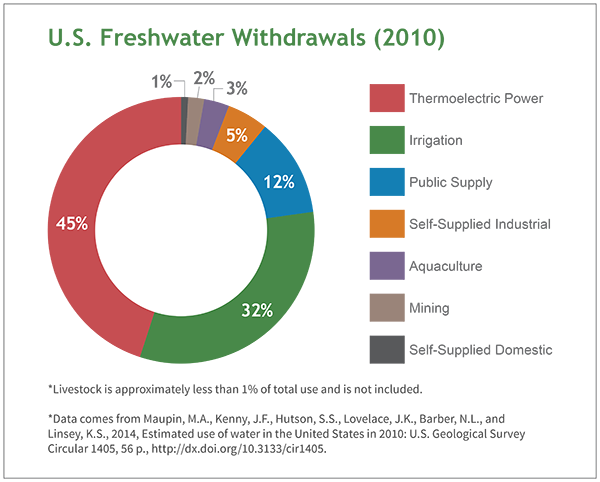