The world in 50 million years 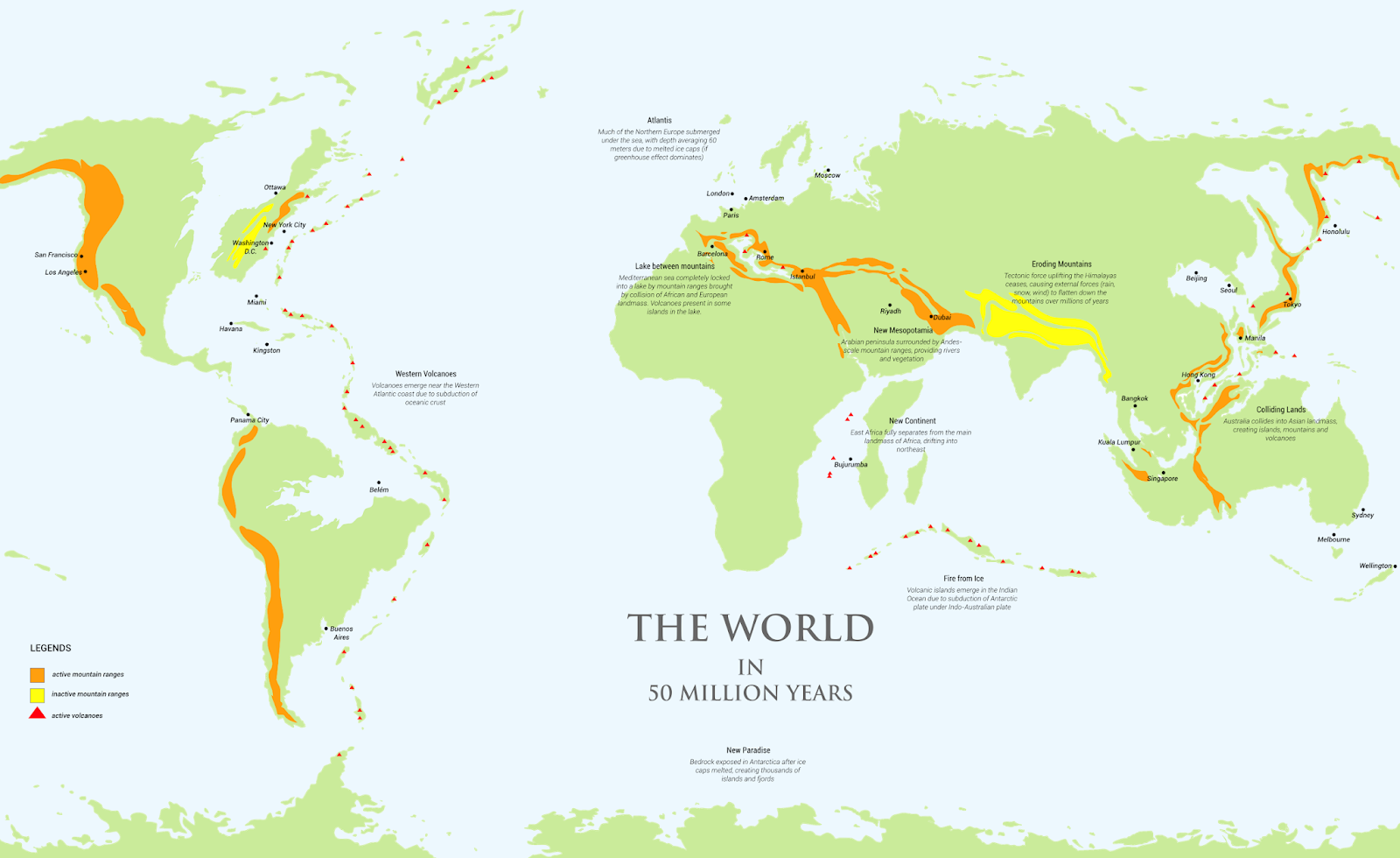 Much of Northern Europe submerged under the sea, with a depth averaging 60 meters due to melted ice caps (if greenhouse effect dominates)

Mediterranean sea completely locked into a lake by mountain ranges brought by the collision of the African and European landmass. Volcanoes present in some islands in the lake.

East Africa fully separates from the main landmass of Africa, drifting into the northeast