Which Energy Source is the Safest? 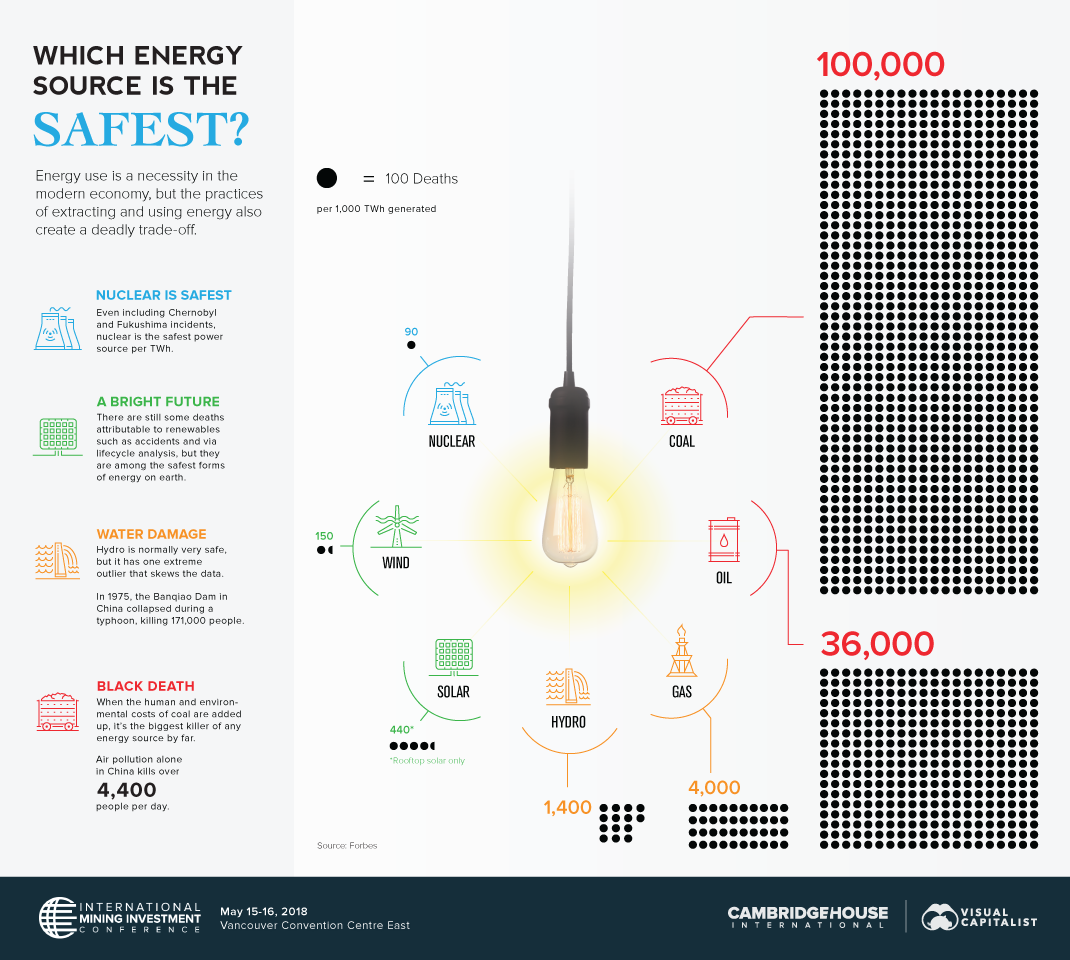 Energy use is a necessity in the modern economy, but the practices of extracting and using energy also create a deadly trade-off.

NUCLEAR IS SAFEST
Even including Chernobyl and Fukushima incidents, nuclear is the safest power source per TWh (90 deaths per 1,000 TWh).

WATER DAMAGE
Hydro is normally very safe, but it has one extreme outlier that skews the data (1400 deaths per 1,000 TWh).
In 1975 the Banqiao Dam in China collapsed during a typhoon, killing 171,000 people.