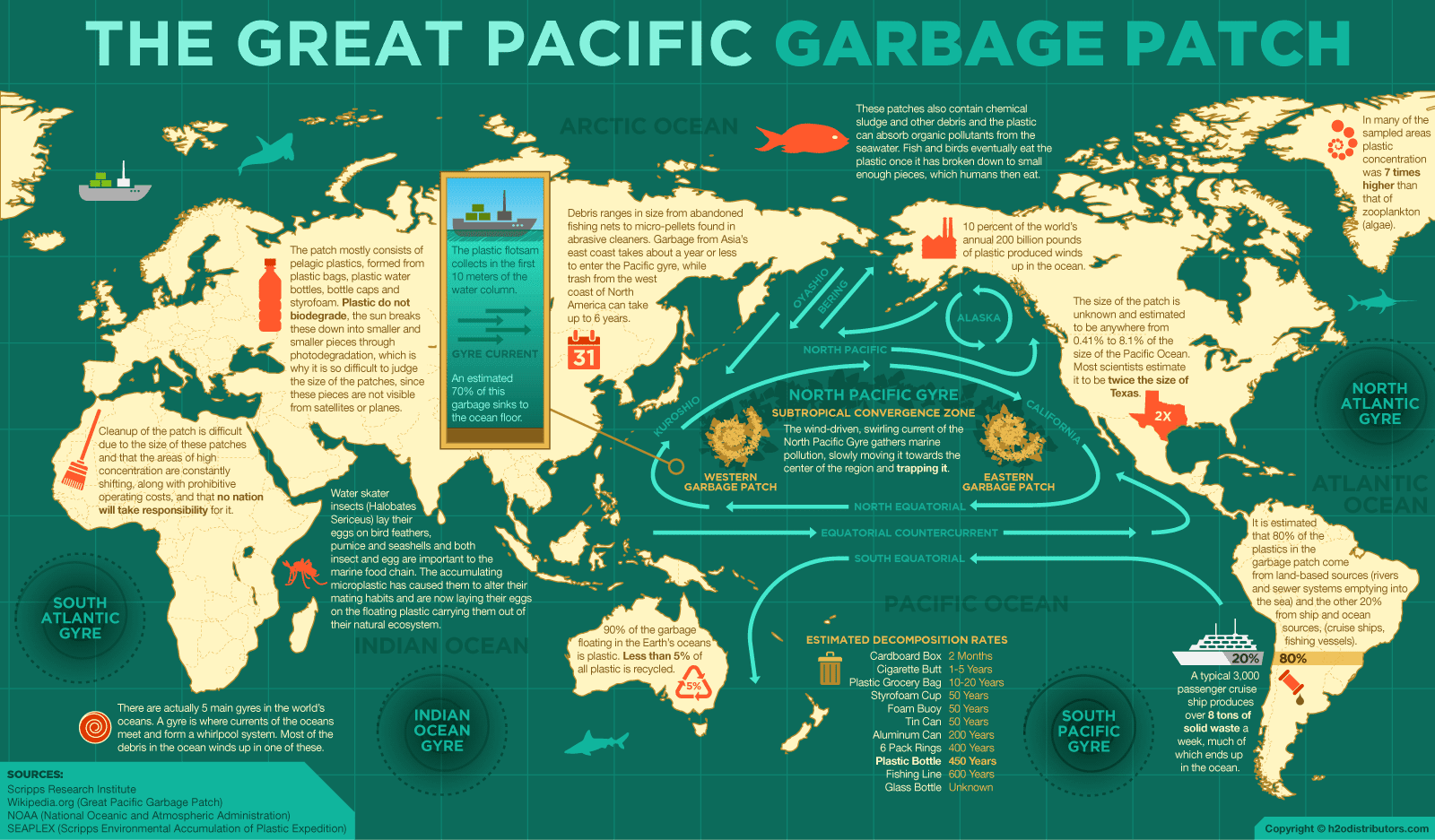 Debris ranges in size from abandoned fishing nets to micro-pellets found in abrasive cleaners. Garbage from Asia's east coast takes about a year or less to enter the Pacific gyre, while trash from the west coast of North America can take up to 6 years.

The garbage patch mostly consists of pelagic plastics, formed from plastic bags, plastic water, bottles, bottle caps, and styrofoam. Plastic does not biodegrade, the sun breaks these down into smaller and smaller pieces through photodegradation, which is why it so difficult to judge the size of the patches, since these pieces are not visible from satellites or planes.


These garbage patches also contain chemical sludge and other debris and the plastic can absorb organic pollutants from the seawater. Fish and birds eventually eat the plastic once it has broken down into small enough pieces, which humans then eat.

Th size of the patch is unknown and estimated to be anywhere from 0.41% to 8.1% of the size of the Pacific Ocean. Most scientists estimate to be twice the size of Texas.

Cleanup off the patch is difficult due to the size of these patches and that the areas of high concentration are constantly shifting, along with prohibitive operating costs, and that no nation will take responsibility for it.