Different types of birds take routes of widely varying lengths. Some round-trip migrations can be as long as 44,000 miles, equivalent to almost two round-the-world trips. Others are much shorter. Some birds even migrate on foot. Many cover thousands of miles and move back and forth between continents. 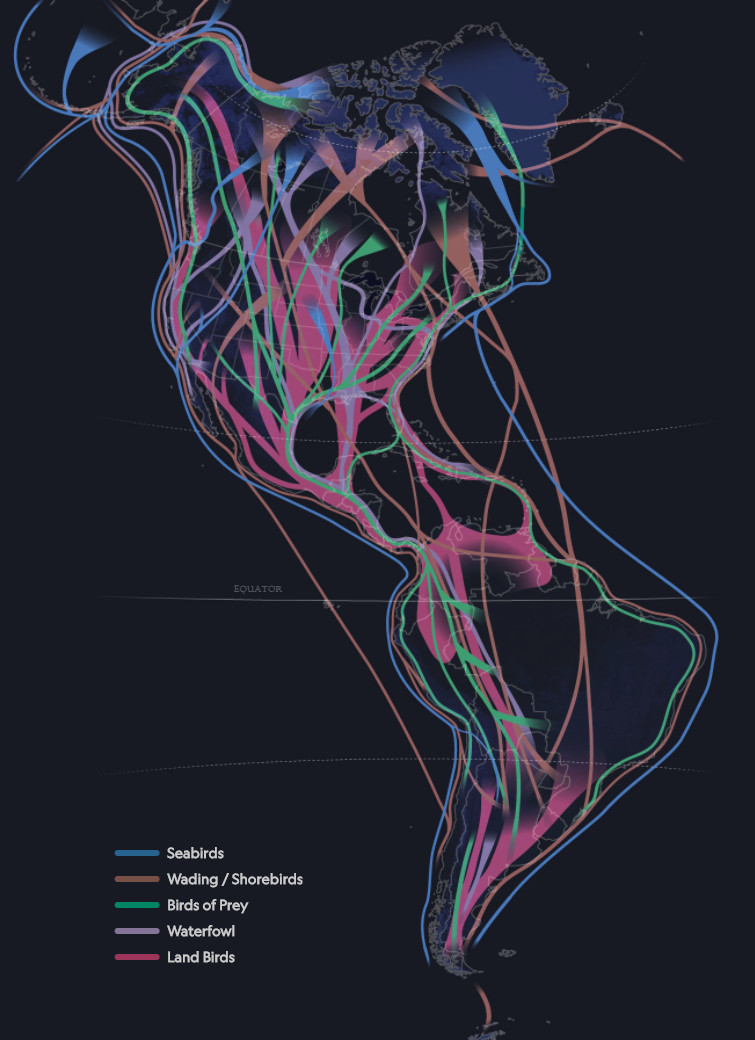 To conserve energy, migrating birds often take direct—and dangerous—routes, which can expose them to storms, predators, and disorientation from perilous navigation conditions. Migrations that cut across deserts or open water are especially risky.

On rare occasions, a storm front or band of rain intersects the birds, killing thousands and forcing an entire sky full of them to stop at the first land they encounter. Birdwatchers revel in these events (known as fallouts). Colorful warblers, orioles, and tanagers decorate every bush and provide eye-level views as they forage ravenously to recover from the difficult flight.

Human activity over the past century has increased the hazards. Habitat loss, pesticides, and hunting or trapping on stopover grounds have taken major tolls on migrating birds. The bright lights of cities can be particularly disorienting to migrant birds, many of which fly at night, resulting in fatal collisions with buildings and radio towers.