Many governments and nongovernmental organizations are collaborating in an attempt to protect the marine ecosystems of the Arctic in the face of climate change and increasing pressure from industry. This task is complicated by the differervLctesignations of protection as well as by the numerous governing bodies that have created these designations. ^

Marine Protected Areas of the Arctic are being explored to determine their current state of protection within the larger Important Marine Areas.

The entire central Arctic Ocean sea ice is an ecologically important area but was omitted from the analysis because there are no protective measures in place for that region. The Arctic Council’s Arctic Monitoring and Assessment Programme boundary was used to define the Arctic. Marine Protected Area (MPA) data are from MPAtlas and the World Database on Protected Areas. Data from these sources were merged and the overlapping areas were removed. Data were also cleaned to remove sliver polygons and artifacts of imprecisely defined boundaries. MPAs < 1 km2 were not included in the analysis. There are very few MPAs within the ecologically important marine areas. 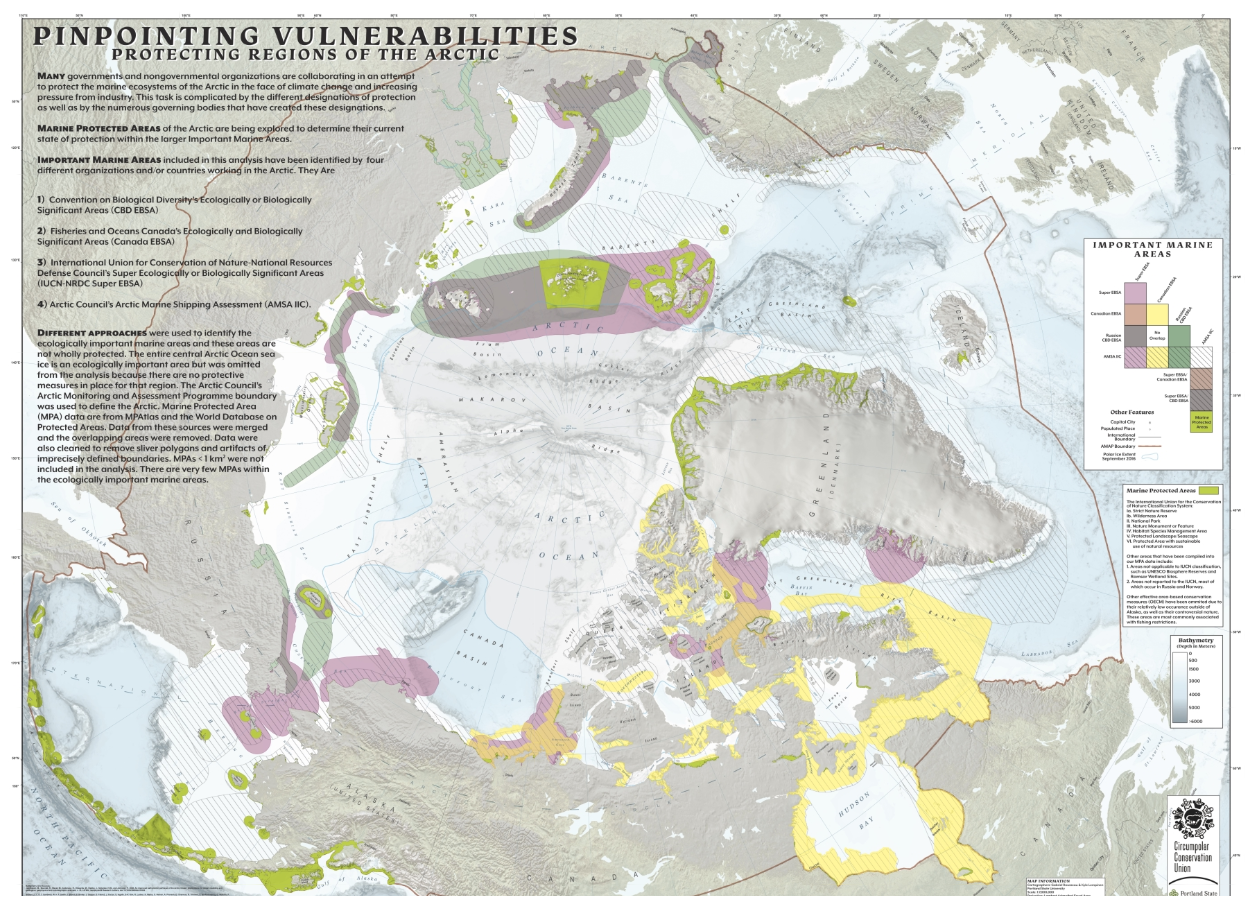