The seas of plastic: from land to sea, contribution of coastal regions to the 5 gyres and other accumulation zones

Plastic pollution in the oceans represents a major global environmental challenge. At a global scale, man-made debris has been observed to accumulate in remote areas of the ocean in large circulating gyres. The source of this plastic is assumed to be mostly land-based, however little is known about the relative contribution of different land-based sources to each gyre. 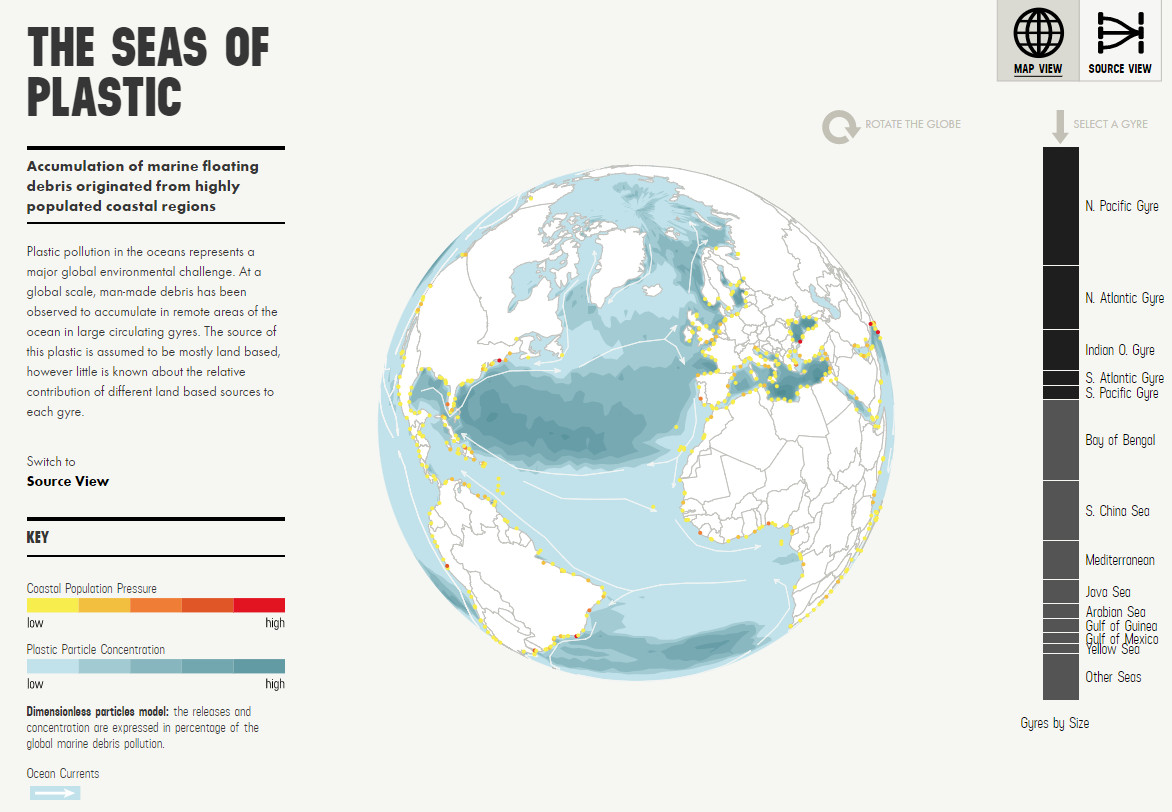 By modeling and tracking the paths of plastic particles from land to sea we can estimate the relative sizes of each gyre. Also, the model reveals the relative contributions of the different source regions to each of the gyres. These relationships are visualized here and allow to compare the contributions by source and gyre. 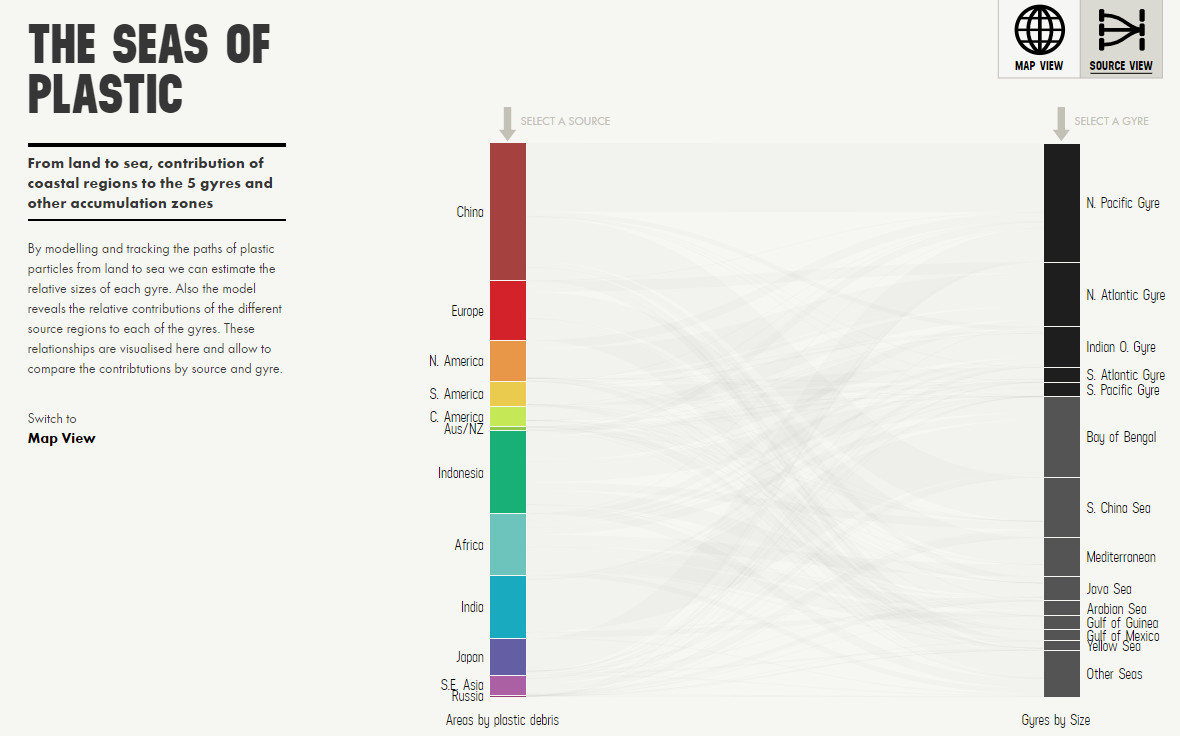