New York City
NYC's urban forest provides numerous environmental and social benefits, and street trees compose roughly one-quarter of that canopy. This map shows the distribution and biodiversity of the city's street trees based on the last tree census. 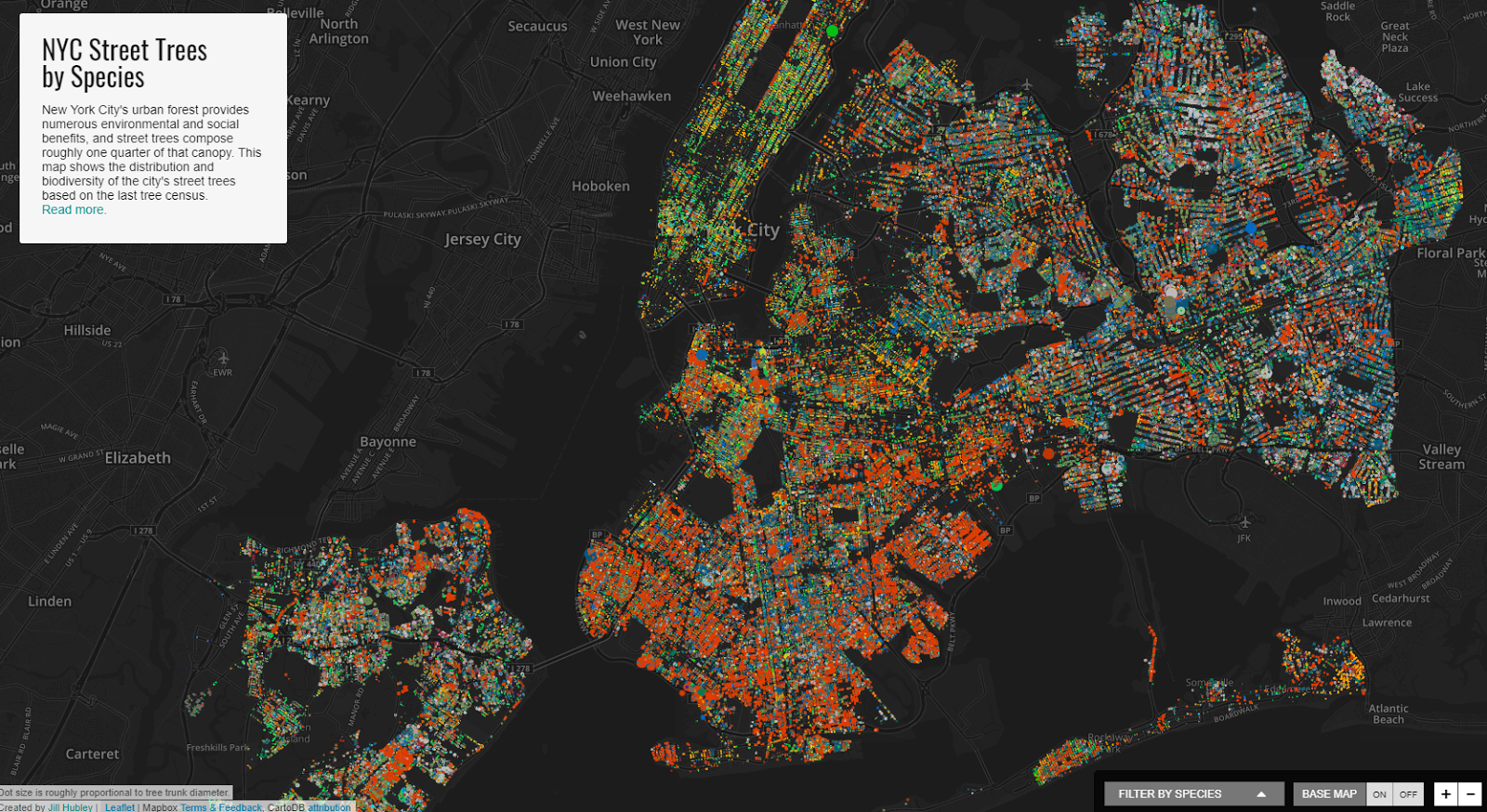 London
This map has been created using tree data made available by London's local authorities and Transport of London. The map shows the locations and species information for over 7000,000 trees. The majority of the data is for street trees but also includes some park trees. It's estimated that there are over eight million trees in London. 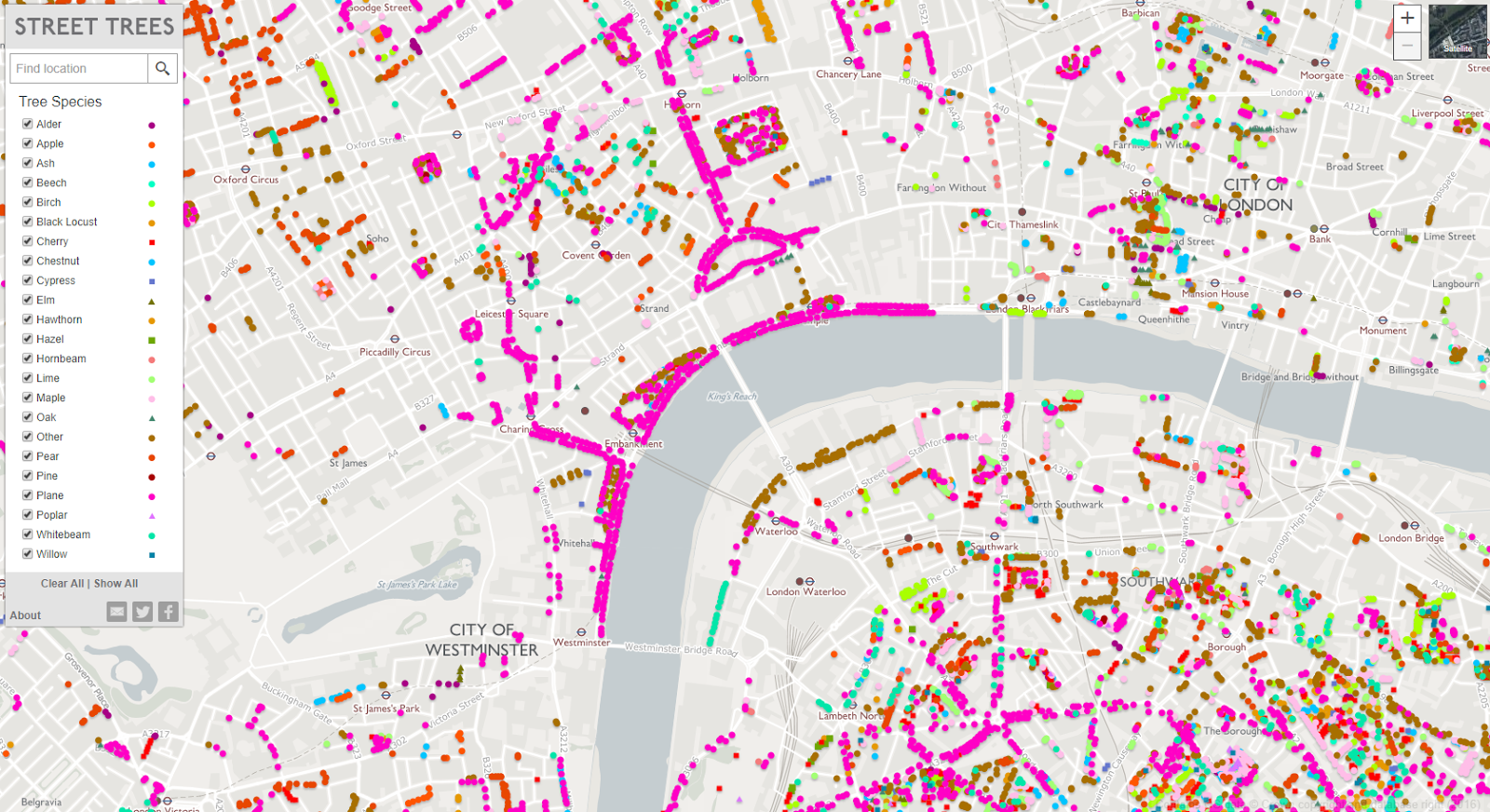 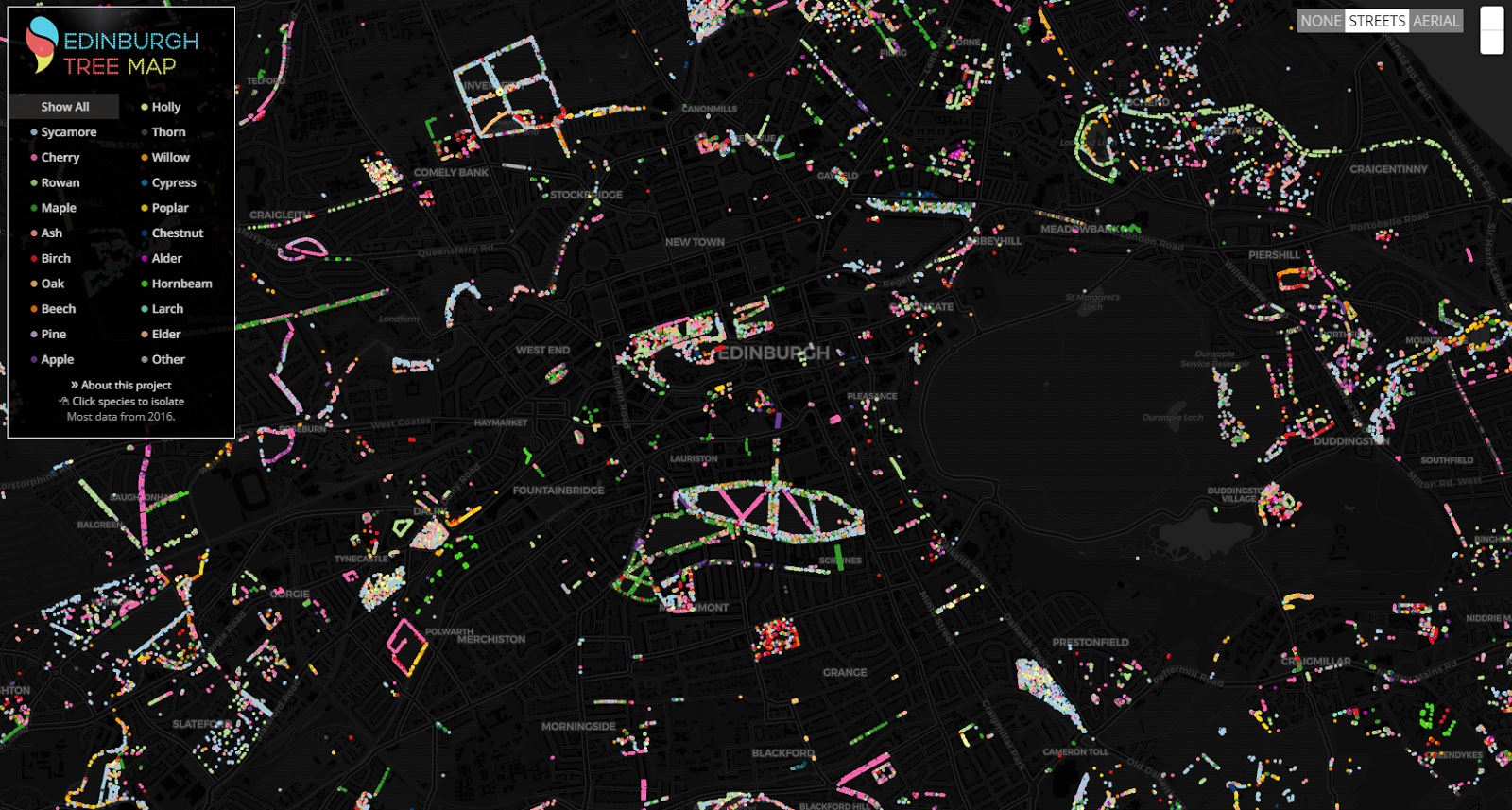 Melbourne
The City of Melbourne maintains more than 70,000 trees. This website enables you to explore this dataset and some of the challenges facing Melbourne’s Urban Forest. 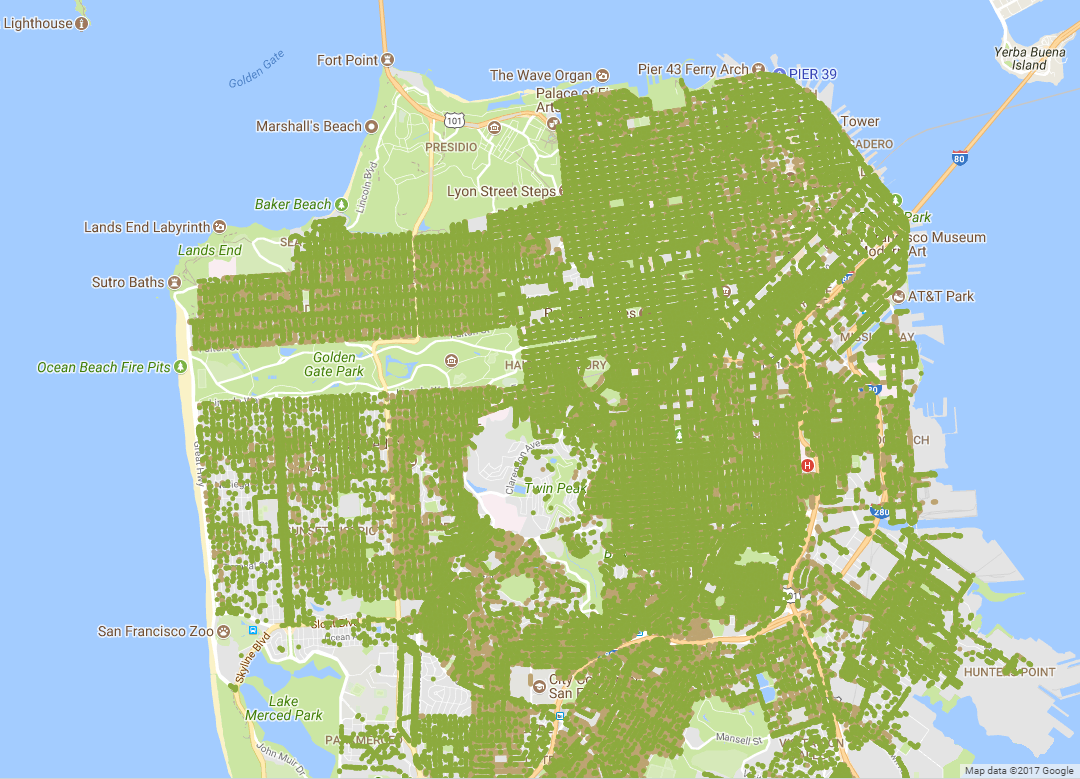 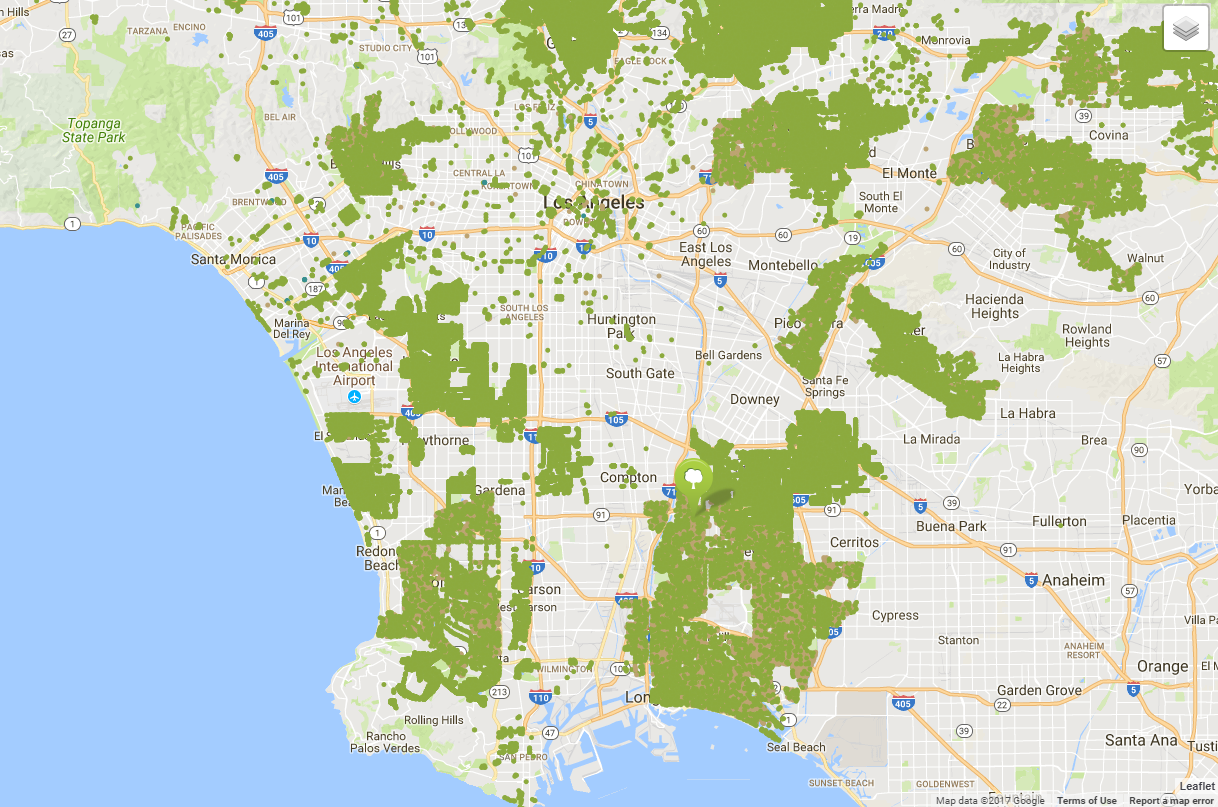 The City of Madison