The pessimistic scenario developed by Co$ting Nature removes the pixels corresponding to forest cover over time from the average annual deforestation in the region based on the Global Forest Change data set (2000-2012). The new deforestation areas are assigned according to the distribution of agricultural suitability as well as existing and planned road networks. Another forest loss of 0.3% per annum is added as a projection for a plausible increase in the rate of deforestation in the future. The setting restricts the occurrence of deforestation within protected areas by 10% representing an ineffective protected areas system. The resulting map is a forecast for the year of 2260, when much of the Amazon forest will be lost forever. The projections were made by professor Mark Mulligan of King’s College London, at the request of Info Amazonia. 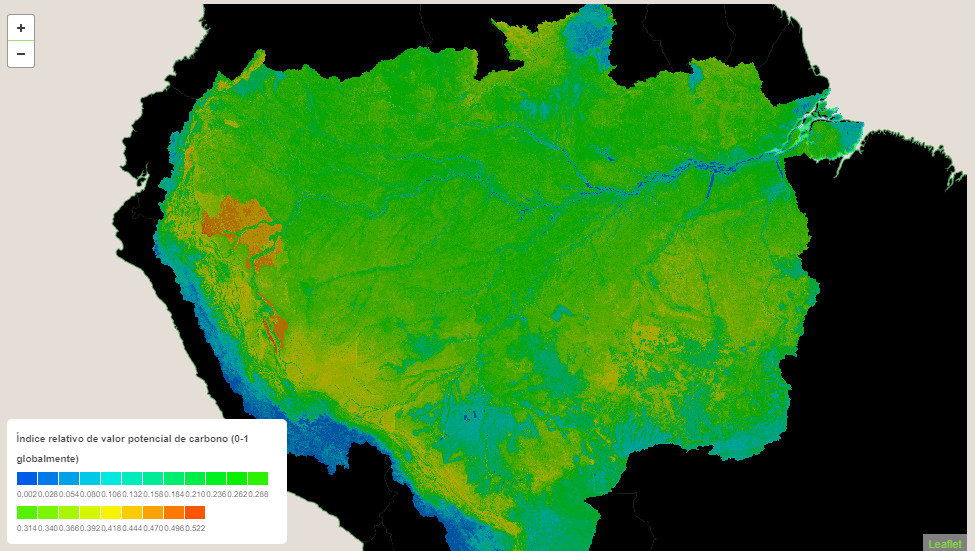 Carbon ecosystem services index in plants and soil in the Continental Amazon. In orange tone, the peat soils zones in Peru stand out. Brazil is one of the major emitters in the world and most of its contribution originates from fires and illegal deforestation occurred in the Amazon.