CO2 emissions per capita by country

CO2 emissions are the central driver of global climate change. It’s universally recognized that to evade the most severe consequences of climate change, the world must urgently reduce emissions.
In 1950 the world emitted six billion tonnes of carbon dioxide. By emission had roughly quadrupled, touching more than 22 billion tonnes. Later CO2e missions have proceeded to multiple, reaching more than 36 billion tonnes every year.
In the twentieth century, global carbon dioxide emissions were dominated by Europe and the United States. In 1900, more than 90 percent of emissions were created in Europe or the United States. Even by 1950, they estimated for more than 85 percent of emissions each year!
In the second half of the twentieth century, everything changed. Significant increases in carbon dioxide emissions have occurred in Asia, especially in China.
Today, the United States and Europe estimate for just under 1/3 of emissions of CO2.
The graph below created by a Reddit user jcceagle shows Carbon dioxide emission per capita by leading countries.
CO2 emission per capita since 1800 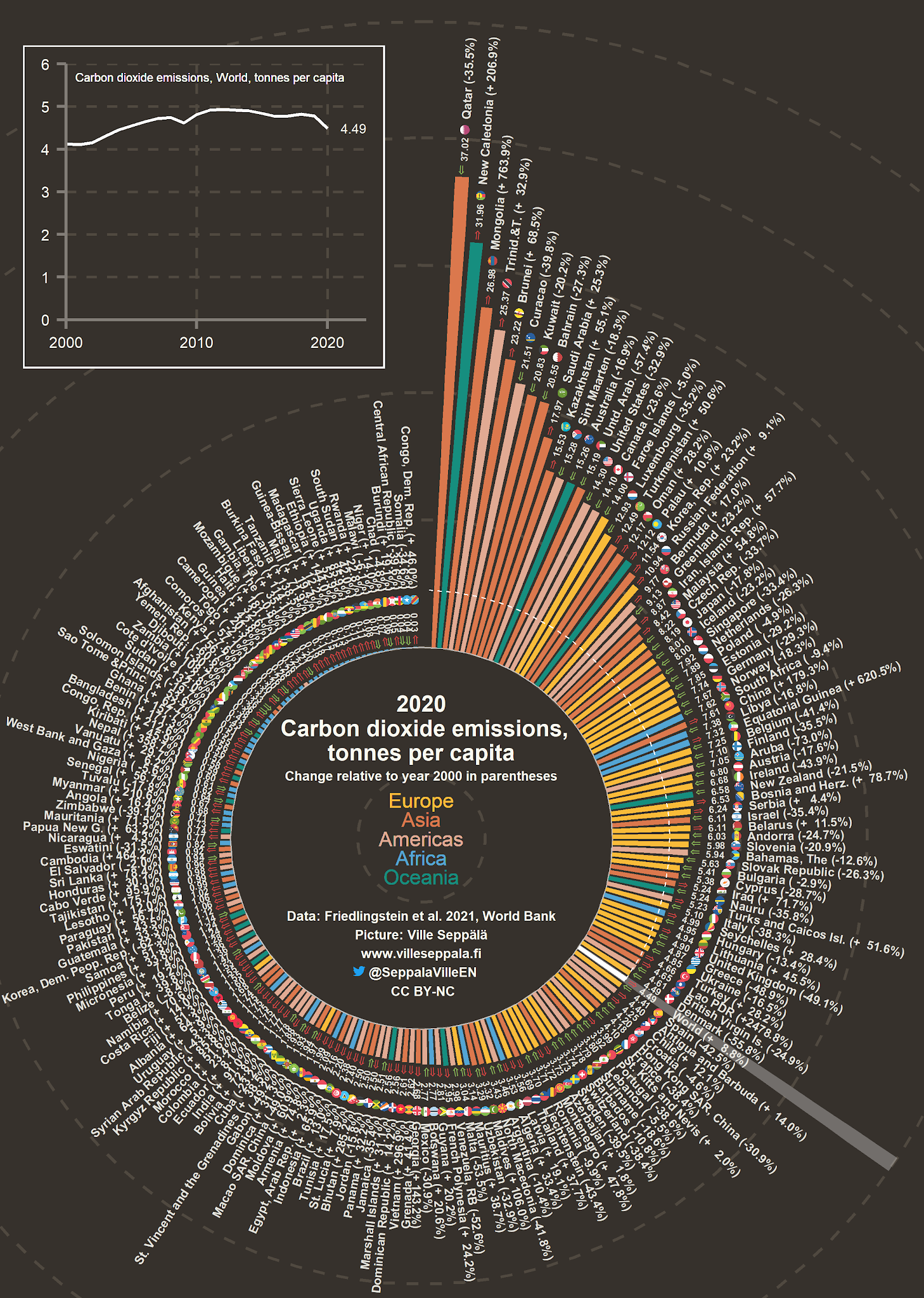