The New York seascape encompasses more than 16,000 square miles of coastal and ocean waters from Montauk, New York to Cape May, New Jersey, and represents one of the world’s most diverse and vibrant marine environments. Hie same waters that support this ecological treasure trove are also among the busiest in the world, with 22 million people living along the coastline, as well as major economic activities including shipping, fishing, energy development, and recreation. The Wildlife Conservation Society (WCS) draws upon its cutting-edge scientific research, policy expertise, and the platform of the New York Aquarium to promote conservation of ocean wildlife and habitats in the New York seascape. 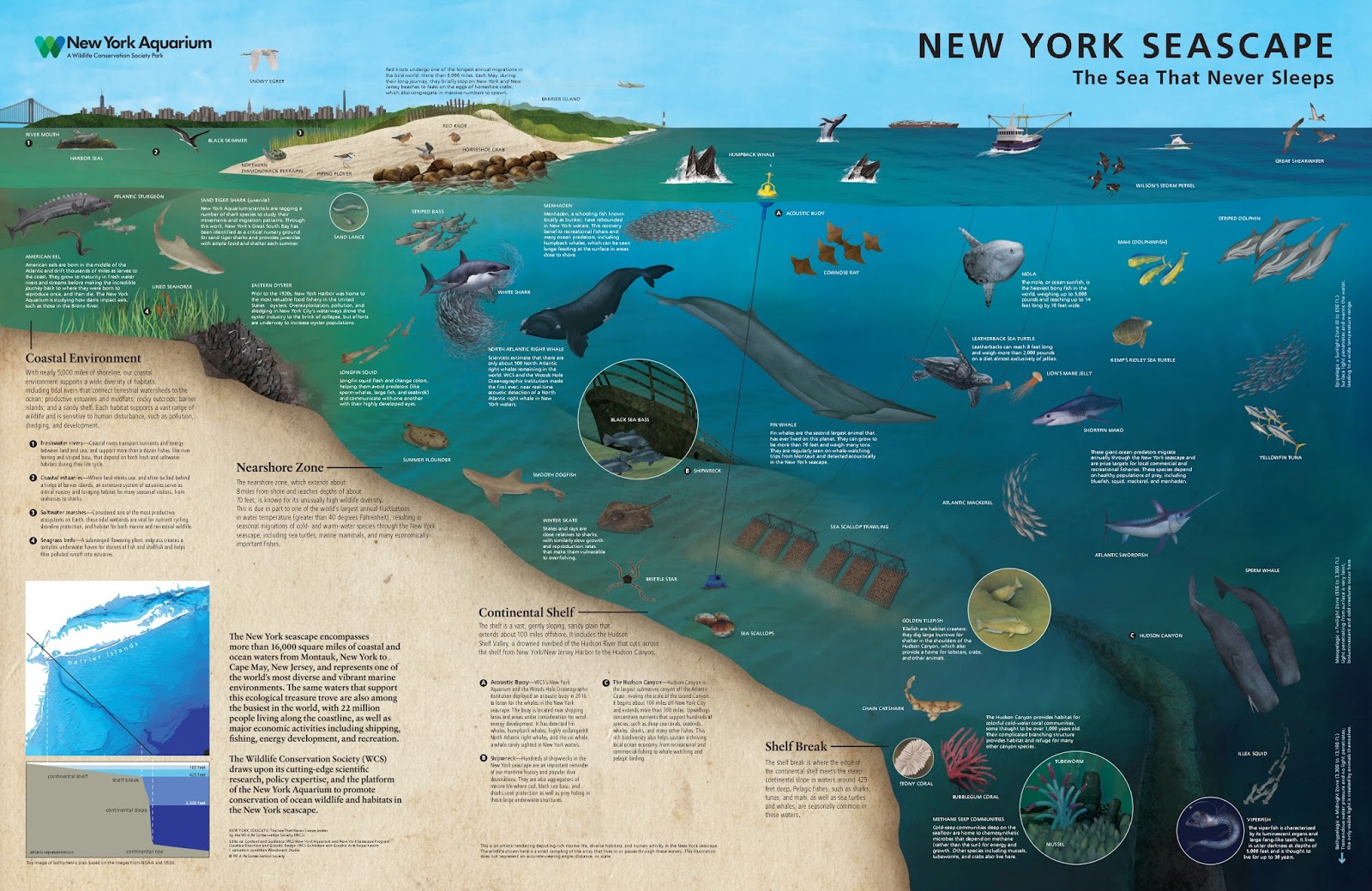 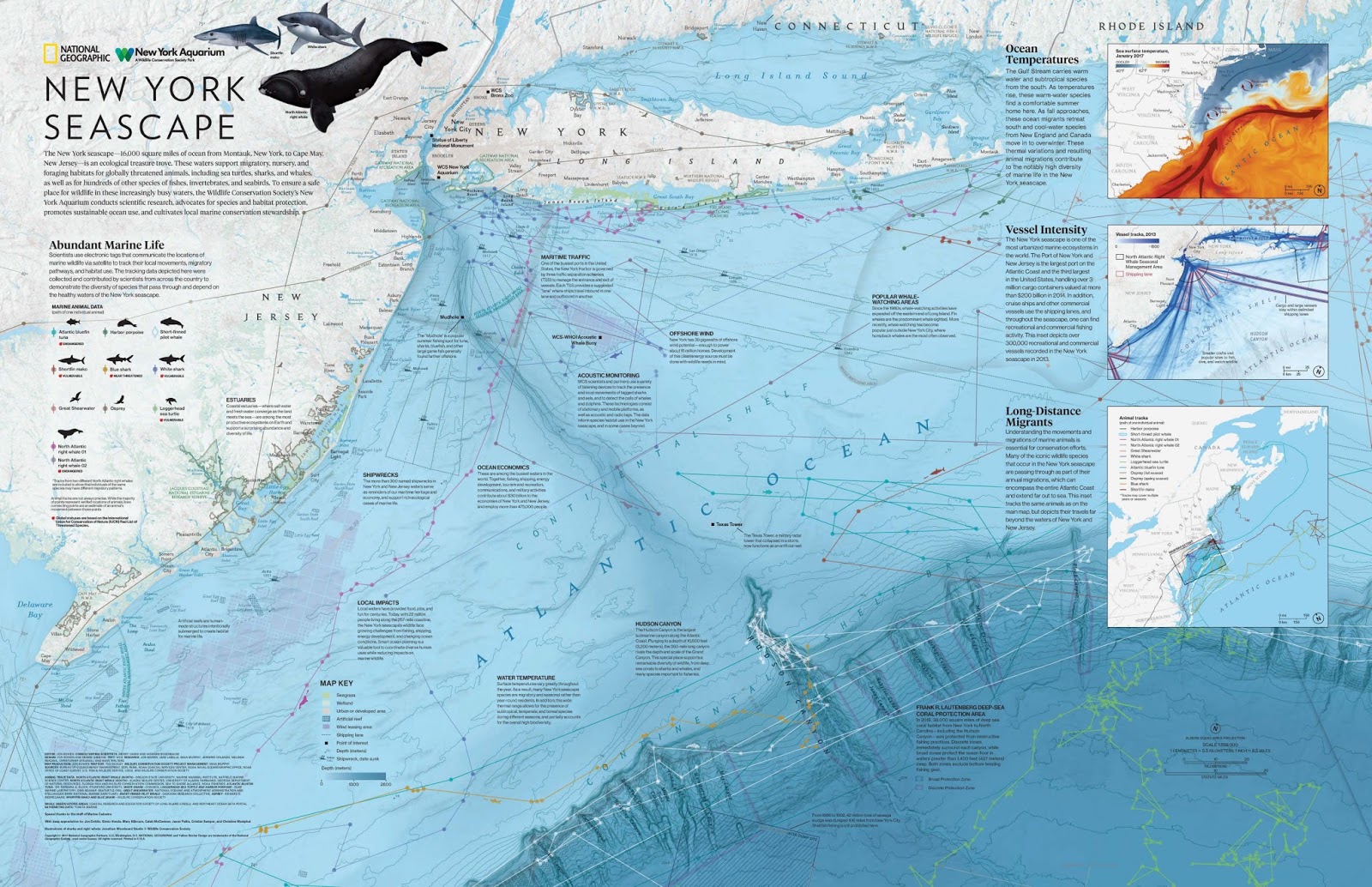