Lights On & Lights Out

Light out (magenta)
Some reasons for extinguished nighttime illumination are the collapse of population or infrastructure due to war or social upheaval, the contraction of populations from economically struggling areas, or preventative measures taken to reduce nighttime light pollution. 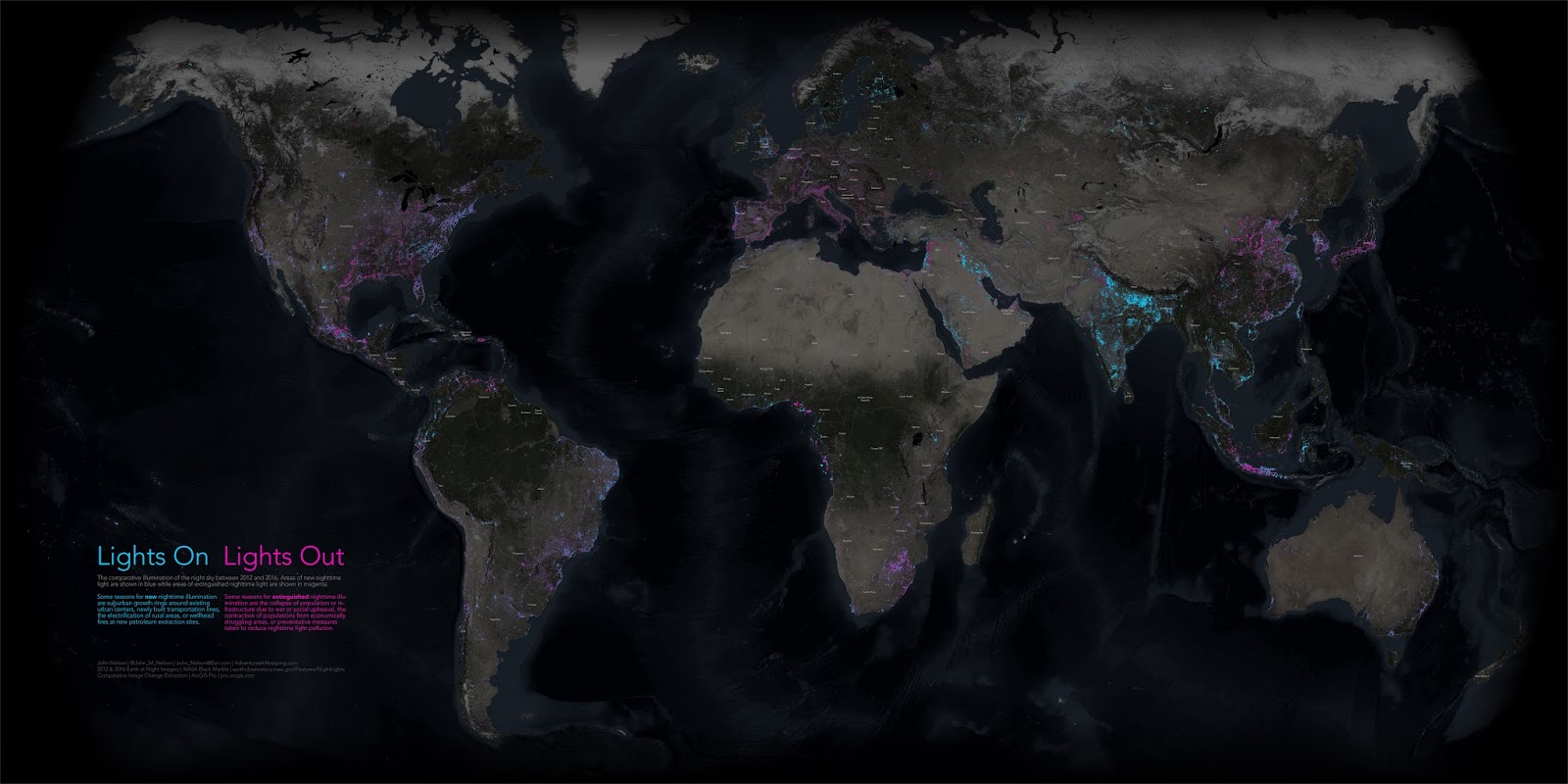