The migration of anatomically modern humans

Two routes jump out as prime candidates for the human exodus out of Africa. A northern route would have taken our ancestors from their base in eastern sub-Saharan Africa across the Sahara desert, then through Sinai and into the Levant. An alternative southern route may have charted a path from Djibouti or Eritrea in the Horn of Africa across the Bab el-Mandeb strait and into Yemen and around the Arabian peninsula. The plausibility of these two routes as gateways out of Africa has been studied as part of the UK's Natural Environment Researdr Council’s programme “Environmental Factors in the Chronology of Human Evolution & Dispersal' (EFCHED).

During the last ice age, from about 80,000 to 11,000 years ago, sea levels dropped as the ice sheets grew, exposing large swathes of land now submerged under water and connecting regions now separated by the sea. By reconstructing ancient shorelines, the EFCHED team found that the 8ab el-Mandeb strait, now around 30 kilometers wide and one of the world's busiest shipping lanes, was then a narrow, shallow channel.

Early humans may have taken this southern route out of Africa.

The northern route appears easier, especially given the team's finding that the Suez basin was dry during the last ice age. But crossing the Sahara desert is no small matter. EFCHED scientist Simon Armitage of the Royal Holloway University of London has found some clues as to how this might have been possible. During the past 150,000 years, North Africa has experienced abrupt switches between dry, arid conditions and a humid climate. During the longer wetter periods huge lakes existed in both Chad and Libya, which would have provided a "humid corridor" across the Sahara. 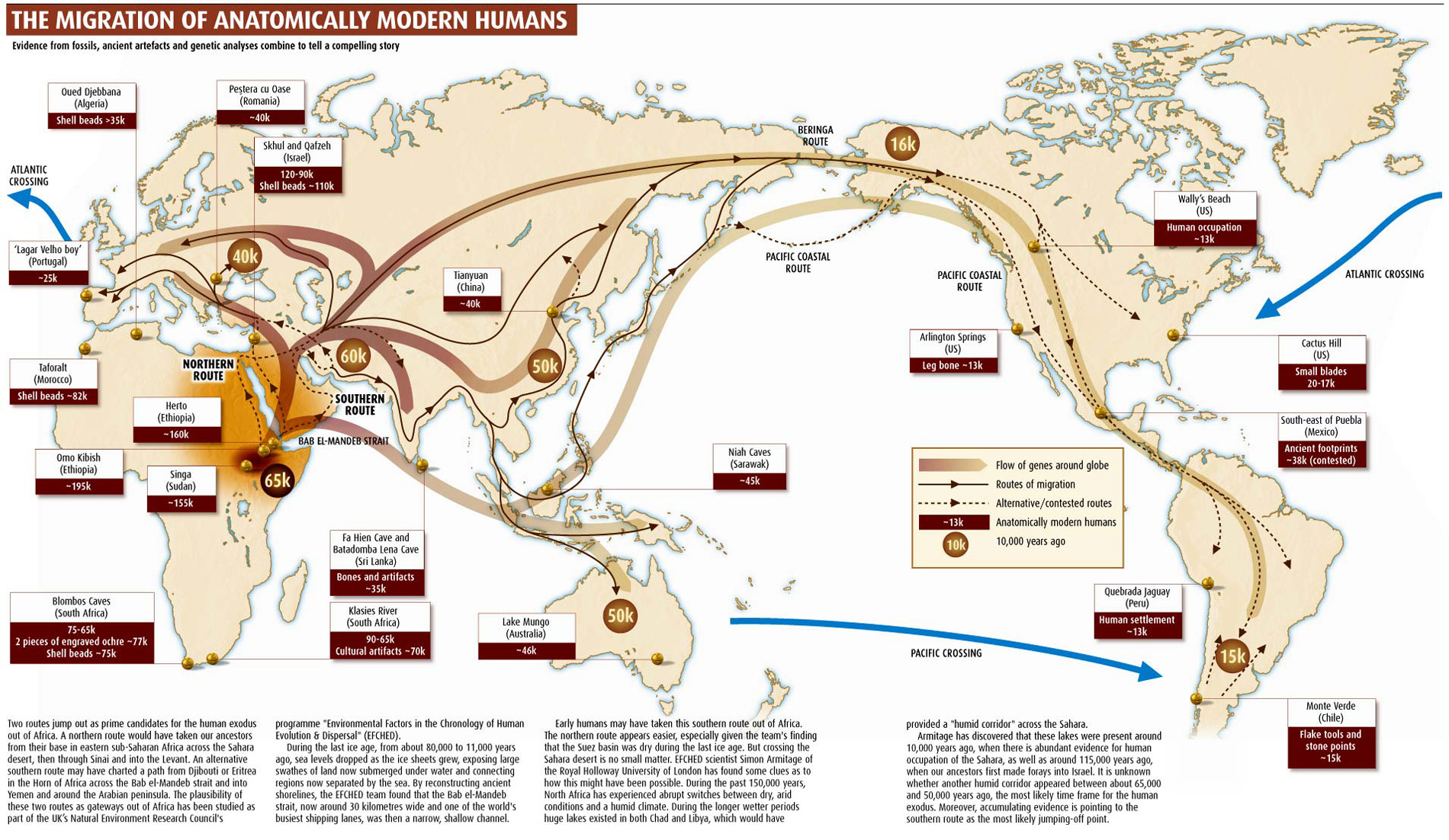