How the world has move to the cities?

Within the next five years, rural living will have reached its climax. According to the United Nations World Urbanization Prospects (a biennial publication from the UN Department of Economic and Social Affairs), rural populations will have reached their absolute high in 2022 with approximately 3.38 billion people. This is only slightly up from the current 3.37 billion people, showing how the number of people not living in cities has flatlined since the turn of the century and comes after a period of continuous growth since the 1950s when only 1.78 billion people lived in the countryside. The current long-term projections see this number going slightly down to 3.2 billion people by 2050.

While the rural population has become a minority globally (at approximately 46 percent), the majority of those are increasingly concentrated in the poorer parts of the world. Sixty-nine percent of people in the least developed countries lives in rural areas, while this number is at only 20 percent in higher-income countries.

This month’s cartogram shows how the distribution of rural populations compares in absolute and relative terms. The large, main map shows the countries of the world resized according to the total number of each’s rural population as of 2016. The varying green shades show the proportion of a country’s total population that live in a rural area (see a key, bottom left). 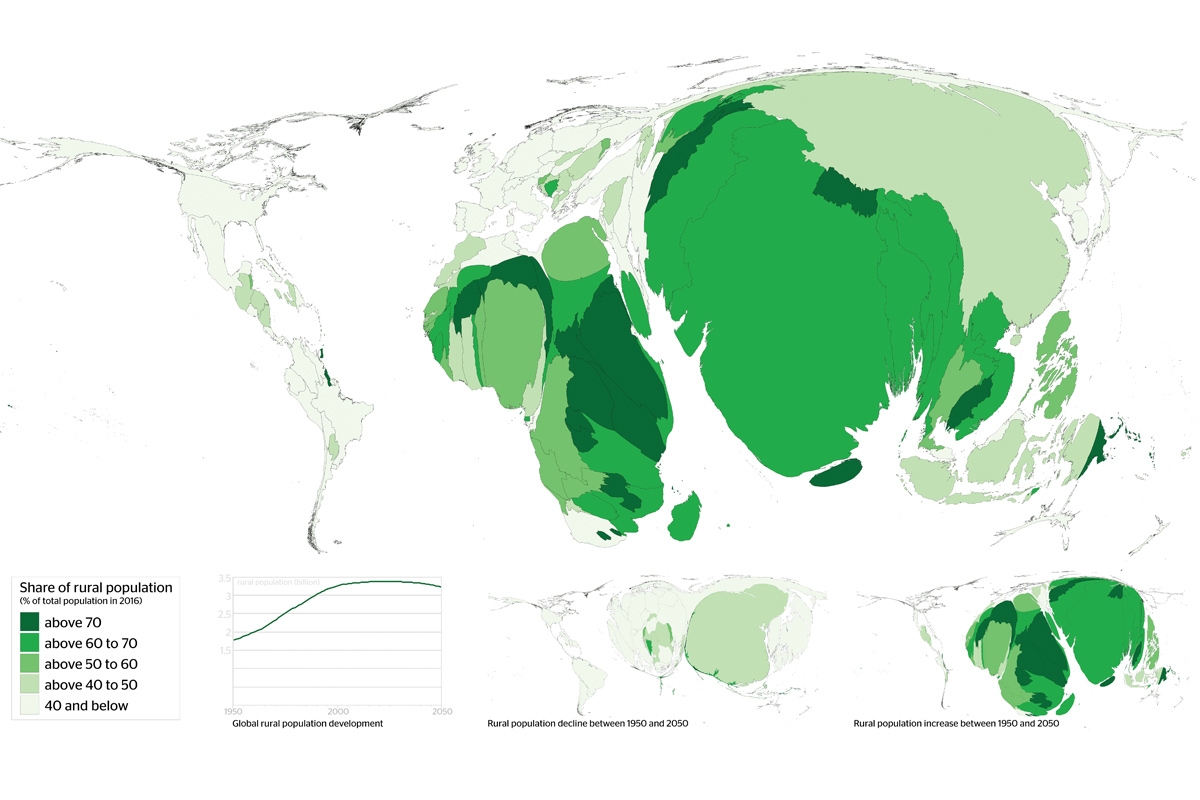