Treepedia: Exploring the Green Canopy in cities around the world

Cities around the world are recognizing this and many are developing strategies to increase green canopy cover. In fact, in 2015, the World Economic Forum’s (WEF) Global Agenda Council (GAC) on the Future of Cities included increasing green canopy cover on their list of top ten urban initiatives: “Cities will always need large—infrastructure projects, but sometimes small—scale infrastructure—from cycle lanes and bike sharing to the planting of trees for climate change adaptation—can also have a big impact on an urban area.”

As cities around the world race to implement green canopy strategies, we’ve developed a metric—the Green View Index—by which to evaluate and compare canopy cover. In collaboration with the World Economic Forum’s Global Agenda Council on the Future of Cities and the World Economic Forum’s Global Shapers community, we will continue to grow this database to span cities all over the globe. What does your green canopy look like?

The Green View Index (GVI) was calculated using Google Street View (GSV) panoramas. This method considers the obstruction of tree canopies and classifies the images accordingly. By using GSV rather than satellite imagery, we represent human perception of the environment from the street level. The GVI presented here is on a scale of 0-100, showing the percentage of canopy coverage of a particular location. Explore the maps above to see how the GVI changes across a city, and how it compares across cities and continents. 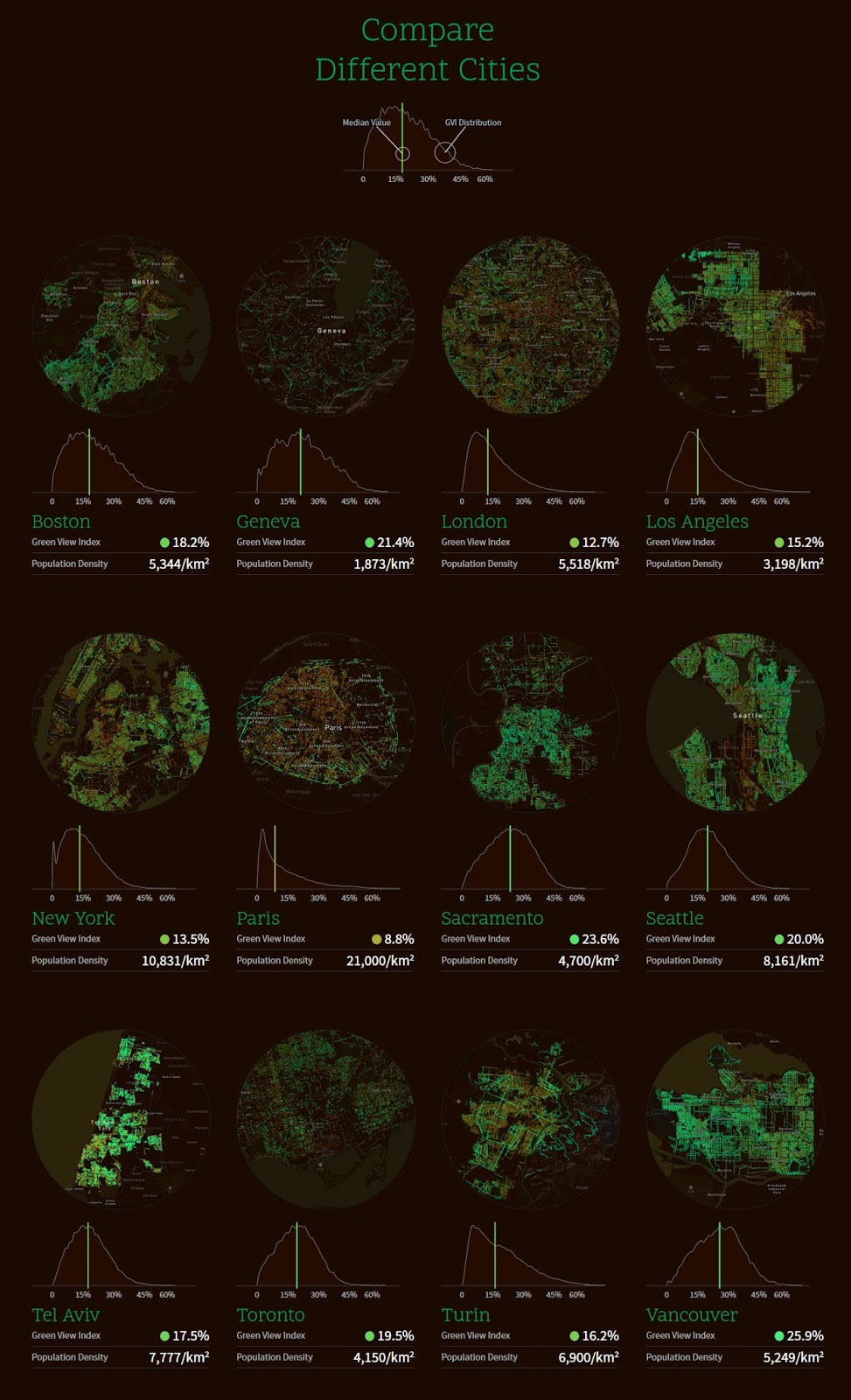