Nonhuman primates, our closest biological relatives, play important roles in the livelihoods, cultures, and religions of many societies and offer unique insights into human evolution, biology, behavior, and the threat of emerging diseases. They are an essential component of tropical biodiversity, contributing to forest regeneration and ecosystem health. Current information shows the existence of 504 species in 79 genera distributed in the Neotropics, mainland Africa, Madagascar, and Asia. Alarmingly, ~60% of primate species are now threatened with extinction and ~75% have declining populations. This situation is the result of escalating anthropogenic pressures on primates and their habitats—mainly global and local market demands, leading to extensive habitat loss through the expansion of industrial agriculture, large-scale cattle ranching, logging, oil and gas drilling, mining, dam building, and the construction of new road networks in primate range regions. Other important drivers are increased bushmeat hunting and the illegal trade of primates as pets and primate body parts, along with emerging threats, such as climate change and anthroponotic diseases. Often, these pressures act in synergy, exacerbating primate population declines. Given that primate range regions overlap extensively with a large, and rapidly growing, human population characterized by high levels of poverty, global attention is needed immediately to reverse the looming risk of primate extinctions and to attend to local human needs in sustainable ways. Raising global scientific and public awareness of the plight of the world’s primates and the costs of their loss to ecosystem health and human society is imperative. 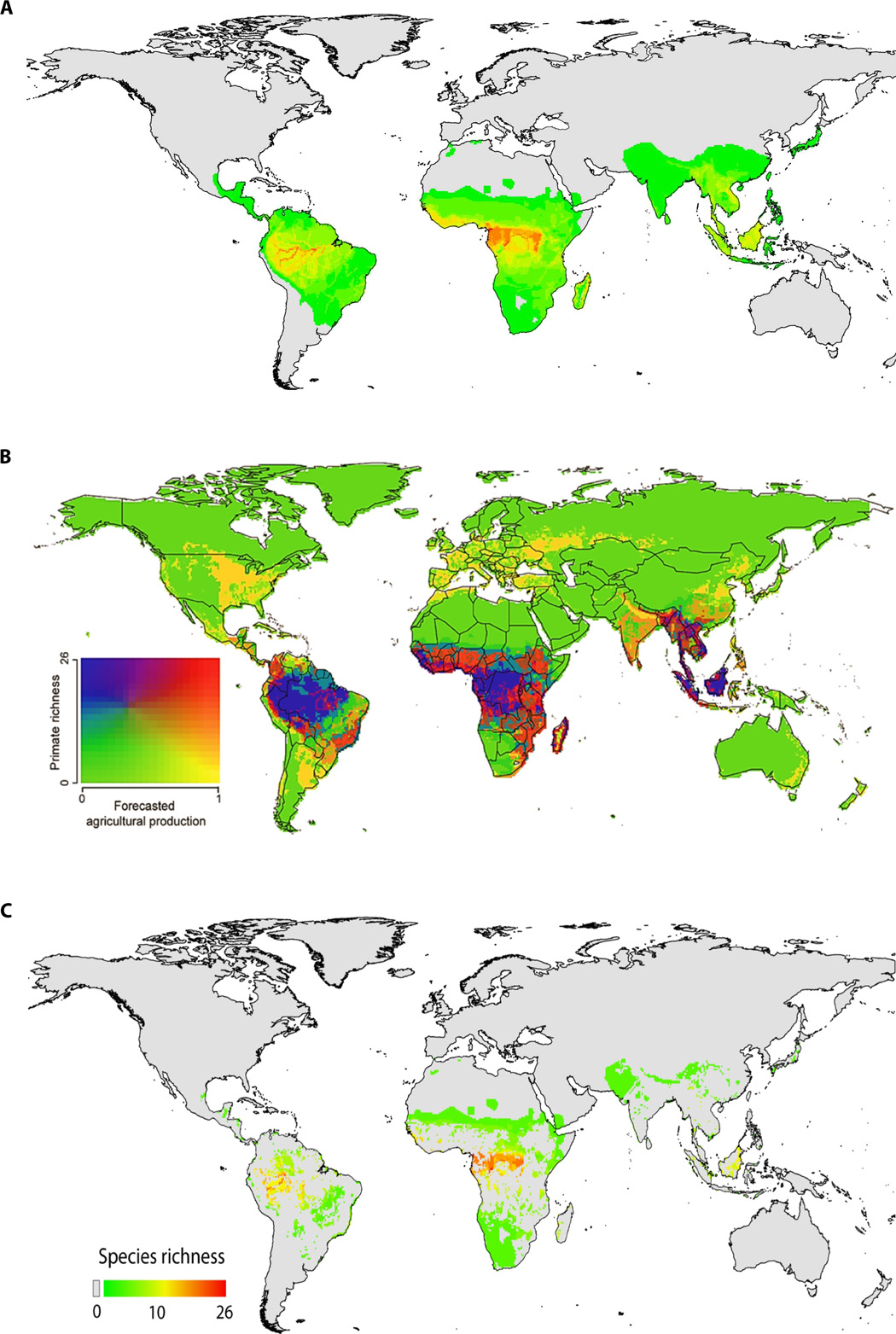