A University of Iowa study has found that the risk of flooding is changing in the United States and varies regionally. The threat of moderate flooding is increasing generally in the northern US (red areas) and decreasing in the southern US (blue areas), while some regions remain mostly unchanged (gray areas). The findings come from comparing river heights at 2,042 locations with NASA satellite information showing the amount of water in the ground. The study was published in the journal Geophysical Research Letters. 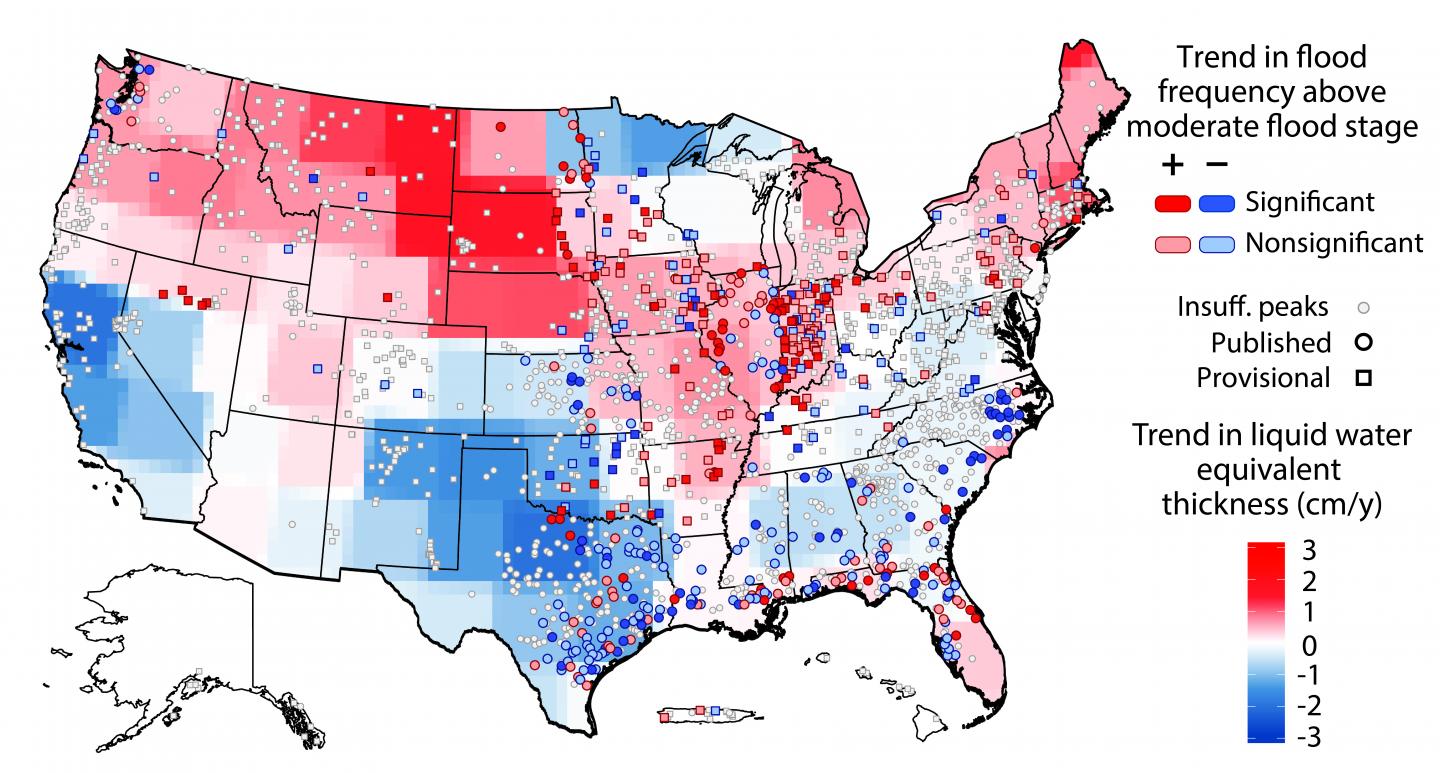