The warming has not been equal over the planet, but the upward trend globally averaged temperature reveals that more territories are warming than cooling. This process clearly shows the graph created by the Reddit user datashown. 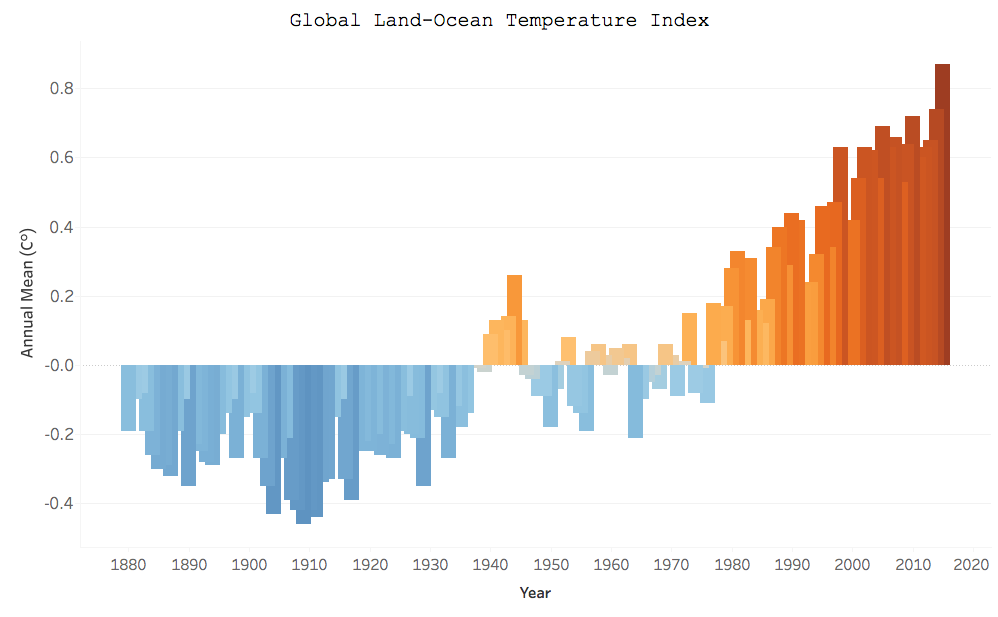