Mapping human impacts on the ocean

By 2020, it is projected that about 6 billion people will live in coastal areas (60 percent of the world’s population).

Cumulative Impact Scores (CIS)
CIS are based on all 19 anthropogenic stressors. Areas of permanent sea ice are shaded white and the area within maximum sea ice extent is masked to indicate where scores are less certain because change in sea ice extent could not be included. 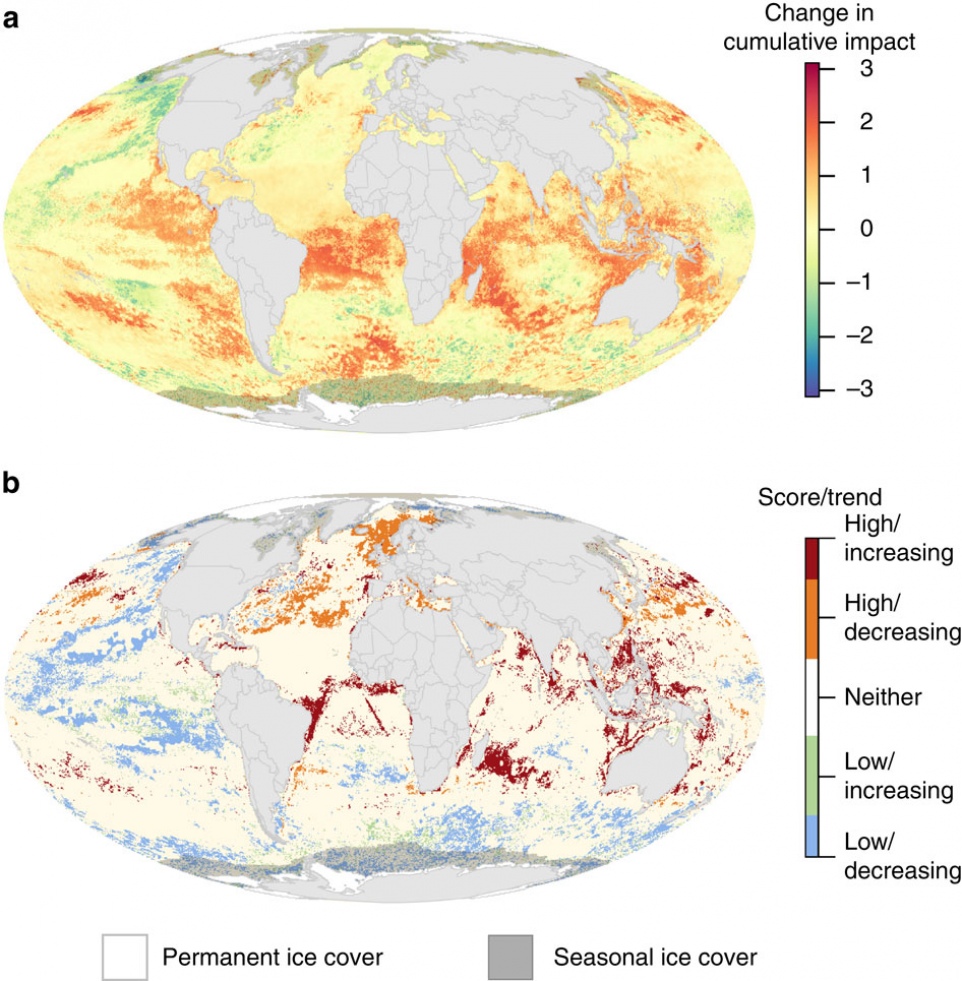