Envenoming resulting from snakebites is an important public health problem in many tropical and subtropical countries.

Although snake bites occur throughout the world, envenoming snakebites are thought to pose a particularly important yet largely neglected threat to public health. This is especially true in rural areas of tropical and subtropical countries where snakebites are common but where there is limited access to health care and to antivenoms. 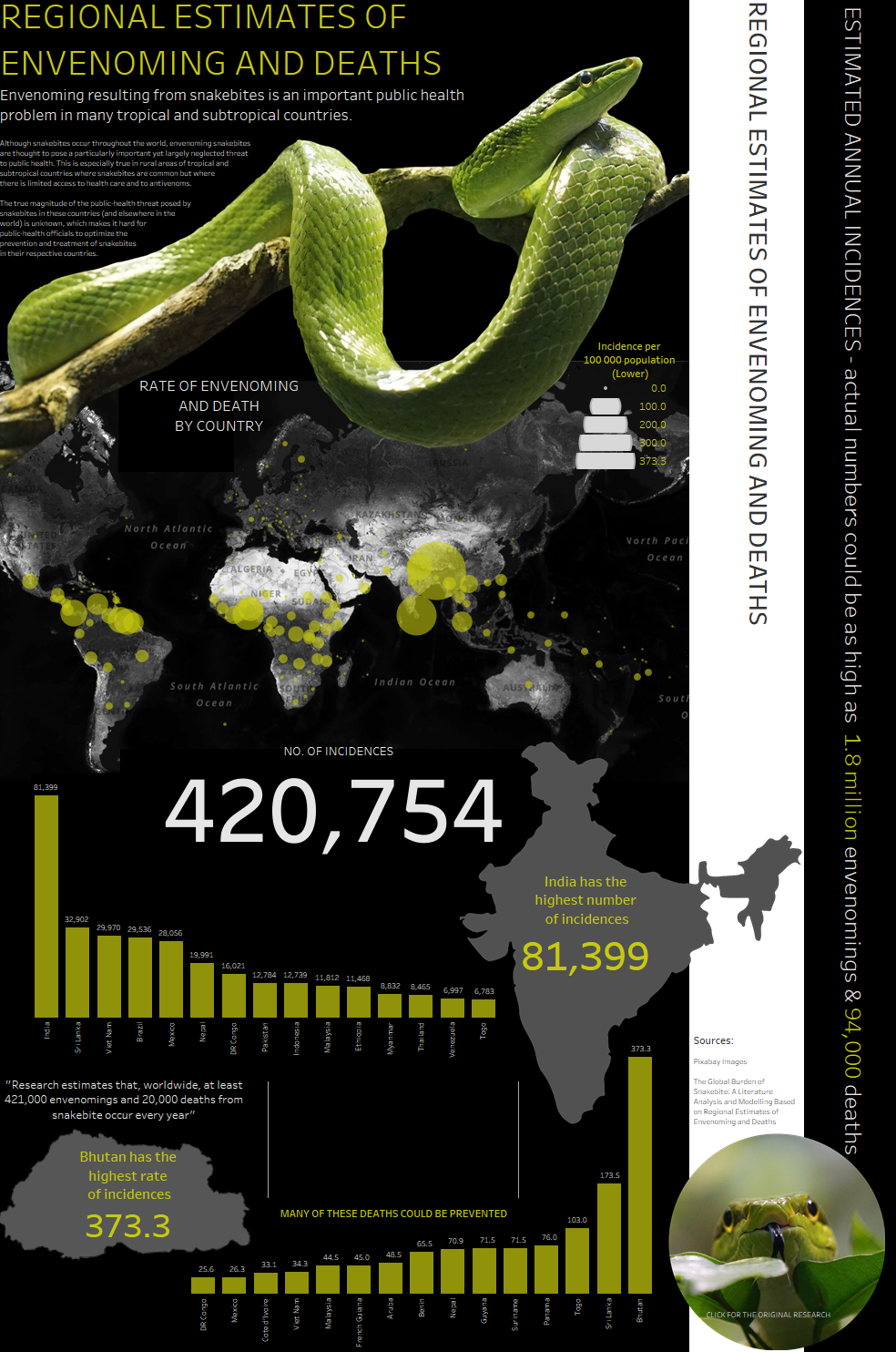 - India has the highest number of incidences (81,399 envenomings).

- Bhutan has the highest rate  of incidences (373,3 envenomings).