Emissions (gCO2) produced by an electric car per 1 km 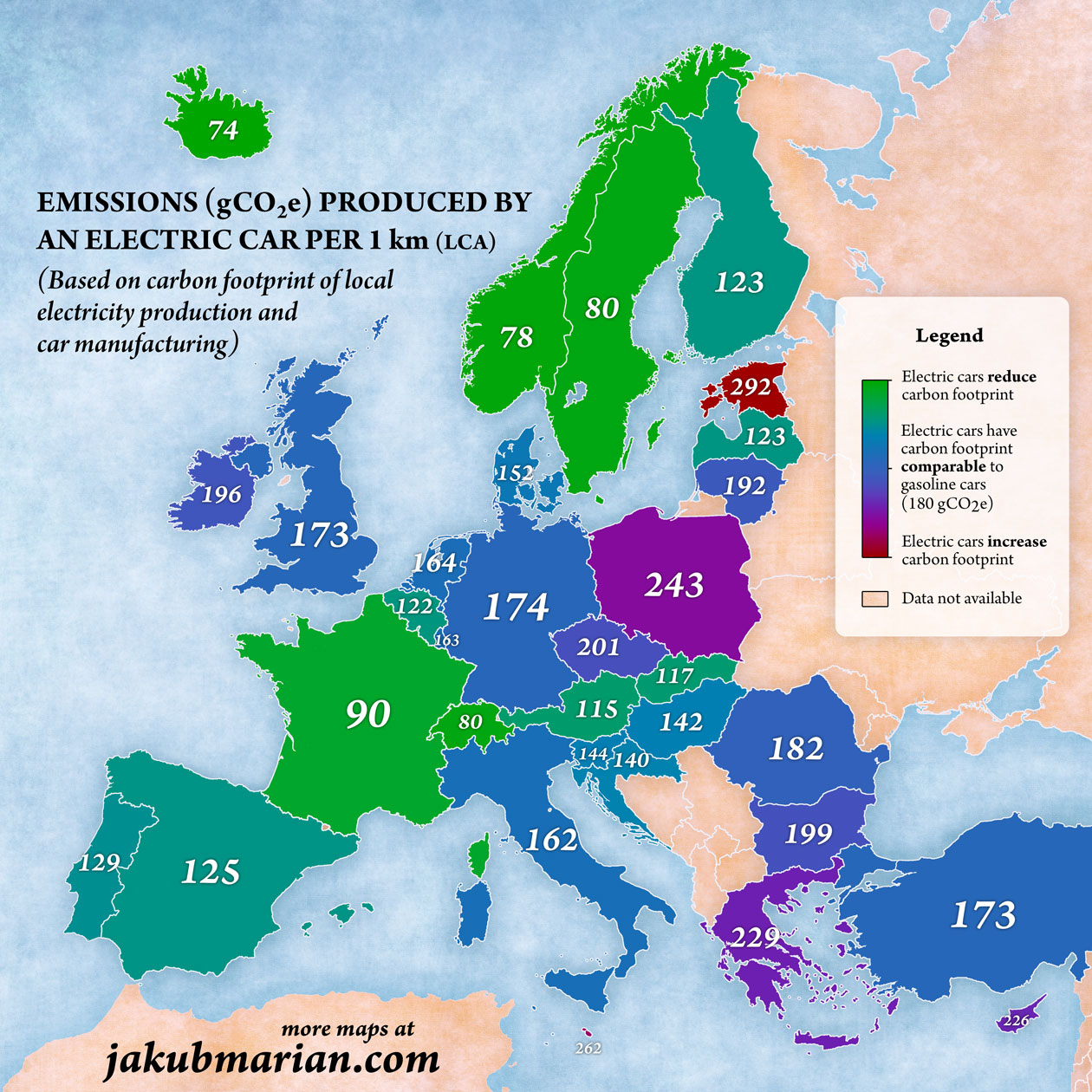 The carbon footprint of a  gasoline car (180 gCO2e/km) or diesel car (170 gCO2e/km), which are currently the most common types of vehicles.

Four categories of countries can be distinguished in Europe:

1. Countries where electricity is mainly generated from renewable sources, such as Iceland or Norway, where hydropower produces almost all electricity. In those countries, electric car is a real solution to fight climate change (these are all green(ish) in the map).

3. Countries where electricity is mainly generated from natural gas. Electric car carbon footprint is globally equal to diesel car or gasoline car. Netherlands, Germany and UK gather more than 60% of electric cars in the UE, with more than 190 000 vehicles in 2015 even though there is no “climate” interest at all.