Chromium-6 found in drinking water across the Unites States 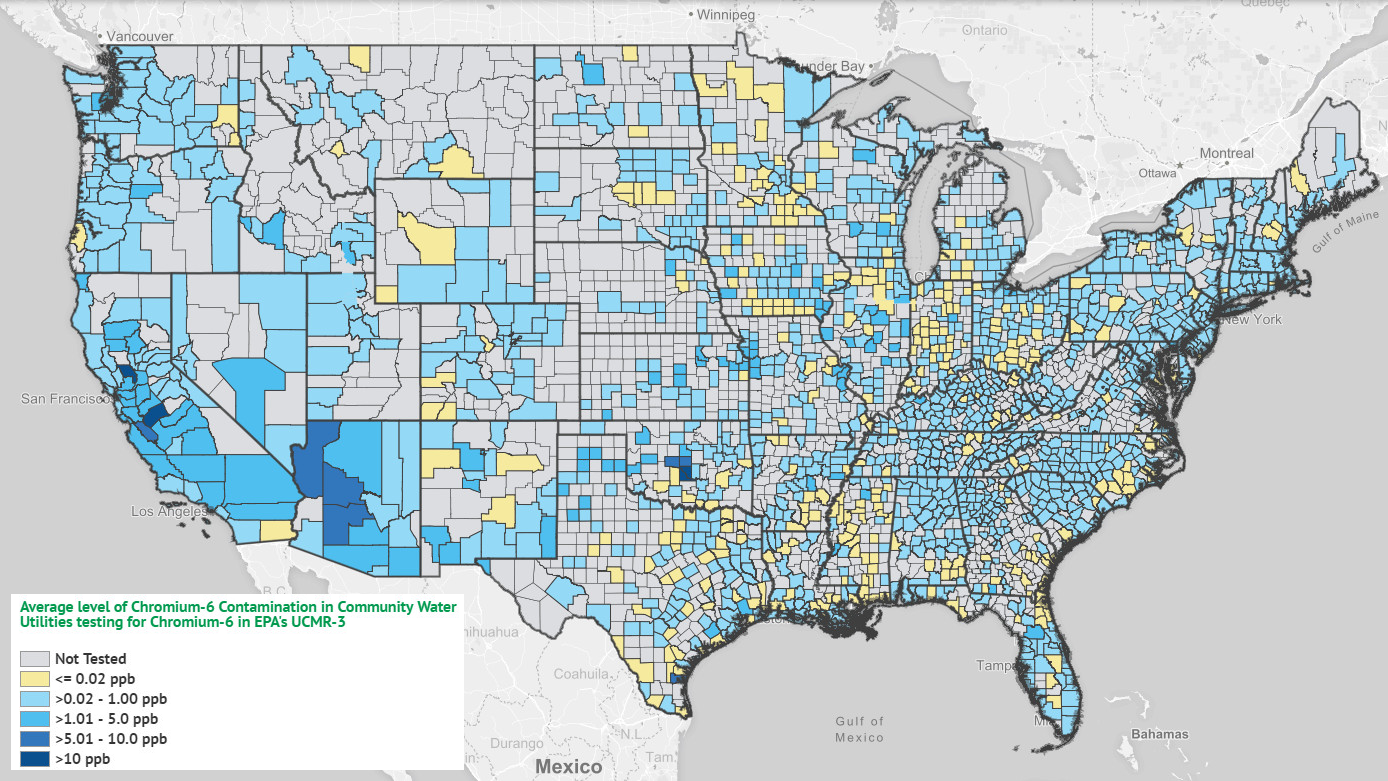 
The tests found chromium-6 in almost 90 percent of the water systems sampled. Oklahoma, Arizona and California had the highest average statewide levels.


A two-year study by the National Toxicology Program (2008) found that drinking water with chromium-6, or hexavalent chromium, caused cancer in laboratory rats and mice.  In 2010, scientists at the respected and influential California Office of Environmental Health Hazard Assessment concluded that ingestion of tiny amounts of chromium-6 can cause cancer in people, a conclusion affirmed by state scientists in New Jersey and North Carolina.