These three maps show land surface temperature anomalies in North America, the Middle East, and Russia from July 20–27, 2016, compared to temperatures for the same dates from 2001 to 2010. 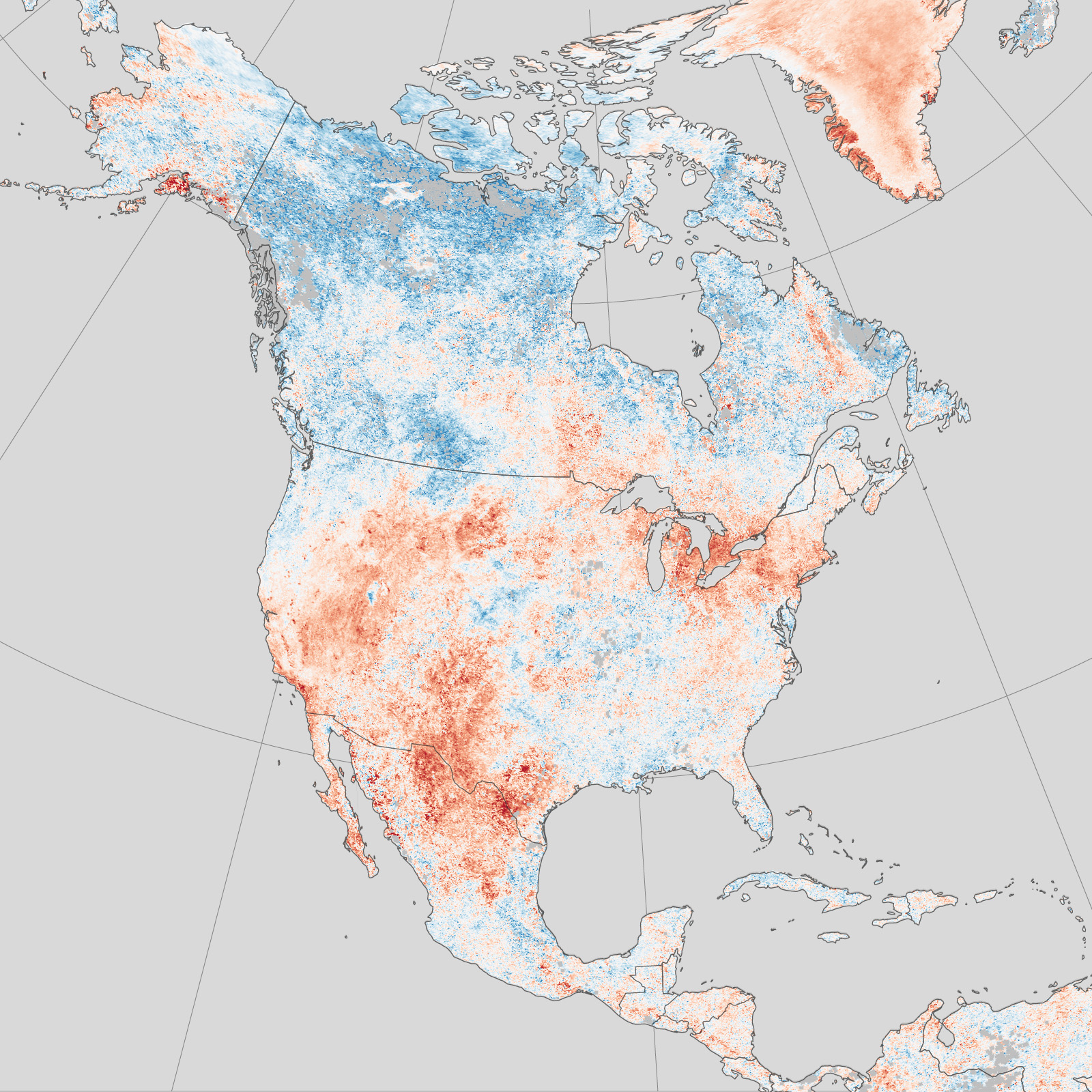 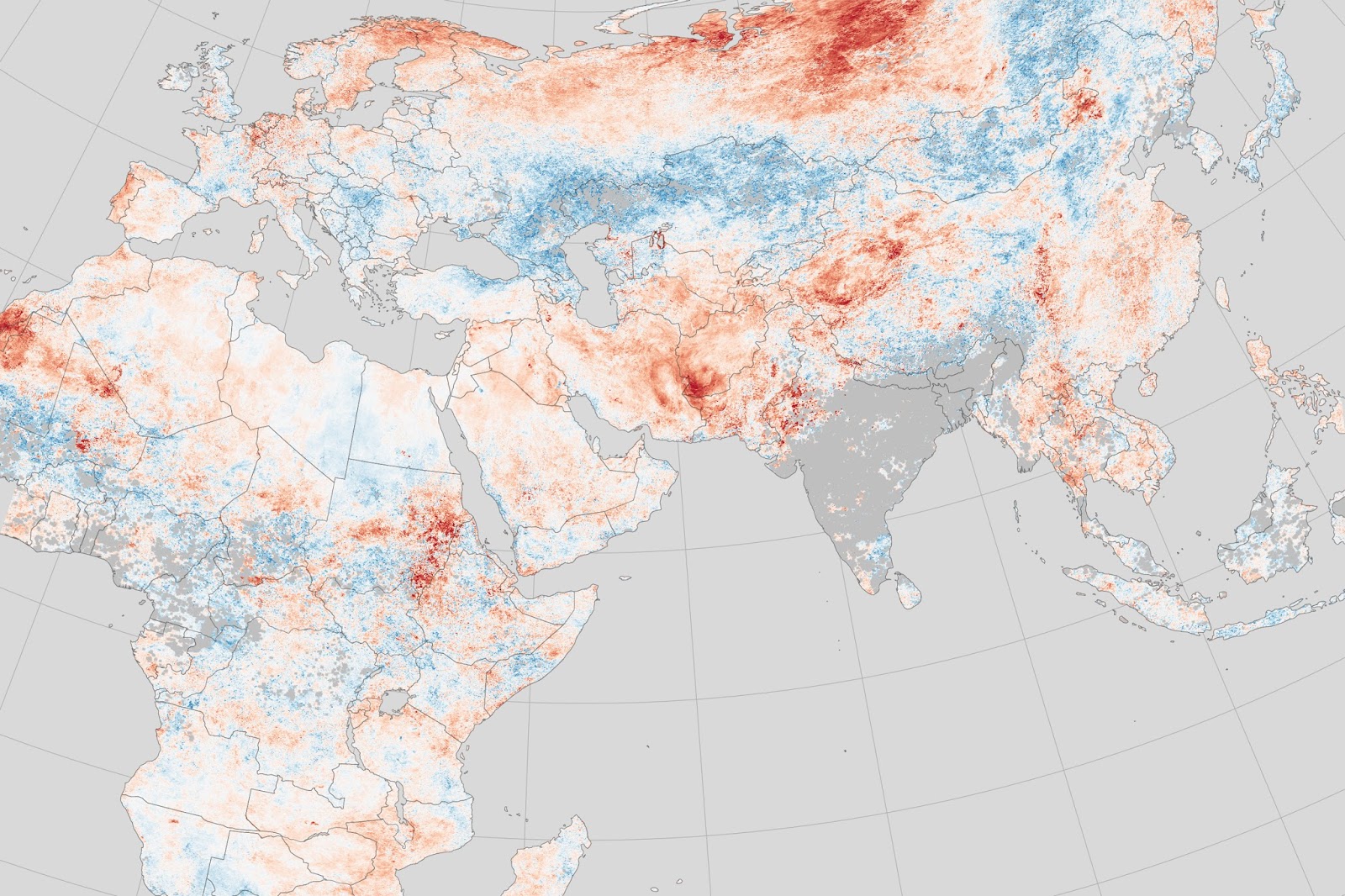 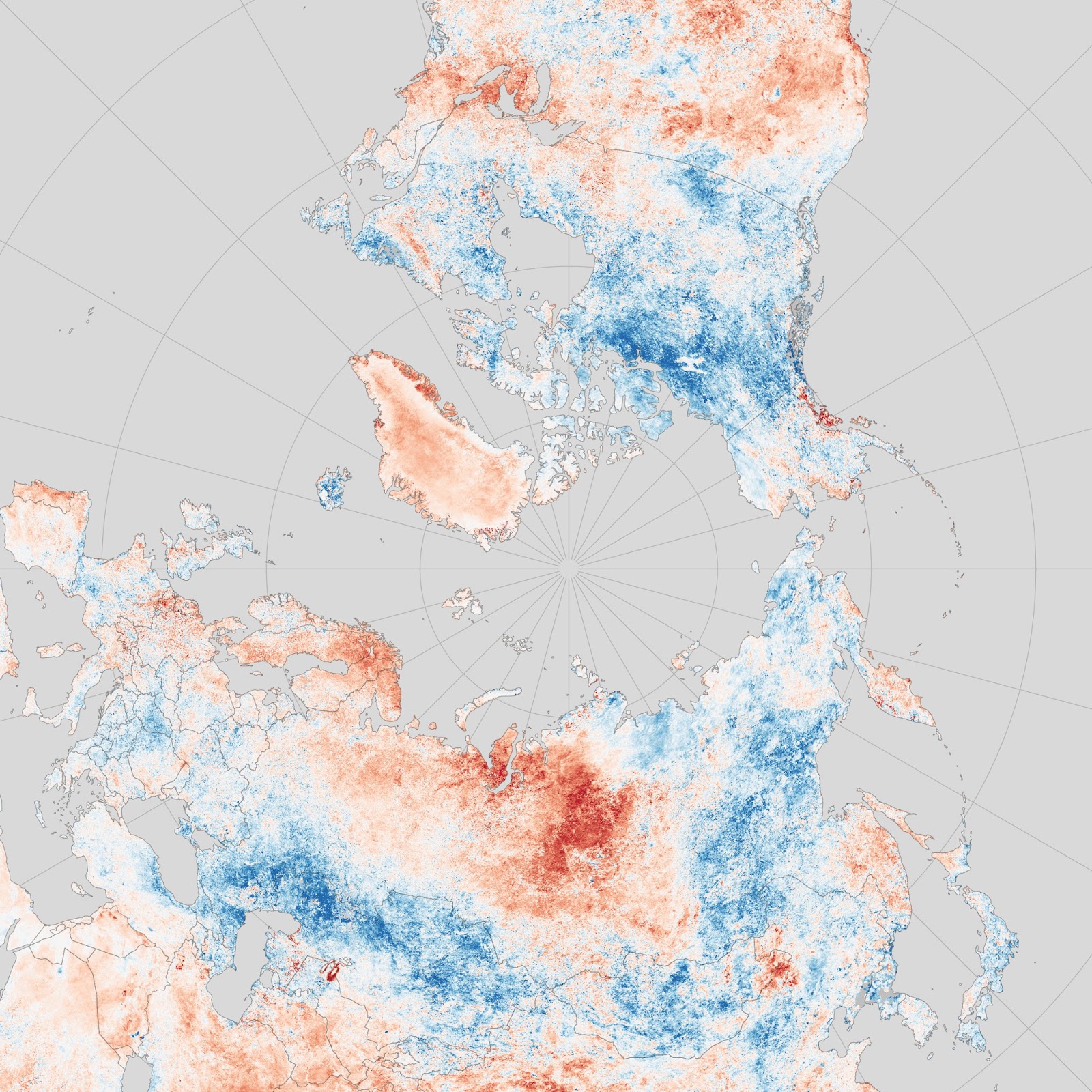 The six-month period from January to June was the warmest half-year on NASA’s global temperature record, with an average temperature that was 1.3 degrees Celsius warmer than the late nineteenth century.