Green urban areas, and to a certain extent also water areas, contribute to cool the city. It can be expected that a high share of green areas reduces the urban heat island effect and provides access to cooler open space. The actual effect depends however on more variables, like the size distribution and position of the areas, wind pattern etc.

Population density can also be used as an indication for the urban heat island effect. High population desities are associated with the lack of green space, high building mass, high production of anthropogenic heat per area. 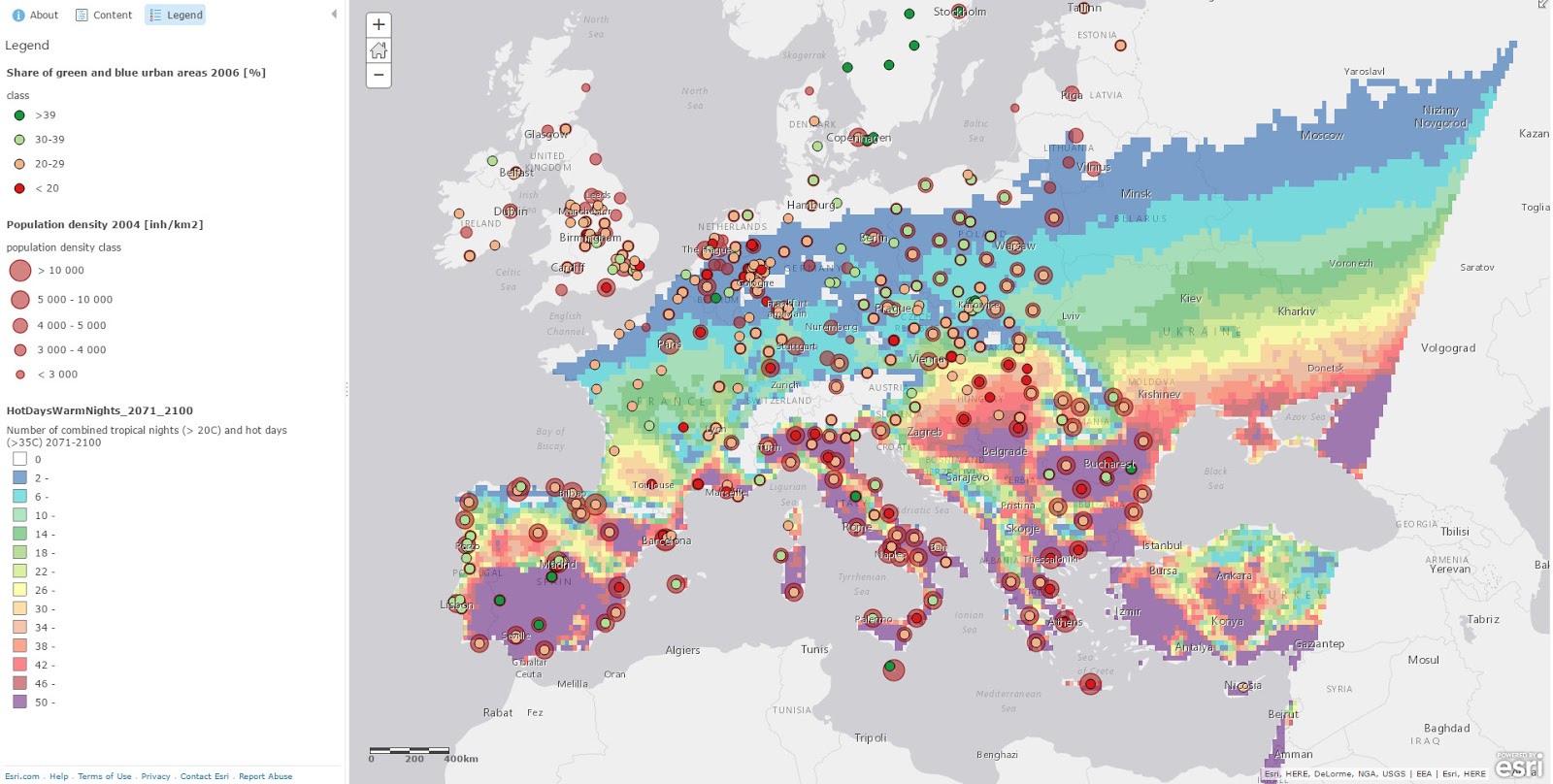