Heat, population movements likely to both stress the grid 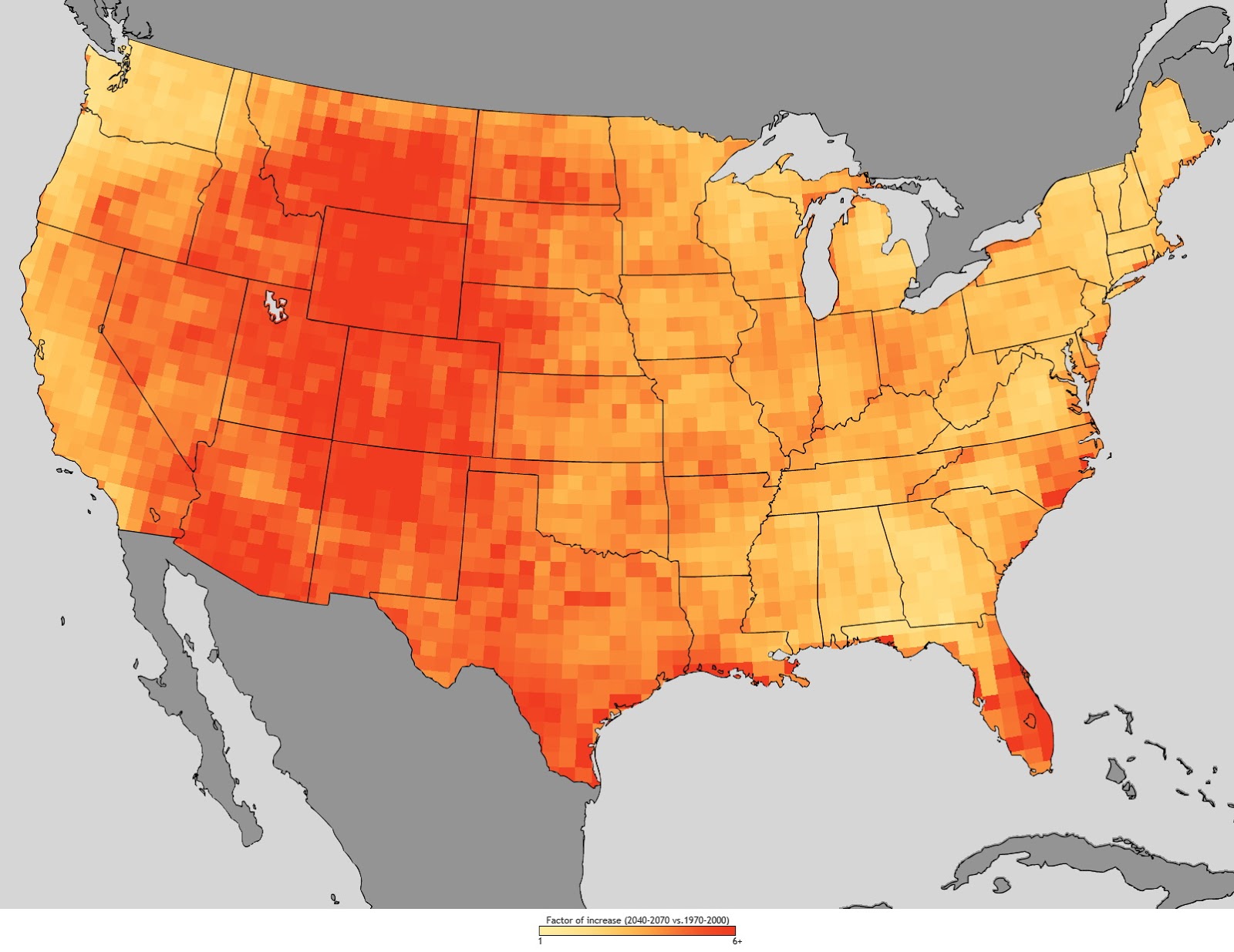 
This summer has been particularly hot across the US, and scorching temperatures have forced most of us to take refuge somewhere with air-conditioning. This leads to high electricity demand, especially in the hottest regions. As climate change continues, we are likely to experience similar hot temperatures more frequently.

Climate change modeling also forecasts that these increased temperatures will result in increased storm intensity and flooding. These types of extreme weather-related events could have a profound impact on the population distribution, if populations shift away from regions affected by extreme storms.

Combined, the change in weather and population movement can present regional infrastructure challenges due to significant changes in electricity demand. Understanding where electricity service is most vulnerable is of utmost importance if we're going to plan ahead for these future challenges. In an investigation recently published in Nature Energy, researchers have predicted how this combination of climate and population stresses will influence electricity demand using high-resolution, spatially explicit tools.

Through a combination of satellite measurements of existing populations and climate model projections, the researchers examined how people will respond to changes in temperature and increases in hurricane intensity (modeling a 2005-like hurricane season) to understand the power grid’s sensitivity. They focused on developing a method of forecasting regions where the power grid would be most vulnerable to stresses.

Their new approach improves on available regional predictions because it's able to identify current and future vulnerabilities at representative service area locations. In addition, it can be used to evaluate how sudden weather-related population shifts influence the electricity demand vs. capacity.

Using this technique, the team has mapped out changes in electricity demand by service area from 2011 to 2050.  Overall, the regions of the grid that bear the biggest burdens are those serving small populations. Additionally, the model confirmed what you'd expect: a large population influx to any service area creates a large stress on the existing infrastructure.

The team forecasts the highest increases in electricity demand will occur in Oklahoma (33.1 percent), Arkansas (33.1 percent), and Texas (25.3 percent). In regions of Texas with low population, there are also dramatic shifts in demand: several service areas that see large decreases in demand are located next to ones that see a surge in demand. More densely populated areas of Texas, such as Dallas, San Antonio, and Houston, saw little change in the percent of demand for electricity.

This study shows the importance of understanding the full impact of climate change, which is likely to include population shifts, in order to ensure we have sufficient power grid infrastructure. While events like these recent heat waves are likely to boost demand, they're not the only thing that's going to stress out our grid.