The average yearly counts of lightning flashes per square kilometer 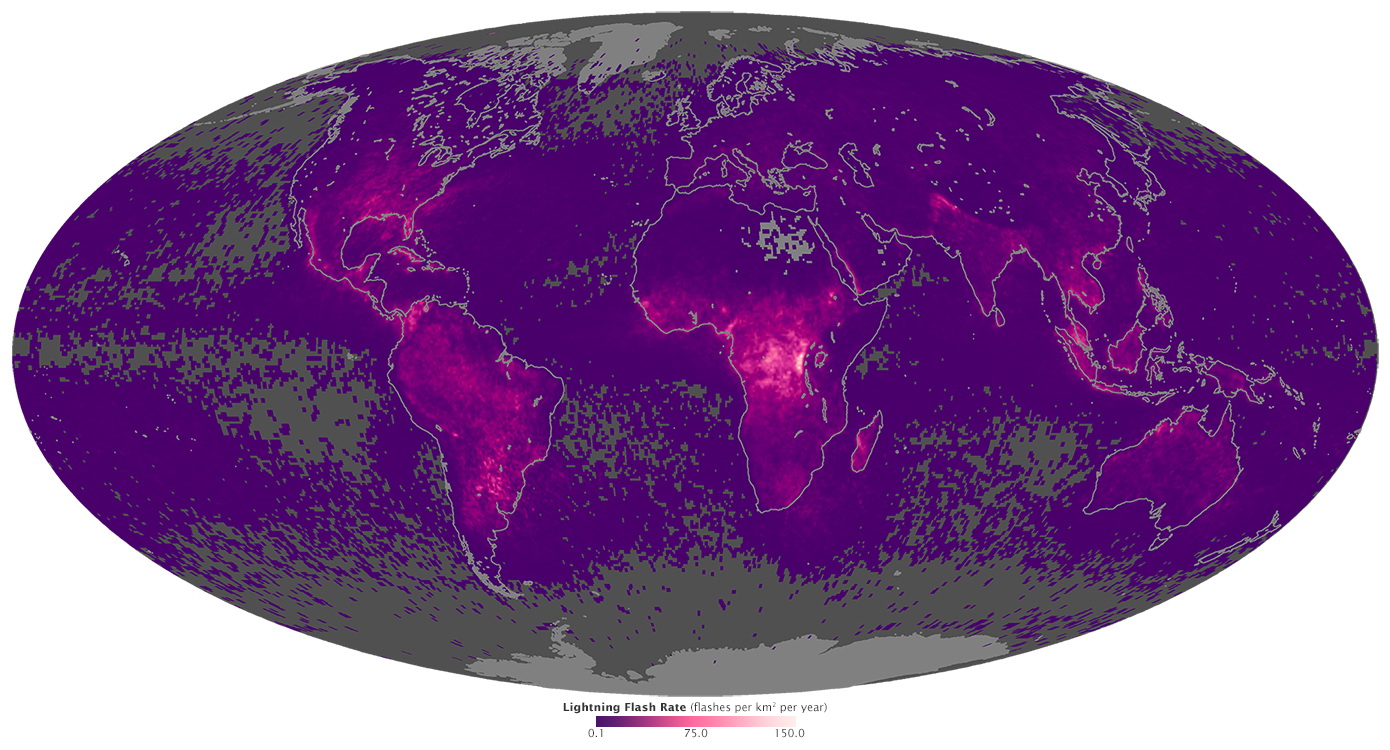 The map is based on data collected from 1998 to 2013 by the Lightning Imaging Sensor  on NASA’s Tropical Rainfall Measuring Mission satellite, and from 1995 to 2000 by the Optical Transient Detector on the OrbView-1/Microlab satellite.