The main stem of the river and its myriad channels appear deep blue, winding from bottom left toward center right. To the west of the river, shallow lakes appear electric blue. The surrounding landscape reveals the Manchurian Plain in shades of brown, crossed by pale lines (roads) and spots (villages and towns). 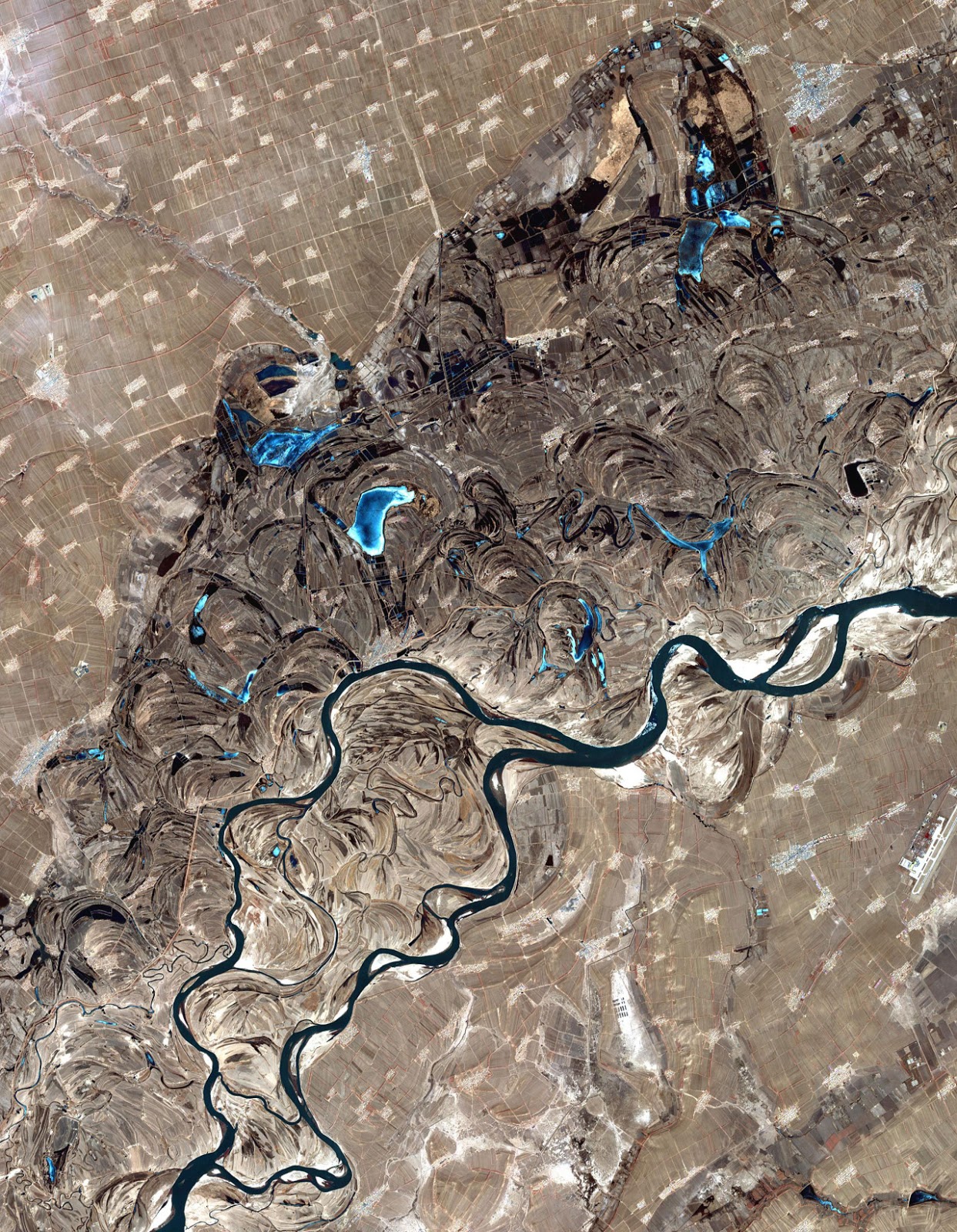 The area in this picture is about 32 kilometers by 41 kilometers, and is centered near 45.4 degrees North latitude, 126.9 degrees East longitude.

The extreme flatness of the Northeastern China Manchurian Plain has caused the Songhua River to meander widely over time. The result of the meandering is that the river is surrounded by a wide plain filled with swirls and curves, showing paths the river once took. The plain includes classic features of meandering rivers, such as ox-bow lakes—semi-circular lakes formed when a meander is cut off from the main channel by river-deposited sediment. Meandering rivers shift their positions across the valley bottom by depositing sediment on the inside of bends while simultaneously eroding the outer banks of the meander bends.