Between 1975 and 2014, the worldwide prevalence of adult obesity tripled

The researchers compiled data from 1,698 obesity-related studies, covering 19.2 million people in 186 countries. They then used the information to estimate the distribution of body mass index (BMI) for every country in the world, for every year from 1975 to 2014. 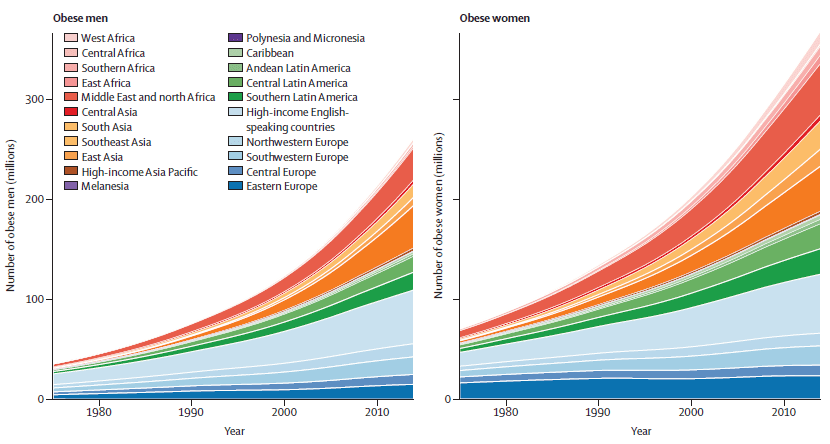 The study also estimates that 2.3% of the world’s men and 5% of the world’s women are severely obese. In 1975, the prevalence of severe obesity was just a fraction of 1% for both genders. 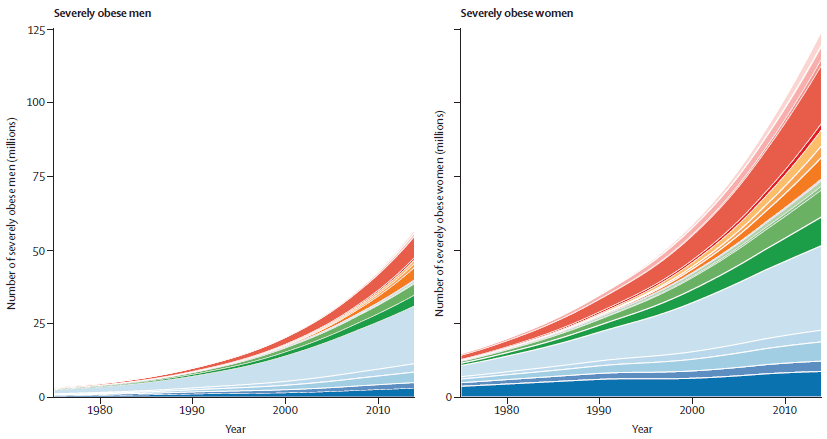 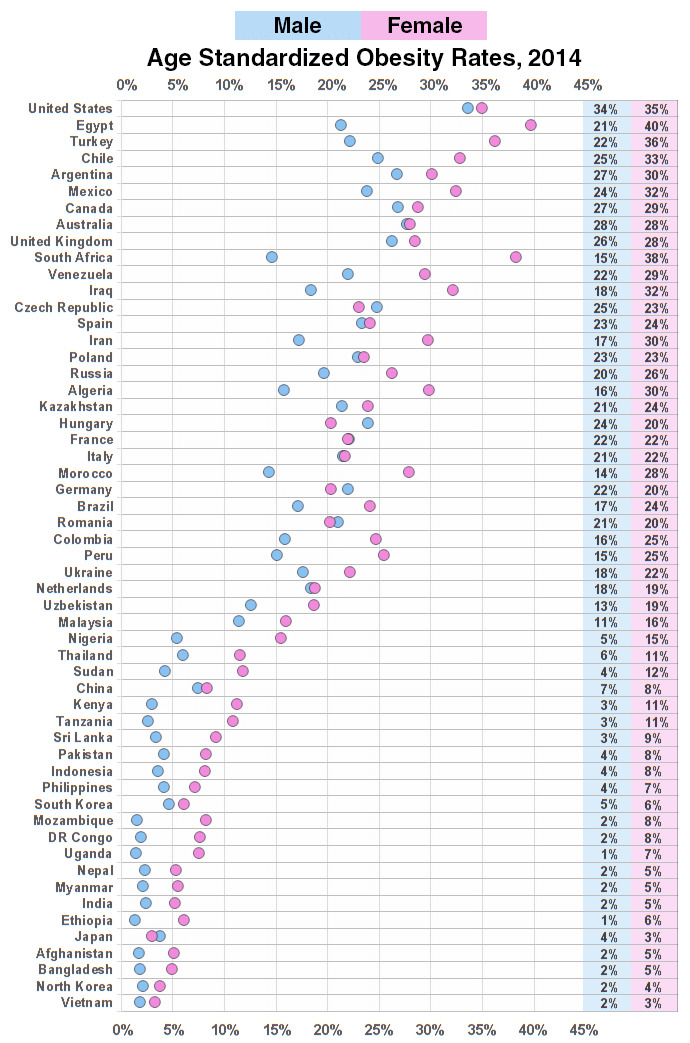