How were cities distributed globally in the past? How many people lived in these cities? How did cities influence their local and regional environments? In order to understand the current era of urbanization, we must understand long-term historical urbanization trends and patterns. However, to date there is no comprehensive record of spatially explicit, historic, city-level population data at the global scale. Here, we developed the first spatially explicit dataset of urban settlements from 3700 BC to AD 2000, by digitizing, transcribing, and geocoding historical, archaeological, and census-based urban population data previously published in tabular form by Chandler and Modelski. The dataset creation process also required data cleaning and harmonization procedures to make the data internally consistent. Additionally, we created a reliability ranking for each geocoded location to assess the geographic uncertainty of each data point. The dataset provides the first spatially explicit archive of the location and size of urban populations over the last 6,000 years and can contribute to an improved understanding of contemporary and historical urbanization trends. 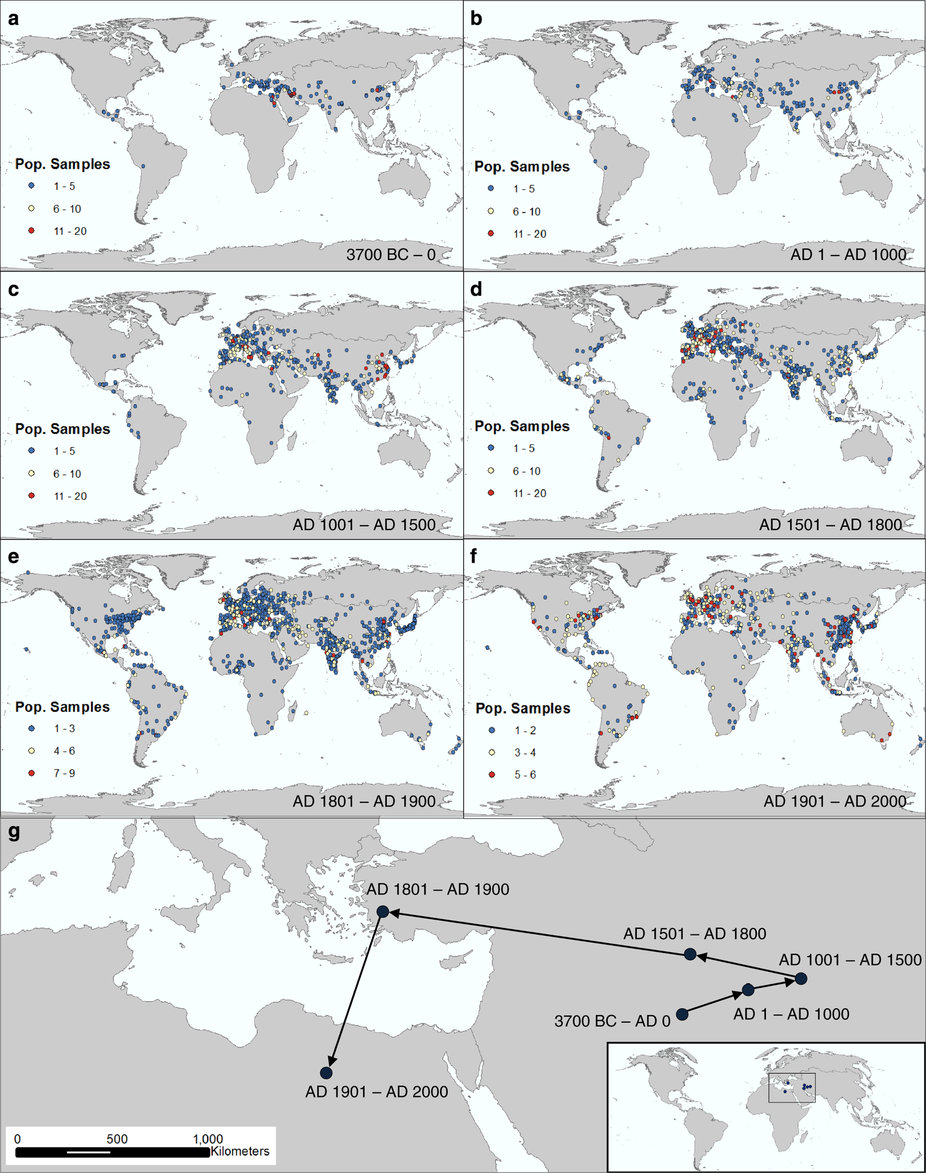 (a–f) illustrate both the spatial and temporal frequency of city-level population points for different time periods. (a–d) represent the pre-modern period, from 3700 BC–AD 1800, and use the same scale to measure frequency of data points per city. (e,f) represent the modern period and shorter time frame per period and therefore the frequency scale is shorter and separated into thirds. (g) illustrates global mean centers (GMCs) for the same time periods. Each GMC is weighted by city population for each data point and was calculated and is pictured in the Goode Homolosine projection (Meredith Reba, Femke Reitsma & Karen C. Seto).